If you’re reading this before 2 p.m. today (Tuesday, Feb. 28), some 800 Minnesotans from all parts of the state are at the newly renovated Capitol right now, talking with their legislators about the arts. It’s Arts Advocacy Day, organized by Minnesota Citizens for the Arts (MCA), the biggest arts networking day of the year.

MCA is the nation’s oldest, most successful state arts advocacy organization. Because of MCA, Minnesota is the only state with arts funding written into the state constitution. The Legacy Amendment, passed on Arts Advocacy Day 2008, ensures 25 years of dedicated funding for the nonprofit arts.

Just because the money is there doesn’t mean some legislators won’t try to poach it. (In 2011, some Republicans suggested that Legacy money be used to finance the Vikings stadium.) Protecting the funding takes constant vigilance. With both the Minnesota House and Senate now controlled by Republicans and new chairs heading key committees, MCA has its hands full. Add to that the very real possibility (some say inevitability) that the Trump administration will cut all federal funding for the arts, eliminating the National Endowment for the Arts and the National Endowment for the Humanities and privatizing the Corporation for Public Broadcasting, and it’s no wonder this year’s Arts Advocacy Day drew double the usual number of attendees. 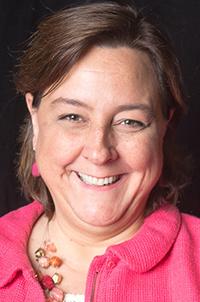 We spoke with MCA Executive Director Sheila Smith by phone on Sunday afternoon.

MinnPost: Each year’s Arts Advocacy Day has a “message of the day.” What is this year’s message?

Sheila Smith: “Please protect the 47 percent of the Arts and Culture fund that’s dedicated to the State Arts Board and Regional Arts Council system.” It’s a mouthful, but it’s basically “protect the 47 percent.” For those folks on the state government finance committee, it’s “Maintain the General Fund.” [Note: Arts funding in Minnesota is a combination of Legacy dollars and money from the general fund.]

MP: What are your biggest concerns at the moment about support for the arts in Minnesota?

SS: I’m worried about complacency. People don’t realize you have to go back to the Capitol every year and make sure that the resources are secured to ensure access to the arts for all Minnesotans. Some of it is educating folks to understand that they need to pitch in and talk to their elected officials to make sure the officials know that Minnesotans support the arts and want their officials to be supportive of the arts.

On the federal level, no actual proposals have been placed on the table to delete the cultural agencies. So far, it’s been rumor and intelligence. We’re gearing up for what is rumored to be problems on the federal level, but without any actual budget proposals that do anything to the cultural agencies. We think we have a lot of friends in Congress on both sides of the aisles who will help retain the cultural agencies. Particularly in Minnesota, our congressional delegation is incredibly supportive of the arts and culture. Of our 10 members of Congress, eight are members of their respective arts and culture caucuses. So we’re in a very good position.

MP: What are the most important takeaways from the latest “Creative Minnesota” study?

People are kind of amazed at how large the sector is here. If you compare Minnesota to surrounding states, for example, we have more than double the arts economy of Wisconsin, even though we have roughly the same population. We had a much bigger arts sector even before the Legacy Amendment was passed.

No other state in the Midwest has the depth, complexity, and importance placed upon the arts and culture that Minnesota does. It’s really something. It’s sort of in our state personality, and it sets us apart from a lot of the rest of the country. Granted, you still have New York and Los Angeles that are ahead of us in sheer dollar amounts, but in terms of density – the percentage of the population that participates in the arts, that personally produces and creates art – we’re higher than the rest of the country.

A lot of people are working really hard to make Minnesota that great, including 104,000 artists and creative workers, which we’ve been able to quantify for the first time.

MP: What can we as individuals do to support the arts in MN?

SS: You should attend the arts, purchase the arts, participate in the arts, and tell your elected officials to support the arts. We need to be vigilant in being advocates for the arts all the time.

Wednesday at the Parkway: Rain Taxi Presents An Evening with George Saunders. Will this be remembered as the Author Event of the Year? Our Magic Eight Ball says “Outlook good.” Saunders, whose short story collection “Tenth of December” was a widely praised New York Times best-seller and National Book Award finalist, has just released his eagerly awaited first novel, “Lincoln in the Bardo.” Saunders will read from it and talk about it with Rain Taxi editor Eric Lorberer. Your $35 advance ticket gets you in the door, plus you leave with a signed copy of the hardcover book ($28, aka priceless). All ticket holders will be entered in a raffle for a prize to be awarded at the event. 7 p.m. FMI and tickets.

Thursday at the U’s Continuing Education and Conference Center: Headliners: “Cyber Crime: From Phishing to The Dark Net.” Mark Lanterman is a cyber-security specialist with 28 years of experience that includes the private sector and the U.S. Secret Service Electronic Crimes Taskforce. He’ll likely scare the daylights out of everyone present when he discusses recent high-profile cyber-crime events, website breaches, the Dark Web, the Internet of Things, phishing and Wi-Fi attacks. Wonder what he’ll have to say about Amazon’s Alexa and Google Home. On the St. Paul campus. 7 p.m. FMI and registration ($20).

Thursday at the Film Society’s St. Anthony Main Theatre: 8th Annual Minnesota Cuban Film Festival. For six consecutive Thursdays (this is the second), the Film Society is screening contemporary Cuban films, all with English subtitles. Here’s the line-up: March 2: “Free Cuba,” set in 1898, views the defeat of Spain and the arrival of the Americans through the eyes of two children. March 9: “Dancing with Margot” begins on the eve of the Cuban Revolution. March 16: “Community Doctors” is a documentary about young Americans who were awarded full scholarship to study medicine in Havana. March 23: “Memories of Overdevelopment” is the first Cuban dramatic feature film with scenes filmed in both Cuba and the U.S. It had its world premiere at Sundance in 2010. March 30: “Black Roots of Salsa.” A journey into Afro-Cuban dance and music. All films are at 7 p.m. FMI and tickets ($8).

April 4, 1984, was the day when a fictional character named Winston Smith began keeping a secret diary, a way of rebelling against his oppressive government. In the movie “1984” – which came out in 1984 – John Hurt stars as the protagonist of George Orwell’s dystopic novel, which recently became a best-seller again. On April 4, 2017, some 90 art-house movie theaters across the country (current count) will screen the classic film on what’s being called a National Event Day. April 4 is a long way away, but the Film Society’s St. Anthony Main Theatre 3  is not a big place, so if you want to attend the 7 p.m. screening there, get your tickets now ($8.50).

Four questions with Sheila Smith of Minnesota Citizens for the Arts