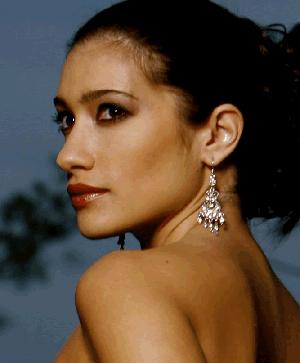 Courtesy of the artist
Catalina Cuervo

An opera with sensual tango music and smoking hot singers; a tale of passion, seduction, death and dreams, played out in a 100-year-old former machine shop steps from the Mississippi. Announced last night at a members’ event, the Mill City Summer Opera’s 2017 season already sounds like one of the summer’s steamiest tickets.

The opera: “Maria de Buenos Aires,” with nuevo tango score by Argentinian composer Astor Piazzolla and libretto by Uruguayan-Argentinian poet Horacio Ferrer. The venue: the Machine Shop, a renovated space near St. Anthony Main that was once part of the Pillsbury Mill. The Ruins Courtyard at Mill City Museum, MCSO’s usual venue, is undergoing restoration that will continue through the summer.

The cast is led by Colombian soprano Catalina Cuervo, who has sung the role of Maria more often than anyone. She is often paired – and will be paired here – with Mexican American baritone Luis Alejandro Orozco as El Payador, Maria’s lover in life and death. (The opera takes a surreal turn when Maria dies and returns as her own shadow.) Cuervo is known as the “Fiery Soprano,” and Orozco needs a nickname, too; how about “The Smoldering Baritone”? She is also a successful model; he has matinee-idol good looks. So far, they have sung “Maria” together at the Syracuse, Cincinnati and Anchorage operas, the Florida Grand Opera, and, earlier this month, the Atlanta Opera. Both will be making their Minnesota debuts.

The tango is an alluring dance. Once you’ve seen it, you might want to try it yourself. Before each performance, dancers from the opera will offer dance instruction. After, audience members will be invited to stay and dance among the cast.

This will be the sixth year the MCSO has brought an opera to the Twin Cities in July. For many, this has become a highlight of the summer. This year’s dates: July 14 (opening night), 16, 18, 19, 20. In all five previous seasons, regular seating tickets have sold out within three days of the sale date. Opening night tickets are on sale now online or by phone at 612-875-5544. All other tickets will be available online starting May 15.

Brandon Kuehn makes paranormal art. Sally Power marbles paper. Chiaki O’Brien weaves. Sam Miltich plays jazz guitar. They all have something in common: In their art, they find themselves. In Sunday’s new episode of “MN Original,” we spend a little time with each artist.

At Banfill-Locke Center for the Arts, Brandon Kuehn and ghost hunter Kevin Swanson attempt to communicate with ghosts. Kuehn travels around Minnesota to places with reputations for mysteries, myths or sightings, then brings what he learns into his paintings. He sees the paranormal as a window into what’s out there that we don’t know, and he has his nose pressed against the glass.

Sally Power gets a warm, satisfied feeling from the color combinations she creates as she marbles paper at the Minnesota Center for Book Arts. Dropping colored inks into water, combing through them with a special tool, she creates beautiful, ephemeral, one-of-a-kind patterns she transfers to paper. It probably looks a lot easier than it is.

Chiaki O’Brien specializes in Saori weaving, a relatively new form of weaving she learned in Japan and brought to America. “When I weave, I can be myself,” she says. “It’s fine and free. It’s joy.” She has brought that joy to the “Bloom” group at White Bear Center for the Arts, a Saori weaving group made up of women with developmental disabilities.

Sam Miltich is a name known to many Twin Cities music fans who have seen him play at the Dakota. Hugely talented, he specializes in a type of music called “jazz manouche,” also called Gypsy Jazz or Hot Club Swing. “I find that for myself, improvisation is a kind of meditation,” he says. “I feel both completely alert and completely calm at the same time.”

“MN Original” airs Sunday night on TPT 2 at 6 p.m. and again at 10. Watch it online at mnoriginal.org. 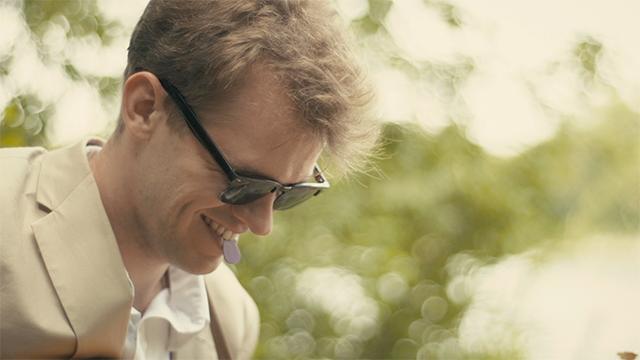 Tonight (Friday, Feb. 17) and tomorrow at Studio Z: “Playing It Close to Home.” Zeitgeist, the new music chamber ensemble, presents its annual concert of winning songs from their Eric Stokes Song Contest plus music by award-winning composer Mary Ellen Childs. Among Child’s works: the world premiere of a new piece commissioned by Zeitgeist and selections from her opera “Propeller,” music for prepared piano and “visual percussion” pieces. The concert will conclude with a multisensory sound installation created by Childs: three rooms filled with scents and music designed to pair with each one. New music, made here. 7:30 p.m. FMI and tickets ($15/$10 students and seniors).

Tonight and tomorrow at the Cowles: “Not a moment too soon.” Totally separate and independent from all the Merce Cunningham brouhaha at the Walker, this North American premiere is a rare look into Cunningham’s final years. He made new work up until his death in 2009, and Trevor Carlson was there to see it. Then executive director of the Cunningham Dance Foundation and Cunningham’s constant companion, Carlson had intimate access to the last 15 years of the choreographer’s life. Spanish artist Ferran Carvajal directs an interdisciplinary performance that includes dance, theater, music, text, never-before-seen video shot by Cunningham himself, and live narration and stories by Carlson. A portrait of a master, this is also a tribute to the 60-year friendship between Cunningham and Sage Cowles, for whom the Cowles Center is named. 8 p.m. both nights. FMI and tickets ($30). 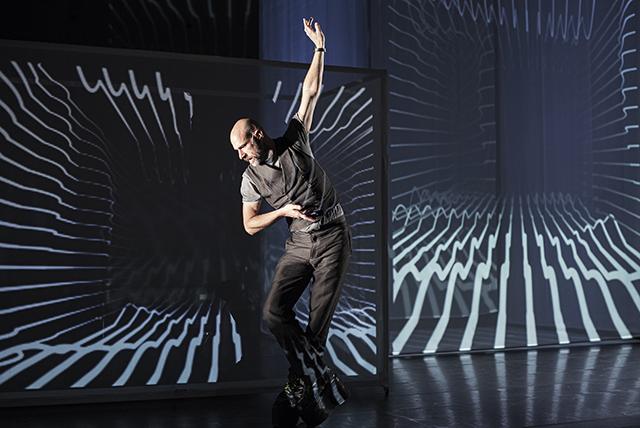 Tonight and tomorrow at Macalester’s Mairs Concert Hall: “Medea.” Samuel Barber’s opera, originally written for Martha Graham, directed by Barbra Berlovitz and featuring the full Macalester Orchestra. This interdisciplinary production presented by the Macalester Theatre and Dance and Music departments will feature original choreography by Wynn Fricke interspersed with scenes from Euripides’ play, translated and adapted by Berlovitz. Some big names and heavy hitters here; this could be really interesting. 8 p.m. both nights. Tickets $5 at the door or call 651-696-6359.

Saturday at Augsburg’s Si Melby Hall: “Steve Wozniak: Learn Different.” In 1978, with his friend Steve Jobs, Wozniak co-founded a company that became one of the world’s most powerful and valuable brands. This event is described as “a conversation on the importance of innovation, creativity and education in an increasingly connected world,” which doesn’t sound especially fascinating, but we think that hearing Woz speak will probably be pretty amazing. Doors at 10 a.m., talk at 11:15. General admission, first-come, first-served. FMI and tickets ($20 general public, $10 students),

Sunday at Plymouth Congregational Church: Literary Witnesses: Emilie Buchwald. Founder of the literary journal Milkweed Chronicle, former publisher of Milkweed Editions and Gryphon Press, winner of nearly every publishing award Minnesota offers and the National Book Critics’ Circle Award for Lifetime Achievement, Buchwald is also a poet. Her new poetry collection, “The Moment’s Only Moment,” is just out from Nodin Press, and she’ll read from it Sunday starting at noon, before what should be an admiring crowd. 12 p.m. Free.

Sunday at a movie bigaplex near you: “George Takei’s Allegiance.” Sunday is the Japanese American Day of Remembrance and the 75th anniversary of Executive Order 9066, signed and issued by President Franklin D. Roosevelt, which cleared the way for the internment of Japanese Americans. It’s a good day to see Takei’s Broadway musical, based on his personal story of his family’s imprisonment during World War II. This event will begin with an introduction from Takei and end with behind-the-scenes footage and interviews with the cast and creators. 12:55 p.m. Go here and enter your city or ZIP to find the theater near you.

Monday at sites along bus routes and the Red Stag Supperclub: This Machine (Not My President’s Day Minneapolis Saint Paul). Hosted by choreographer Sally Rousse and multimedia artist Jess Kiel-Wornson, this is the Twin Cities’ chapter of an international resistance party to be held in venues across the U.S. and Europe. Minneapolis writer Sheila Regan covered the big picture in an article for American Theatre magazine. From 4:30-6 p.m., find a public action at various sites along the #4/6, #11, #2, and #61 bus routes. Then head to the Red Stag for an evening of music, dance, poetry, performance art and general revelry. Here’s the Facebook page FMI.