Artscape is taking Friday and Tuesday off and will return next Wednesday.

Valentine’s Day is just around the corner. If you hate the Hallmark holiday (actually, it isn’t one of those, but its origins are grim), skip to the picks. But if you’re looking for something in the arts and out of the ordinary, here are five solid suggestions. Experiences make memories. 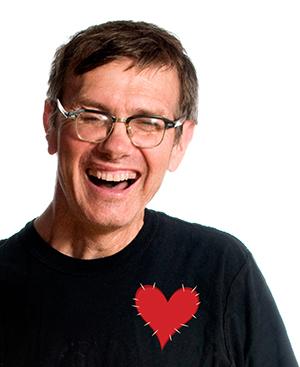 Kevin Kling is such a great storyteller. His tales are full of wonderful details, wit, nostalgia and warmth, and there is no meanness in them. With musical friends Dan Chouinard, Bradley Greenwald, Prudence Johnson, Simone Perrin, Claudia Schmidt and Dane Stauffer – as fine a line-up as you’ll find anywhere – he’ll lead “The Love Show” at O’Shaughnessy, an evening of stories, songs and sing-alongs. With special guest Ali Selim, writer and director of “Sweet Land.” 7 p.m. Tuesday, Feb. 14. FMI and tickets ($29).

Lerner & Loewe’s “Camelot” has a bittersweet ending, but the road to it is sweetly romantic (the King Arthur and Queen Guenevere part), then achingly, sadly romantic (the Guenevere and Sir Lancelot part). Chanhassen Dinner Theatre has mounted a splendid production with a strong cast: Keith Rice as Arthur (in his 41st Chanhassen production), Helen Anker as Guenevere, Aleks Knezevich as Lancelot and Tony Vierling as bad, bad Mordred. Plus they know how to prepare and serve dinner for a crowd. If they don’t have a special V-Day dessert, get the big-as-your-head chocolate cake. If they don’t have a table to your liking (sales have been brisk for Feb. 14), buy tickets for another night and tuck them into a V-Day card. FMI and tickets. Ends Feb. 25.

There’s a new performing arts venture in town: Out of the Box. Its goal: to bring high-quality, low-cost opera to a new audience. Its first event, “Love Lost, Love Found,” happens on Valentine’s Day at the Weisman Art Museum, where some of opera’s emerging stars will sing songs of passion, love, loss and renewal. After the concert, stick around for complimentary hot drinks and sweet treats. Out of the Box’s artistic director is David Lefkowich, who’s also AD of the Mill City Summer Opera. 7 p.m. FMI and tickets ($25/$10 students).

You don’t have to celebrate V-Day precisely on Feb. 14. On Saturday, Feb. 11, MacPhail will hold an old-fashioned Schubertiaden, an informal gathering with music, conversation and wine. “Schubert: A Love Letter to Music” will start with songs and piano music in the lobby of Antonello Hall, move inside for a performance of Schubert’s Octet in F Major, then exit to the lobby for more music and socializing. Actor Ryan Lear will play the composer, reading excerpts from Schubert’s letters and diaries. 7:15 p.m., concert at 8. FMI and tickets ($25/$15).

Nothing says “I love you” like a hot iron pour. Coming up at Franconia Sculpture Park, also on Saturday, Feb. 11, this annual event features behind-the-scenes tours and plenty of molten metal (mostly from old radiators). If it’s not too cold (and it shouldn’t be), take a walk around the 43-acre park with its 100+ large-scale contemporary sculptures. 12-5 p.m. Free. 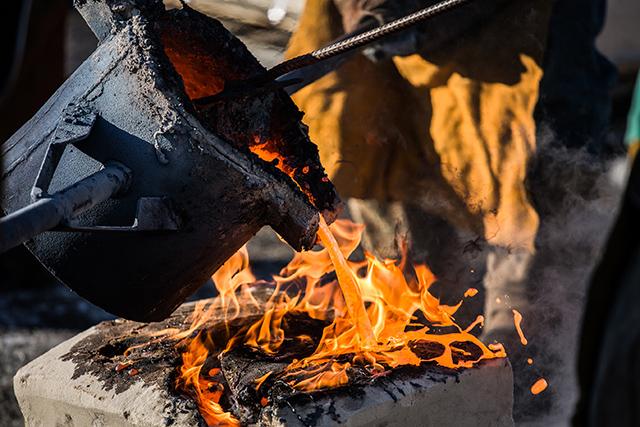 Tonight (Thursday, Feb. 9) at the Arlington Hills Library: Hmong Chronicles 3: A Transfer of Voices Across Mediums. A Hmong Museum event with National Book Critics Circle finalist Kao Kalia Yang and her father, song poet Bee Yang. His poetry, interpreted by his daughter, will take listeners on a journey through the life experiences of Hmong refugees. Light appetizers and a book signing. 6-8 p.m. FMI. Free.

Starts Friday at the Uptown: Oscar Nominated Short Films: Animated and Live Action. Because it’s better to see them on the big screen. (Oh, joy: there’s a new Pixar in the animated films!)  FMI including trailers, times and tickets.

Opens Friday at the Red Eye Theatre: “Marie Antoinette.” A young queen lives in a gold-plated world mired in scandal while her people suffer. Will they accept her lavishness or rise together to stand against oppression and inequality? At least we know how this story ends. Jane Froiland stars as the queen of France in Walking Shadow’s production of David Adjmi’s play, directed by John Heimbuch. Adult language. 7:30 p.m. FMI and tickets ($26-$10). (Pssst: Pay-what-you-can on Valentine’s Day.) Ends March 4.

Opens in previews Saturday at the Guthrie: “King Lear.” This is the Guthrie’s first Lear since the 1995-96 season, when Garland Wright was artistic director (though Sir Ian McKellen notably portrayed Lear in a Royal Shakespeare Company production at the Guthrie in 2007). Joseph Haj takes the reins this time around, casting two actors as the mad king: Nathaniel Fuller and Stephen Yoakam. Who else wants to see both? Check the performance schedule to learn who’s Lear when. The cast also includes Nathan Barlow, Shá Cage, Sun Mee Chomet and J.C. Cutler. 7:30 p.m. FMI and tickets ($15-$59 previews, $29-$77 after).

Sunday at the Film Society’s St. Anthony Main Theatre: “Deconstructing Sgt. Pepper’s Lonely Hearts Club Band.” This has to be the nerdiest Beatles movie ever made. Scott Frieman is a computer scientist, composer, producer, musicologist and internationally recognized expert and lecturer on the music of the Fab Four. “Sgt. Pepper” is one of the most influential albums of our time. Learn the history behind the music, the Beatles’ creative process and their innovation in the studio. 1 p.m. FMI and tickets ($8.50). 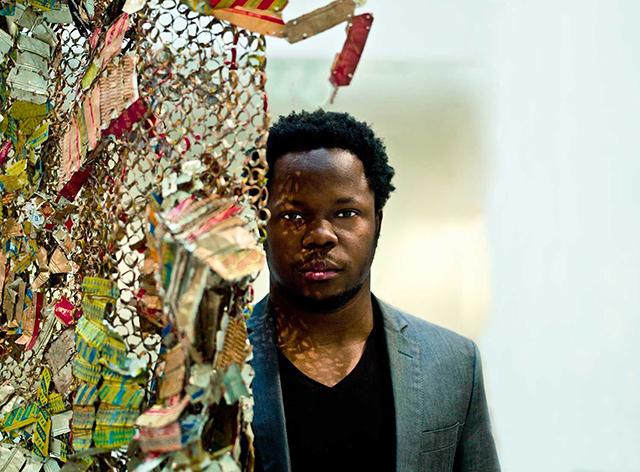 Courtesy of the artist
Ambrose Akinmusire

Next Thursday (Feb. 16) at the O’Shaughnessy: The Maria Schneider Orchestra: “The Thompson Fields.” We spoke with the Windom-born, New York-based jazz composer a few months after this magnificent album came out – and before it won the Grammy (her fifth) for Best Large Jazz Ensemble. Schneider is bringing her orchestra to the O’Shaughnessy as part of its Women of Substance series. 7:30 p.m. FMI and tickets ($35-65).

Norah Jones was considered a jazz singer (though some people would argue with that) when her first album, “Come Away with Me” (2002), sold more than 11 million copies and won eight Grammys. She has since made folk/country, honky-tonk country and pop records of her own while sitting in on albums by Danger Mouse, Q-Tip, OutKast and Robert Glasper. With her latest, “Day Breaks,” she’s back to jazz with a band that includes saxophonist Wayne Shorter, drummer Brian Blade and B-3 organist Dr. Lonnie Smith. She’s coming to the Northrop on Saturday, June 3. 8 p.m. FMI and tickets ($58/$71).