Whether you schedule your staycation around the Minneapolis St. Paul International Film Festival (MSPIFF) or pick-and-choose from its vast bouquet of offerings, today is the day you can start making plans. The full lineup for the April 13-29 festival has been announced, the website is ready for browsing, and Film Society members can start buying tickets at 11 a.m. (Tickets to the general public go on sale Thursday, March 30.)

In its 36th year, MSPIFF will bring more than 350 new films from more than 70 countries to the Cities (and Rochester), including some 160 features and 180 shorts.

What’s new this year? For you early birds, 9 a.m. and 11 a.m. screenings on Saturdays and Sundays. For you budget-minded film fans (aren’t we all): $6 tickets to the first screening of the day in all five cinemas at the St. Anthony Main Theatre, the festival’s home base. (Regular screenings are $13, $11 for Film Society members.) Also new, screenings at the Capri Theater in Minneapolis, along with the venues added last year: the Uptown, Metro State University’s Film Space in St. Paul and the Marcus Wehrenberg 14 in Rochester.

The Tribute program, introduced in 2016, returns and expands. The 2017 Master of Cinema honoree is Frederick Wiseman. Three of his films will be shown: “Boxing Gym” (2010), “Crazy Horse” (2011) and “La danse” (2009). A Skype conversation with Wiseman will follow the April 15 screening of “La danse.” The inaugural Minnesota Cinematic Arts Award will go to Oscar-winning filmmaker and activist (and Minnesota native) Sarah Pillsbury, who will attend screenings of three films she produced with Midge Sanford: “Desperately Seeking Susan” (1985), “And the Band Played On” (1993) and “River’s Edge” (1986).

A virtual and augmented reality exhibition (April 21-25) will include a selection of 11 VR projects and a panel. A new program called “Passages” will include films and conversations about shifting populations and politics, identity and social change. Another called “Frame Forward” will present nontraditional, avant-garde features and shorts. More than 80 Minnesota-made films will be featured, including Keri Pickett’s “First Daughter and the Black Snake,” a profile of Winona LaDuke; both Pickett and LaDuke will attend.

The opening night film, “The Lost City of Z,” based on David Grann’s best-selling true story, and the closing night’s “King of the Belgians” are Minnesota premieres. Special presentations include a showing of William A. Wellman’s 1927 silent “Wings,” with live accompaniment by France’s Prima Vista Quartet, performing Baudime Jam’s original score.

As always, MSPIFF will throw a host of parties and events – chances to mix and mingle with other fans and filmmakers. Recommended: the Lineup Reveal Party on April 5 at the Aster River Room and the XYZ Music Video Gallery Show at the Soap Factory on April 21. We won’t be going to the Gateway Bug Banquet with Andrew Zimmern at Gyst Fermentation Bar on April 22, but you can if you want. (“The Gateway Bug” is a documentary about the American edible insect industry, eww eww.) Free panel discussions will feature national, international and local experts. More than 100 filmmakers and film subjects will attend their screenings. Jazz fans, this includes guitar great Bill Frisell, who’ll be here for the screening of “Bill Frisell, A Portrait.”

Last year’s film festival was a record-breaker, with 45,158 attendees.

Friday at the Film Society’s St. Anthony Main Theatre: “Contemporary Color.” The opening night film for last fall’s Sound Unseen Film & Music Festival returns for a full week. We saw it in November and wrote this: “After ‘stumbling on’ a Color Guard performance – maybe he caught a high-school halftime show? – David Byrne had the brilliant idea of creating a concert combining live music by big names (St. Vincent, Nelly Furtado, Zola Jesus, Nico Muhly and Ira Glass, tUnE-yArDs and Byrne himself) with performances by flag-flipping, saber-tossing, sequin-studded Color Guard teams from across the U.S. and Canada. It sounds kooky, but it’s fantastic.” FMI including trailer, times and tickets ($8.50; $5 on Tuesdays).

Friday-Sunday at the Guthrie: The Telling Project: “She Went to War.” Four female veterans – Gretchen G. Evans, Jenn Calaway, Racheal Robinson and Tabitha Nichols – tell their own stories of combat exposure and life in the military. The Telling Project uses theater to bridge the gap between civilians and the military; since 2008, it has produced 48 original performances in 20 states. This is part of the Guthrie’s Level 9 series in the Dowling Studio. FMI and tickets ($9). 50 minutes, no intermission. Mature language and content. Ends April 2. 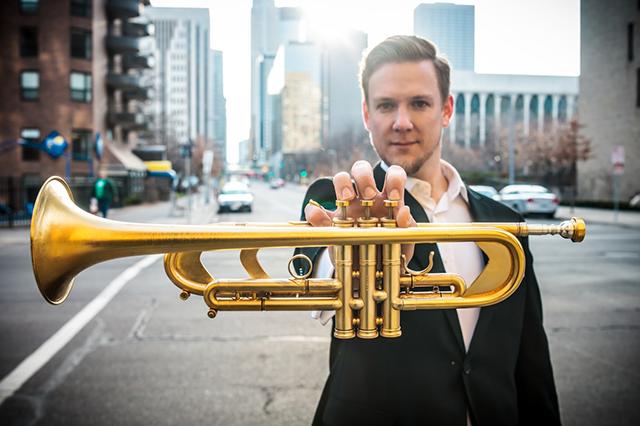