Three young girls in Murcia, Spain, wearing long white dresses and eating ice cream. The back of a chanting monk in Hiraizumi, Japan. Rice paddies at dawn in Bali. The tip of the Matterhorn, viewed across a pristine snow field. A Bedouin boy building a fire in Jordan.

These are a few of the images in “Time Zones: 20 Countries in 33 Photos,” which opens Saturday at Icebox Gallery. Despite the number of countries, this is a solo show. The photos were chosen from more than 30,000 taken by Tom Bartel, who has actually been to 63 countries, so far. He and his wife, Kristin Henning, have been traveling the world nonstop for the past seven years.

Bartel and Henning once lived in Minneapolis. They founded City Pages (originally Sweet Potato) in 1979 and sold it in 1997. After that, they published The Rake magazine from 2001-2008. They continued the Secrets of the City website until 2010, when they sold that to Taylor Carik. Then they sold pretty much everything else – their home in Kenwood and most of their stuff – and hit the road. In 2013, they started a blog called Travel Past 50, which now has 10,000 unique visitors each month. It’s full of stories, information, practical advice and Bartel’s photographs.

Many people who travel, for business or pleasure, can’t wait to get back to their own beds. In 2016, Bartel and Henning slept in 54 beds in 45 cities. When asked, “Don’t you sometimes miss your own bed?” Bartel said, “I like my bed. I’ve got a nice foam mattress from Costco that I love. But it doesn’t really compare with sleeping in Rome, even if the bed is kind of crappy.”

When we spoke with Bartel on Thursday, he was at home in St. Paul, a place where he and Henning touch down occasionally and briefly. Next up on their agendas: the Canary Islands, the Galapagos and Europe. 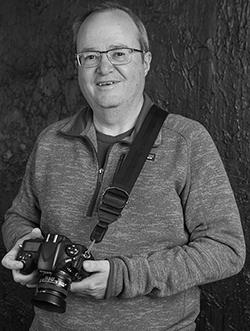 MinnPost: Of the 30,000 pictures you’ve taken, why did you choose these 33 for your show, and what do you want people to see?

Tom Bartel: I think all of them reflect a sense of the place where we happened to be. Sometimes it’s a beautiful landscape, sometimes it’s an interesting person. Sometimes it’s an abstract composition, and at other times it’s staring you right in the face. What they all mean to me are good memories of that particular place. To me, a successful photograph is not only aesthetically pleasing, but it also gives you a good sense of what it’s like to be there.

MP: Anthony Bourdain, someone else who travels a lot, wrote this for CNN: “Before I set out to travel this world, I used to believe that the human race as a whole was basically a few steps above wolves. … I have since come to believe that … we are essentially good.” Has travel changed your opinion of the human race? If so, how?

TB: I don’t know if it changed it. I think it informed it. When I went to Vietnam, for example, and visited the museum in Saigon, which has all these horrific images of the Vietnam War – they call it the American War – I mentioned to somebody that I was sorry that happened. They said, “That’s in the past. We prefer to look to the future. We’re friends with America now, and we’re definitely friends with Americans.”

There’s an almost universal sentiment among everyone we’ve met that people are people and we can all be friends. Governments are immaterial. We’ve certainly run into some jerks, but very, very few, and most of them have been Americans.

The only place where I’ve ever felt any sort of palpable tension was Israel. We were invited into a Palestinian home that was nothing but a shack. This guy had nothing in terms of what we think of having a life or a home. His sheep had been killed by Israeli soldiers. He showed us a photograph of his sheep, which had been shot. But he invited us in and gave us tea and cake, and we were his guests. That was an eye-opener.

Everyone has stories. Some have hard lives, some have easy lives. It’s all one big quilt. Everybody’s got a different color and a different story.

What I’m really happy about is that we now have friends all over the world. I think Mark Twain said that travel is fatal to prejudice, and I believe that to be absolutely true.

MP: What do you think are the main reasons why people should travel?

The stories being fed to the American people about other countries are very different from what you see if you go there. Health care is a great example. We’ve had to avail ourselves of health care in Japan and Spain. It would have cost thousands of dollars in the U.S.; there it was covered. Kris had to visit the ER in Japan and have stitches. That would have easily cost $2,500 in the States. They charged us $80. What people hear in the U.S. about how things work in other countries is simply not true a lot of times.

I would never say that this isn’t a great country, but other countries are good, too. People who never get out of this country to see that are cheating themselves. 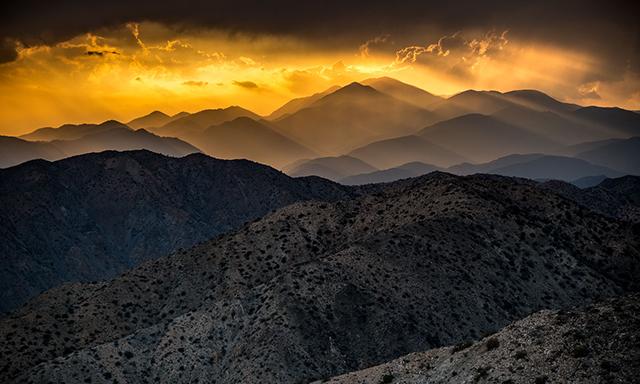 MP: Since your show at Icebox is a photography show, would you share a few travel photography tips?

TB: (Laughs) I’ve written a couple of blog posts about those. My No. 1 tip is get close. If you’re photographing people, walk right up to them and take their picture. Another one: If you’re shooting landscapes, get there early and get there late. There’s nothing better than dawn or sunset when it comes to beautiful light. And wean yourself from the automatic settings on the camera. That’s not to say you can’t take a picture with a point-and-shoot camera; you can and I have. But if you take the time to learn just a little bit about how the camera actually works, you can exert that control to get the point across that you want. Which is often, “This is a beautiful painting with light.” That’s what photography is: painting with light. 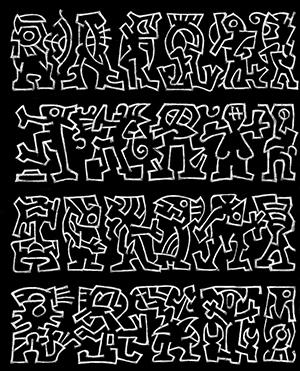 Courtesy of the artist
A page from Michael Jacobson’s “Action Figures: An
asemic hieroglyphic short novella from the future.”

Saturday at Minnesota Center for Book Arts: Asemic Translations. We had never heard the word “asemic” until MCBA opened its “Asemic Writing: Offline & In the Gallery” show earlier this month. Curated by writer and artist Michael Jacobson, it’s the first large-scale exhibition of asemic art in the U.S., with work by more than 50 international artists. Asemic writing is writing you can’t actually read; it’s wordless, abstract, experimental and illegible, more art than alphabet. Which means you can “read” it any way you want. We spoke with Jacobson at the opening, who explained that asemic writing is “about writers having the same fun that artists get to have. … If you think writing is important, this is the future, as far as writing goes.” At this event, presented by Rain Taxi and MCBA, several poets and scholars will “translate” asemic texts into performance and Ghostband will play. 7 p.m. Free.

Saturday at Northrop: Malandain Ballet Biarritz. This week is a double whammy in the Northrop dance season. On Tuesday and Wednesday, the dance company Kidd Pivot and the Electric Company Theatre performed a mind-blowing “Betroffenheit,” born from a real-life tragedy. Now comes a 22-member ballet company from southern France, dancing a new vision of the classic fairy tale “Beauty and the Beast” by artistic director Thierry Malandain. A spectacle with an uplifting finale, elegant costumes, and a romantic score drawn from Tchaikovsky’s symphonies, it’s also the Minnesota debut of the Biarritz ballet. 8 p.m. FMI and tickets ($54/$64/$74). Free performance preview at 6:45 p.m. in the Best Buy Theater.

Monday at Icehouse: Evil Genius. Before Minneapolis native Stefan Kac took his tuba and left for CalArts to earn his master’s degree, he played here with the Pan-Metropolitan Trio, Ingo Bethke, BronkowVision, AntiGravity, the Milo Fine Free Jazz Ensemble, and Bryan Nichols’ We Are Many, and with his own ensembles including the Consortium of Symphonic Transients (CoST). Kac lives in L.A. now, but he’s coming to Icehouse with his experimental trio Evil Genius, with Max Kutner on guitar and Mike Lockwood on drums. Their debut album, “Bitter Human,” was released in 2015 on the L.A. label Orenda Records and we hope to hear some of it on Monday during JT’s Jazz Implosion. 9:30 p.m. $10 at the door.

Tuesday at the Ames Center in Burnsville: Madeleine Peyroux and Rickie Lee Jones. The two distinctive singers – one with a voice like Billie Holiday, one who defies description and whose Grammy-studded career has been full of surprises – are touring together, something we never saw coming. At the Ames, they’ll perform solo sets and a few songs as a duet, including David Essex’s “Rock On,” which they have transformed into a powerful message about women’s rights and human rights. Here’s the video. Both are brilliant stylists and they sound amazing together. Jones’ latest album is “The Other Side of Desire” (2015), Peyroux’s is “Secular Hymns” (2016). 7:30 p.m. FMI and tickets ($83.50/$53.50).