Let’s go to the movies. For some reason known only to programmers, at least four see-worthy film series start this weekend. And don’t forget the 8th Annual Cuban Film Festival already under way at the Film Society’s St. Anthony Main Theatre.

First, the super-sized: Omnifest in the Science Museum’s Omnitheater. Five big movies on a 90-foot domed screen, running in rotation for two months. Go high above the Earth in “A Beautiful Planet,” filmed from the International Space Station and narrated by Jennifer Lawrence. Climb high above the clouds in “Everest,” the top-grossing IMAX film of all time, filmed, coincidentally, during the 1996 Everest disaster captured in Jon Krakauer’s book “Into Thin Air.” Liam Neeson narrates. Dive deep in “Search for the Great Sharks,” a Science Museum original production that brings you nose-to-nose with these ancient predators.

Ride the length of the world’s greatest river in “Mystery of the Nile” with the first explorers in history to travel the whole darned thing, all 3,260 miles, in a single descent. Join narrator Meryl Streep for “To the Arctic,” which follows a mother polar bear and her two cubs as they struggle to survive in a frigid environment of immense beauty – and melting ice. This film is brand-new to the Omnitheater. FMI, show times and tickets. Ends May 4.

Moving to the tiny Trylon: A Century of Women Filmmakers. Did you know “Wayne’s World” was directed by a woman? No way. Way! The microcinema on Minnehaha Ave. will feature 13 films by 13 women directors in a range of genres, the earliest from 1916 and the most recent from 2010. Some are famous (“Wayne’s World,” “Point Break,” “Desperately Seeking Susan,” “Fast Times at Ridgemont High”), some obscure, one (“Beau Travail,” a loose retelling of Herman Melville’s “Billy Budd”) is super-rare, screening courtesy of the French Embassy. FMI, show times and tickets. Ends May 28.

Also at the Trylon: Timepieces: Period Films Trapped in Their Moment. You know when you’re watching “2001: A Space Odyssey” and you see the Pan Am logo? This quirky series is sort of like that. All are time-traveling films, moving forward to an imagined future or back to a known past, yet they can’t quite shake the eras when they were made. Two things (besides the films) make this series especially interesting: 1) It’s presented in partnership with the Minnesota Historical Society and 2) each film is introduced by a local celebrity: musician Mark Mallman (“Idaho Transfer”), KARE11 reporter Jana Shortal (“Peggy Sue Got Married”), fashion designer Samanthe Rei (“Tank Girl”), U of M professor emeritus and film buff Lary May. P.S. The Trylon will be screening the only known 35mm print of “Idaho Transfer.” FMI, show times and tickets. Ends March 26.

At the Walker: INDIgenesis: Indigenous Filmmakers, Past and Present. Programmed in collaboration with filmmaker Missy Whiteman (Northern Arapaho and Kickapoo Nations), this native film series begins with “The Daughters of Dawn,” a 1920 silent featuring more than 300 members of the Comanche and Kiowa tribes, and ends in a discussion with Heather Rae and Cody Lucich, who are documenting the activism surrounding the Dakota Access Pipeline at Standing Rock. Films in between include “The Searchers,” a reimagining of John Ford’s classic western set in Nunavut circa 1915, filmed in Inuktitut with English subtitles; Whiteman’s “The Coyote Way: Going Back Home,” a sci-fi docu-narrative filmed in the Minneapolis neighborhoods of Phillips and Little Earth; and Rae’s “Trudell,” a portrait of poet and AIM leader John Trudell, who passed away in 2015. Several of the filmmakers will be present. FMI, show times and tickets (some films are free). Ends March 25.

Courtesy of the Walker Art Center
“The Searchers,” part of INDIgenesis

Friday and Saturday at Intermedia Arts: Flash. Hip-hop meets butoh in a dance theater duet written, choreographed and performed by Rennie Harris and Michael Sakamoto, both giants in their respective disciplines. Harris is the founder and artistic director of the hip-hop dance company Rennie Harris Puremovement and spent a year as artist-in-residence at the Walker; Sakamoto is one of the leading butoh-based performers in the U.S. Both have worked all over the world. What could the popping of hip-hop and the slo-mo of butoh possibly have in common? Both were born from marginalized, postwar, urban subcultures. Both are about creating cultural identity through dance. Both are about manifesting a body in crisis. Here’s a video with excerpts. 7:30 p.m. FMI and tickets ($15 advance/$18 door).

Friday through Sunday in Houston, Minnesota: 15th Annual International Festival of Owls. Why are owls so fascinating? Is it because they look and sound more human-like than other birds? Because their eyes are unusually large? Because the ancient Greeks considered them wise and it stuck? If you’re an owl lover, road trip to Houston, home of the International Owl Center, for the only full-weekend, all-owl event in North America. There’s a full plate of family-friendly programs including several with live owls, an Owl Face Pancake Breakfast, chainsaw carving, an Owl Storytime, a Kids Hooting Contest and the U.S. premiere of “The Secret Life of Owls.” At a ceremony Saturday night, conservation biologist and Minneapolis resident Jonathan Slaght will receive a Special Achievement Award and induction into the World Owl Hall of Fame for his work in Russia to conserve the Blakiston’s fish owl, an endangered species and the largest owl in the world. FMI, schedule, locations and reservations. Daily admission wristband required; adults $8, kids 4-17 $5, 3 and under free. 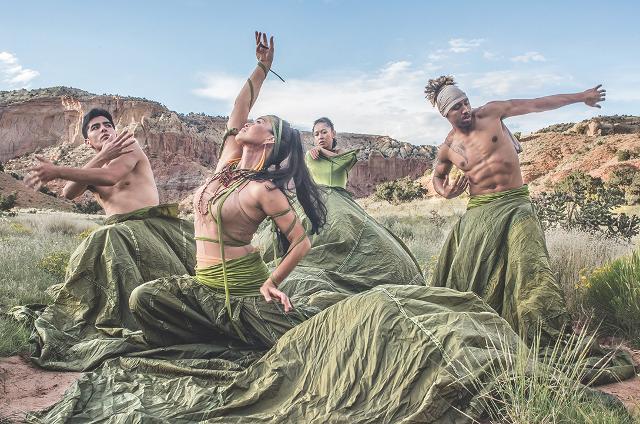 Saturday at the Ordway: Oyate Okodakiciyapi: An Evening of Native Contemporary Dance. It began with conversations with several artists including Rosy Simas (Seneca) of Rosy Simas Danse; it became a weeklong residency that culminates in a one-of-a-kind performance. Includes solo works by native Hawaiian Christopher K. Morgan and Santee Smith from the Mohawk Nation, a new work by the indigenous intertribal dance ensemble Dancing Earth, and an opening blessing by Sharon Day. 7:30 p.m. in the Music Theater. Arrive early (6:30 p.m.) to see the art exhibition curated by Gordon Coons (Ojibwa/Ottawa) and hear a discussion led by Simas; stay after a talk-back and post-show party. “Oyate okodakiciyapi” means “people coming together” in the Dakota language, and that’s what this evening promises to be. FMI and tickets ($39-$19).

Opens Sunday at the Gallery of Wood Art in Landmark Center: The Sphere: Second Round. A show of small-scale work in wood (6″ or less) by 47 artists from 16 states and 8 countries, each piece a different way of looking at the sphere. There’s no opening event, but gallery hours are Sunday from noon – 3 p.m., Tuesday-Friday 11 a.m. – 4 p.m., and by appointment. Admission is free. Run by the American Association of Woodturners, the Gallery of Wood Art is one of those small, specialized, off-the-beaten-path museums full of treasures. “The Sphere: Second Round” ends June 4. 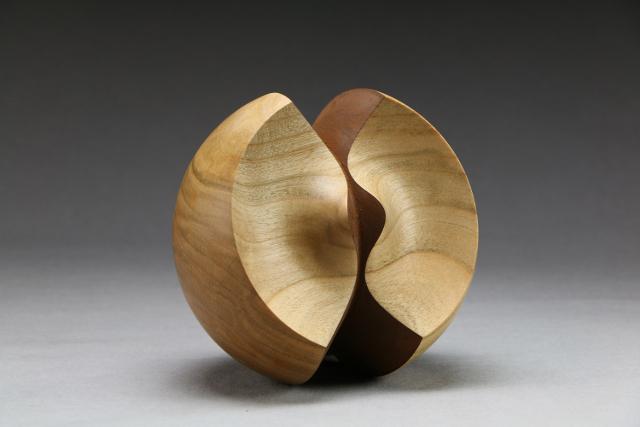 Courtesy of Gallery of Wood Art
Sphere by Luc Deroo

Monday and Tuesday at the Playwrights’ Center: Free public reading of “The Sea & The Stars” by Harrison David Rivers. The Ruth Easton New Play Series continues with a play Rivers describes as being about “love, karaoke and the sea.” David Mendizábal directs a cast that includes Jon-Michael Reese, Eric Sharp, Jasmine Hughes, Christina Baldwin, Austene Van and Sasha Andreev. 7 p.m. FMI and reservations.