Not bad for a city of under 28,000 on the bluffs of the Mississippi River.

MMAM focused at first on traditional marine or maritime art, then expanded (three times so far) to show the works by European and American masters on long-term loan from the personal collection of its founders, Mary Burrichter and her husband, Bob Kierlen, founder of the Fastenal company, a distributor of industrial and construction supplies.

On Sunday at a fundraising event, MMAM unveiled another Matisse and works by two more French artists whose last names start with M: Edouard Manet and Jean-François Millet.

Matisse’s “Interiéur a Nice, Femme Assise avec un Livre” (Interior in Nice, Woman Sitting with a Book), 1919, shows a woman lounging in a seaside hotel on the French Riviera, the beach visible through open louvers. Manet’s “La Jetée de Boulogne” (The Jetty at Boulogne), 1868, depicts the piers for the French harbor city on the English Channel. Millet’s “Paysan Répandant du Fumier” (Peasant Spreading Manure), 1851, portrays the French countryside, with a body of water visible in the distance. All are now on view to the public.

MMAM made the news in early 2015 when it received Emanuel Leutze’s “Washington Crossing the Delaware,” which once hung in the White House and is one of two surviving versions of this famous painting, and again, later that year, when Burrichter and Kierlen paid $5.9 million for “The Great Florida Sunset” by Martin Johnson Heade.

Another fine reason to visit Winona (or stay put if you’re there) is the annual Beethoven Festival in July. The headliners for its 11th year include superstar violinist Joshua Bell, the internationally renowned husband-and-wife duo of cellist David Finckel and pianist Wu Han, and the Orpheus Chamber Orchestra.

Except for the Minnesota Orchestra concert, which takes place in the Lake Park Bandshell, all concerts are held at Saint Mary’s University or Winona State University. Ticket packages are on sale now; call 507-457-1717 (weekdays noon-6 p.m.) or buy in person at the Saint Mary’s University Performance Center box office. Individual tickets go on sale May 2. FMI.

The Great River Shakespeare Festival – also in Winona – is now in its 14th year. Minnesota’s largest professional equity theater outside the Twin Cities will present four plays in repertory from June 21 through July 30. This year’s offerings are “An Iliad” by Lisa Peterson and Denis O’Hare (seen here at the Guthrie in 2013, with Stephen Yoakam as the poet), “Richard III,” “Shipwrecked: An Entertainment – The Amazing Adventures of Louis de Rougemont” by Donald Margulies (seen at the Jungle in 2009) and “The Comedy of Errors.” The annual apprentice/intern production, “Henry VI: The Rise of Richard,” has seven performances in July. Season passes are available now.

Tonight (Thursday, March 30) through Sunday at the Walker: Merce Cunningham Events. Members of the final Merce Cunningham Dance Company will dance and area musicians will play in the Perlman Gallery. Arranged and staged by former MCDC dancer Andrea Weber, these 30-minute sequences will draw from four decades of Cunningham’s work. The musicians will perform their own compositions; in Cunningham tradition, the movement and music will coexist in “common time” but will be independent of each other. Thursday’s musicians are John Keston and Graham O’Brien. Friday: Douglas Ewart and Laura Harada. Saturday: Michelle Kinney, Cole Pulice and Eric Jensen. Sunday: Joe Strachan and Noah Ophoven-Baldwin. 5:30 p.m. and 8 p.m. Space is limited; first come, first served. Free with gallery admission. (Gallery admission is free from 5-9 p.m. every Thursday and on the first Saturday of each month.) 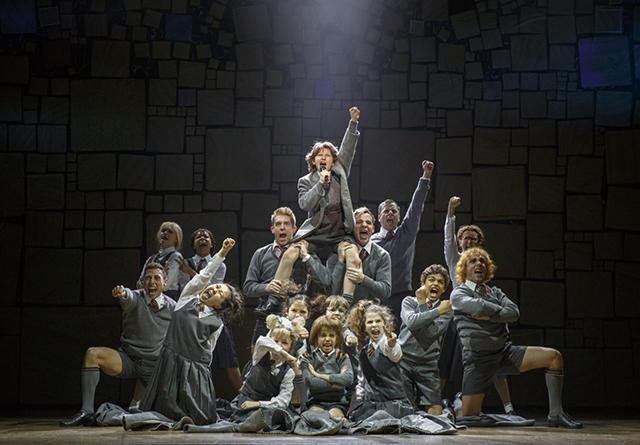 Photo by Joan Marcus
“Revolting Children:” The company of “Matilda the Musical”

Now at the Orpheum: “Matilda, the Musical.” It seems nobody doesn’t love the musical based on Roald Dahl’s bestselling novel. Adapted by Dennis Kelly, with music and lyrics by Tom Minchin, it centers on a brilliant 5-year-old girl who uses her special power to fight back against her terrible parents and horrible headmistress. It won dozens of awards including seven Oliviers and four Tonys. Time magazine named it the #1 Show of the Year for 2013. FMI and tickets ($39-145). Ends Sunday, April 2.

Friday at MacPhail’s Antonello Hall: Cantus: “America Will Be!” The acclaimed men’s chorus keeps its finger on the zeitgeist with a spring concert program of music about human rights. The title is taken from Langston Hughes’ poem “Let America Be America Again” (“Let it be the dream it used to be … Let it be that great strong land of love”), which composer and former Cantus tenor Paul John Rudoi has set to music. Other works include William Grant Still’s “We Sang Our Songs,” Carol Barnett’s “One Equal Music,” Harry T. Burleigh’s “Deep River” and the world premiere of a new piece by Joshua Fishbein, set to the words of Supreme Court Justice Anthony Kennedy’s validation of same-sex marriage. 7:30 p.m. Also Saturday at Trinity Lutheran Church in Stillwater and Friday-Sunday, April 7-9, in Edina, St. Paul and Wayzata. FMI and tickets (prices vary).

Friday through Sunday at the Ordway Concert Hall: Jeremy Denk Plays Brahms and Beethoven. This is your last chance this season to hear the renowned and beloved pianist, St. Paul Chamber Orchestra artistic partner and MacArthur fellow play with the musicians of the SPCO.  The concert begins with Beethoven’s Piano Quintet in E-flat, then moves to Bartók’s Divertimento for Strings and Brahms’ Horn Trio, all led by SPCO musicians. 8 p.m. Friday and Saturday, 2 p.m. Sunday. FMI and tickets. Best chance Sunday.

Saturday: 30 Days of Biking Kickoff Ride. Take the pledge to ride your bike every day in April, then share your adventures online with the hashtag #30daysofbiking. Kickoff rides are happening in Minneapolis (at the Commons and Perennial Cycle on Hennepin), St. Paul, Willmar, Duluth, Bemidji and St. Croix Falls. Click the links FMI and to RSVP. 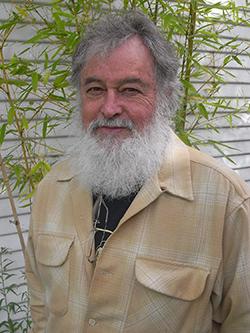 Monday at Plymouth Congregational Church: Literary Witnesses: Bill Porter (aka Red Pine). According to the New York Review of Books, a reading Porter once gave at a Beijing bookstore was announced by six-foot banners on the sidewalk, posters in the windows and a big display of his books in the foyer. Porter – who uses the name Red Pine for his translations of Chinese poetry and travel writing – has a huge following in China and his own page on China’s version of Wikipedia. He’s less known here, undeservedly so, because he’s a man of many accomplishments and stories to tell: about his travels in mainland China, his years in a Buddhist monastery in Taiwan, his work as a radio commentator in Hong Kong, and his role as the first translator of many ancient, important Chinese poets and Buddhist texts. His latest book from Copper Canyon Press, “Finding Them Gone: Visiting China’s Poets of the Past,” chronicles his visits to dozens of poets’ graves. When Jim Lenfestey (Literary Witnesses curator, poet, and former Star Tribune editorial writer) went to China, Porter was his guide. Lenfestey profiled him in his memoir “Seeking the Cave: A Pilgrimage to Cold Mountain” and is pleased as punch that Porter will be here. This event is co-sponsored by Rain Taxi and the Loft. 7 p.m. Free.