At all three performances of Morgan Thorson’s “Still Life for The Cowles Center” this weekend, the house seats will be empty. The audience will be seated on the stage of the Goodale Theater, where a group of seven dancers will try to kill Thorson’s choreography. The music score will be played live on prepared guitar and electronics by New York-based composer Sxip (Skip) Shirey, whose latest recording is titled “A Bottle of Whiskey and a Handful of Bees.”

A Doris Duke Performing Artist, United States Artist, Guggenheim and McKnight fellow (twice) and two-time Sage Award winner for Outstanding Choreography, Thorson is known for making contemporary experimental dance with big themes. Her work combines movement, light, sound and objects, and she often collaborates with composers and scholars. In 2015, Thorson’s “Still Life,” then a five-hour dance piece, spent the summer at the Weisman, where a rotating cast of 19 dancers performed it three times each week for three months.

“Still Life for The Cowles” will be 90 minutes long, not five hours. Its themes include time, death, loss, extinction and decay. Yet Thorson sees it as an optimistic work. We spoke with her by phone earlier this week, as the snow fell.

MinnPost: Why did you compress your original five-hour piece into 90 minutes? 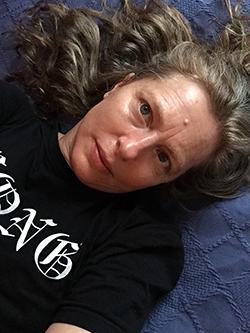 Courtesy of the artist
Morgan Thorson

Morgan Thorson: I wanted to use the inside of the theater as a diorama, so we are looking at dance as an artifact, like in a natural history museum. Maybe this kind of art — live art — is becoming extinct. But it’s really hard to get people to stay for five hours in a theater. In the [Weisman] galleries, people could come and go, and they did.

I wanted to distill some of the ideas we had been working at the Weisman and expand on them, because I felt there was more to say. Part of “Still Life” is that it’s still life. Even in decay, there is change, and there are moments in that change that are quite positive.

Another thing I wanted to do was give the dancers more agency — to leave a progression they have become very accustomed to, and then actually kill the choreography. These are dancers who did the five-hour installation at the Weisman. They have that in their bodies, and they’re making their decisions, spontaneous or not, from a very deep place.

MP: What do you mean by “kill the choreography”?

MT: I’ve always been curious about how the dancers could become part of the decay of the work. The five-hour work was decaying because of endurance and fatigue and stamina. Now [the dancers] are being driven by their own will and desire. It’s a directive, but it changes every time. They get to decide how it’s going to happen. They are working to create action that not only undermines the actual choreography but is a point of departure from it.

I really want to put the dance in their hands. It’s such hard work being a dancer, and I can’t imagine anything more satisfying than to be told that I could reckon with the choreography the way that I want to.

MP: You’ve said that you want your performances to be meaningful to the audience. How would you suggest that an audience member approach this work to find meaning?

MP: You’ve also said that “dance is my own form of optimism,” and you see this work as hopeful. But there are very dark themes in here. Where is the hope?

In my experience, anytime we go into the body and really sense the body and work toward the embodiment of anything, we come out stronger. Asking the dancers to kill the choreography empowers them to make decisions in the moment. Decisions that fortify them, that manifest their desire, that make them embody their own agency. I think that’s a really positive statement.

Morgan Thorson’s “Still Life for The Cowles Center” will have three performances in the Cowles’ Goodale Theatre: Friday and Saturday (March 17 and 18) at 7:30 p.m. and Sunday at 3 p.m. FMI and tickets ($25).

Now at the Ritz: “Six Degrees of Separation.” First, Theatre Latté Da’s new production of John Guare’s play about a young black con man who targets Manhattanites is not a musical. There is live music, but no singing. Second, if you haven’t already heard, “Six Degrees” contains full-frontal male nudity. Way to keep it fresh, Latté Da. The cast is led by Sally Wingert and Mark Benninghofen (last seen at the Ritz in “Sweeney Todd”) as posh couple Ouisa and Flan Kittredge; JuCoby Johnson is the con who claims to be Sidney Poitier’s son and talks his way into their lives. Johnson was last seen at the Minnesota Jewish Theatre in “The Whipping Man,” directed by Sally Wingert, because everyone on the planet is separated by only six other people. Kate Sutton-Johnson’s upscale set spans the width of the Ritz and is filled with art by Twin Cities artists (we love that); Barry Browning’s lighting is inspired. If all you know of “Six Degrees” is the Kevin Bacon joke, this is a dark play, and talky, and absolutely worth seeing. Peter Rothstein directs. FMI and tickets ($35-48). Ends April 9. 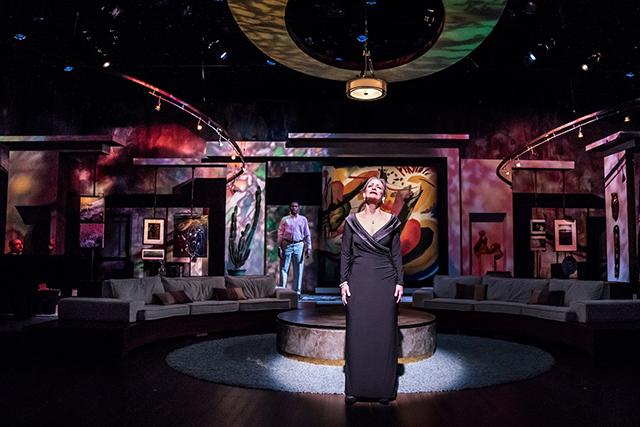 Saturday in downtown Minneapolis churches: Before Bach’s Birthday Bash. Happy birthday, Johann Sebastian! In honor of the 332nd anniversary of Bach’s birth (6/21/1685), more than two dozen musicians will perform two dozen of his works in five free hour-long concerts in four downtown Minneapolis churches. It’s back-to-back Bach at St. Olaf Catholic Church (9-10 a.m.), First Baptist Church (10:30-11:30 a.m.), Gethsemane Episcopal Church (1-2 p.m.), Westminster Presbyterian Church Chapel (2:30-3:30 p.m.) and Westminster Presbyterian Church Sanctuary (4-5 p.m.). Park free for the whole day if you 1) park in the TCF ramp across from St. Olaf and 2) get a voucher from the hosts before or immediately after the concert. Deets here including who’s playing what where. The 9 a.m. program will be broadcast live on Classical MPR.

Saturday at the Ordway Concert Hall: One Voice Mixed Chorus: “Well-Versed.” Each year, the American Composers Forum brings a composer, a poet and a performing ensemble together in a residency. The goal: a new work that illuminates an issue facing members of our community. This year, ACF turned for inspiration to RECLAIM, a Twin Cities organization that offers support to queer and trans youth. The composer is McKnight fellow George Maurer; the poet is McKnight fellow and two-time National Poetry Slam champ Sierra DeMulder. The ensemble is One Voice Mixed Chorus, North America’s largest LGBT and straight allies community chorus, and its guests, the New York singing string quartet Well-Strung. The new work, “Still Standing,” will have its world premiere Saturday at 7:30 p.m. FMI and tickets ($15-40; $100 VIP). Come early (7:10 p.m.) for a brief pre-show talk by Maurer in the second-floor lobby. Here’s a peek at Well-Strung.

Sunday at Central Lutheran Church: The National Lutheran Choir: Bach’s “Ein feste Burg” and Music of Early Lutheran Masters. Because there’s no such thing as too much Bach, the great Lutheran composer. The program also includes music by Johann Walther, Henrich Schutz and Michael Praetorius. Bach’s cantata “Ein feste Burg” is based on Luther’s best-known hymn, “A Mighty Fortress Is Our God.” 4 p.m. FMI and tickets ($25/$23/$10; 17 and under free). Also Friday, March 17, at Trinity Lutheran Church in Moorhead and Saturday, March 18, at First Lutheran Church in Duluth.

Tuesday (March 21) at Open Book: Meet the Minnesota Book Awards Finalists. Spend the evening rubbing shoulders with our local literati. Starting at 6 p.m., meet and mingle with finalists from all nine categories of the 29th annual Minnesota Book Awards. From 7-8:30, learn about the finalists in a series of flash panel discussions hosted by local literary celebs. From 8:30 until you stumble out with an armload of books (you can buy books there and have them signed), enjoy dessert and wine. Sounds like a super fun time, and it’s free.