In “Winesburg, Ohio,” a 1919 short-story cycle by Sherwood Anderson, twisted apples, rejected by the pickers, are the sweetest. Anderson’s book, rejected by several publishers who found it too gloomy, is a masterpiece of American writing.

“Twisted Apples,” a new show at Nautilus Music-Theater, uses stories and characters from “Winesburg, Ohio” to lay bare the dreams, desires, sorrows, frustrations and crushing regrets of people living in a small town at the turn of the 19th century. A minister, a teacher, a young writer, two farmhands, the town doctor, a couple who run a hotel that has seen better days: They all want more from life – personal freedom, sexual freedom, the freedom to express themselves – but they don’t know how to get it. They’re trapped. They have made the wrong choices. It’s too late. As one character cries, “Damn this life!”

If “Twisted Apples” sounds like a downer, you haven’t heard librettist Jim Payne’s plainspoken yet poetic words or composer Robert Elhai’s beautiful music. Or the powerful singing of the gifted cast: Gary Briggle, JP Fitzgibbons, Joshua Hinck, Norah Long (a revelation to this Norah Long newbie) and Eric Morris. Directed by Ben Krywosz, staged in the Nautilus black box in Lowertown with simple sets and an orchestra of four musicians, it’s long as heck but worth it. We’re all for shortening almost anything that runs past 90 minutes, but at three hours (including intermissions), “Twisted Apples” doesn’t seem excessive. A strong performance in an intimate space, it’s a moving and achingly memorable night of music-theater.

“Twisted Apples” is told in three acts. In Act 1, “Answered Prayers,” a pastor has impure thoughts about a high-school teacher, who yearns for a young reporter. Act Two, “Untold Lies,” features a pair of farmhands – one young and feeling his oats, the other old, bitter and burdened with a family. In Act Three, “Twisted Apples,” a man who destroyed his wife’s creativity turns on their son. The young man wants to be a writer and share the “secret stories” the townspeople have told him. His father sneers and tells him to “wake up.” Long’s transformation into vengeful diva defender is equal to any mad scene in opera.

All three acts were Fringe shows in 2010, 2011 and 2012. They can stand alone, but they’re better together, each deepening the others. This is a show with real melodies and songs – about walking (“I walk to walk my restlessness away”), wanting to flee (“The hills speak to me of endless possibilities”), and remorse (“There’s no time left for me to borrow/When did I let tomorrow go?”). There are themes you come to recognize and phrases that echo across the acts. In one intricately constructed trio, the voices weave together so tightly you fear they might snap.

Four St. Paul performances remain: Thursday-Saturday (March 30-April 1) at 7:30 p.m., Sunday at 2 p.m. The space is small and seating is limited. FMI and tickets ($25/20). From April 6-8, “Twisted Apples” will tour to the Marion Ross Performing Arts Center in Albert Lea.

We loved Peter Rothstein’s streamlined, super-charged staging of “Ragtime” at the Ritz last September (it was one of the 25 best things we saw and heard in 2016). Now Washington state and Florida will experience the Theater Latté Da magic. With scenic designer Michael Hoover, costume designer Trevor Bowen and choreographer Kelli Foster Warder, Rothstein will re-stage the production at The 5th Avenue Theatre in Seattle this fall, and at the Asolo Repertory Theatre in Sarasota in spring 2018.

Rothstein’s re-imagined version is a good candidate for other theaters as well. By taking a giant Broadway musical with a large cast and chorus, paring it down to 14 actors and four musicians, and keeping the sets simple yet evocative, he has made “Ragtime” more nimble, flexible – and affordable.

In more Latté Da good news, “Six Degrees of Separation” – a play, not a musical – has been extended through Saturday, April 15. It was originally set to close Sunday, April 9. Five more performances have been added. FMI and tickets ($35-48).

Tonight (Wednesday, March 29) at the Walker Cinema: Filmmaker in Conversation: “Titicut Follies.” First, a screening of Frederick Wiseman’s groundbreaking 1967 documentary, filmed at a Massachusetts prison for the criminally insane, organized around an inmate and staff variety show. Next, a conversation between Wiseman – who recently won an honorary Oscar – and choreographer James Sewell, whose company The James Sewell Ballet will perform “Titicut Follies: The Ballet” at the Cowles this weekend (see below). 7:30 p.m. FMI and tickets ($14).

Starts Thursday at the Open Eye Figure Theatre: “Toy Theatre After Dark.” Puppets can be magical and strange. They lure us in, concentrate our attention, trick our eyes, sometimes break our hearts, and can also creep us out. Back after a long absence, last produced in 2011, this two-weekend minifestival spotlights emerging and established puppetry artists including Open Eye founder and artist-in-residence Michael Sommers. Each weekend is a different lineup of artists, puppets, approaches and tales. March 30-April 1 and April 6-8. 7:30 p.m. Ages 12 and up. FMI and tickets ($18/15/12). 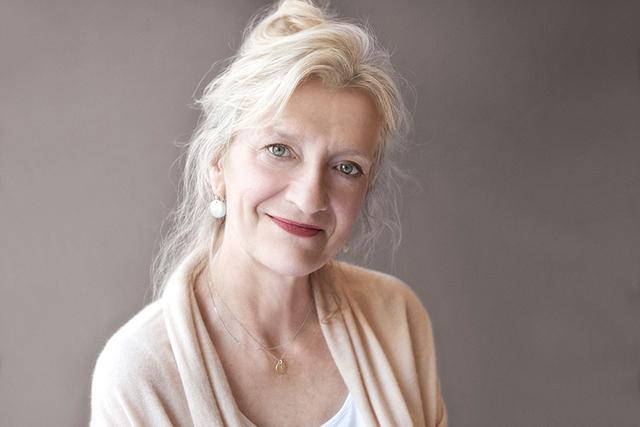 Thursday through Saturday at Orchestra Hall: Stravinsky’s “Rite of Spring.” Hear Stravinsky’s wild masterpiece two ways: all by itself, short and sweet, or paired with a Brahms piano concerto in a full-length concert. On Thursday, Osmo Vänskä will lead the orchestra in a “Symphony in 60” performance of just the Rite. The performance will be a mixture of conversation and music, with violist Sam Bergman as host. Arrive early for happy hour, stay late for a post-concert onstage gathering. 8 p.m. FMI and tickets ($30). On Friday and Saturday, the concert will begin with a performance of the notoriously difficult Brahms’ Piano Concerto No. 1, with Gilmore Prize-winning Poland pianist Rafal Blechacz at the keys. 8 p.m. FMI and tickets ($29-96).

Friday through Sunday at the Cowles: James Sewell Ballet: “Titicut Follies, The Ballet.” Frederick Wiseman is also a dance fan who often attends dance performances and has made four documentaries about dance. Sewell’s ambitious new full-length ballet is a collaboration with Wiseman, sparked in 2014 when the filmmaker was a resident fellow at NYU’s Center for Ballet and the Arts. “Titicut Follies” was Wiseman’s first documentary and 2017 is its 50th anniversary. The ballet has two other collaborators: saxophonist and composer Lenny Pickett (Tower of Power, the “Saturday Night Live” band), who created an original score, and production designer Steven Rydberg. These performances are previews; the ballet will have its world premiere at NYU in April. 8 p.m. Friday and Saturday, 2 p.m. Sunday. FMI and tickets ($20-36).

“Mystery Science Theater 3000” stars Frank Coniff (TV’s Frank) and Trace Beaulieu (Crow T. Robot, Dr. Clayton Forrester) will riff on some of the worst movies ever made live and in person at the Riverview in May. Two shows only – Friday, May 24 and Saturday, May 25 – with different films each night. FMI. Tickets ($20 advance/ $25 door).