Pianist and living legend McCoy Tyner, multiple Grammy-winning trumpeter Terence Blanchard, charismatic clarinetist and saxophonist Anat Cohen, and keyboardist and Minnesota native Bobby Lyle will headline this year’s Twin Cities Jazz Festival, Executive Director Steve Heckler announced Monday. For its 19th year, the festival will return to scenic Mears Park and spread out from there to 6th Street, the Union Depot plaza, and more than 20 clubs, bars, and studios in St. Paul’s Lowertown and beyond.

Tyner first came to fame as a member of the John Coltrane Quartet. He has spent six decades as a leader, releasing more than 80 albums, earning four Grammys and being named a Jazz Master by the National Endowment for the Arts. Born and based in New Orleans, Blanchard has composed more than 50 soundtracks, many for Spike Lee.

Born in Tel Aviv, based in New York, Cohen is expert in modern and traditional jazz, chamber music, Brazilian choro and many Afro-Cuban styes; she’ll bring her new band, Choro Aventuroso. Lyle began his professional career at 16, playing in clubs around Minneapolis; he has since traveled the world with George Benson, Bette Midler and Al Jarreau, among others.

The memorial service for Minnesota Orchestra Conductor Laureate Stanislaw Skrowaczewski, who died on Feb. 21 at age 93 after a long and stellar career, will be held at Orchestra Hall at 3 p.m. Tuesday, March 28.

It will include remarks by people who knew him, performances in his honor by many musicians, and excerpts from Bruckner, a composer the Maestro especially loved, performed by the full Minnesota Orchestra led by Osmo Vänskä. The service is free and open to the public.

In a first for a major U.S. theater, the Children’s Theatre Company has been invited to bring its production of “Seedfolks” to a prestigious international world conference being held this year in Capetown, South Africa. Selected from more than 800 works worldwide, it’s the only U.S. show that will be seen at the ASSITEJ World Congress and Performing Arts Festival for Children and Young People, which is held each year in a different country. (This is its first time on the African continent.)

Based on the Newbery Medal-winning book by Paul Fleischman, “Seedfolks” was commissioned by CTC, developed here and premiered here in 2014. The story of an immigrant neighborhood in Cleveland, Ohio, that is transformed by a community garden, it’s a one-woman show, with Sonja Parks playing 11 different roles. We saw it in 2014 and loved it. 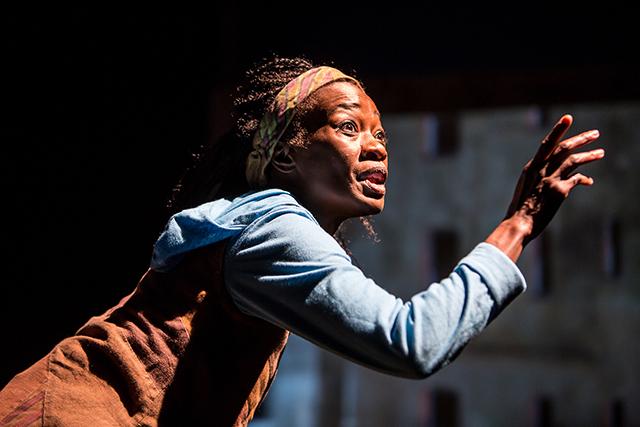 In the U.S., CTC will bring “Seedfolks” to Seattle Children’s Theatre this spring (it opens there Thursday) and to nine theaters across Minnesota in summer 2017 and spring 2018.

Haunted Basement goes out on its own

Say “Haunted Basement” and think “Soap Factory”; say “Soap Factory” and think “Haunted Basement.” That’s how it’s been for the 10 years when the annual Halloween horrorfest – a wildly successful, super-scary blend of installation art, performance art and theatrical set design – has been in the Soap Factory’s basement. That pitch-black, creepy basement, down what always seemed like a very long flight of potentially neck-breaking stairs.

Those days are over. The Soap Factory earlier this year announced a lengthy renovation to its historic building. The Haunted Basement team – Christopher Barton, Sarah Salisbury and Walker Friend – started thinking of other locations. “This exciting conversation led naturally to a discussion about program independence and growth,” said the press release.

So now the Haunted Basement is an independent project. We’ll let you know where it lands – and what the Soap Factory comes up with to replace a major money-raiser that brought thousands each year down those spooky stairs.

Thursday at the Loft: 11th Annual Motherhood & Words reading. Launched in 2007 by local author Kate Hopper, this popular annual reading features literature by women writers who are also mothers. This year’s readers include Shannon Gibney, author of the young adult novel “See NO Color,” winner of a Minnesota Book Award; Susan Ito, co-editor of the literary anthology “A Ghost at Heart’s Edge: Stories and Poems of Adoption”; and Judy Batalion, former columnist for the New York Times’ Motherlode blog and author of “White Walls: A Memoir About Motherhood, Daughterhood, and the Mess in Between.” 7 p.m. Free and open to the public. 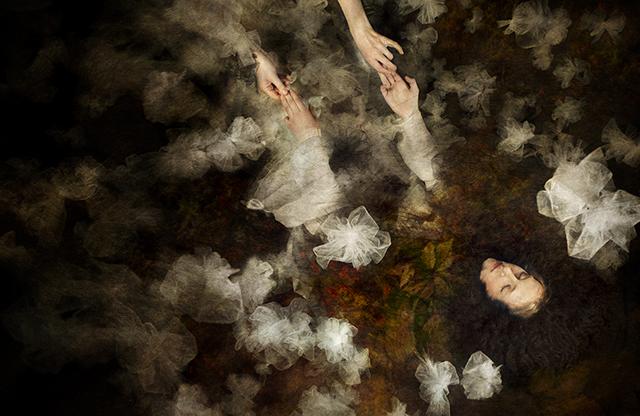 Friday (March 24) at the American Swedish Institute: Preview party for “First Look: The Weather Diaries.” ASI’s new exhibition – a continuation of its year-long “Migration, Identity and Belonging” theme – combines photography, fashion, and unique installations to explore the impact of nature and weather on the cultural identity of Iceland, Greenland and the Faroe Islands. If that sounds too heady, think “spectacular pictures.” The large-scale, painting-like photos are by Cooper & Gorfer (U.S. artist Sarah Cooper, Austrian artist Nina Gorfer, now working in Gothenburg and Berlin); the installations include a 55-pound beaded collar, knitted garments, and life-size mannequins in tailored suits. The exhibition was produced by The Nordic House in Reykjavik. As has become its fabulous habit, ASI will unveil its latest with a big shebang, this one featuring the artists, a discussion by Fashion Week Minnesota co-directors Jahna Peloquin and Sarah Edwards, live music by RONiia and hands-on activities by the 612 Sauna Society and the Textile Center, plus specialty cocktails and apps from FIKA. 6:30-11 p.m. FMI and tickets ($20; $15 ASI members). The exhibition closes July 2.

Friday at the Baroque Room: Zoran Krajišnik, classical guitar: From Dowland to Piazzolla. An award-winning guitarist and a professor at the University of Novi Sad in Serbia, Krajišnik will play a program of music by Dowland and Bach, late Romantic composer J.K. Mertz, and 20th century Latin American works by Villa-Lobos, Piazzolla, Ramirez and Sinesi. Beautiful sounds in an intimate space in Lowertown. 7:30 p.m. FMI and tickets ($15/10).

Saturday at the Ordway Concert Hall: 2017 Schubert Club Musicians on the Rise. Schubert Club composer-in-residence Abbie Betinis hosts an afternoon of performances by the winners of this year’s Bruce P. Carlson Student Scholarship Competition. Hear them now and brag about it later; many past winners have gone on to bright musical careers. 1 p.m. Free and open to the public. Reserve your general admission tickets here.

Saturday at the Walker: The 2017 Be Heard MN Youth Poetry Slam Finals. Twelve young poets will compete for the chance to represent Minnesota at the 20th Annual Brave New Voices youth poetry slam in San Francisco in July. All have survived five preliminary bouts and two semifinal rounds; all are ready to share their art, tell their stories, and make you listen and feel. This is powerful stuff. Find out which six will join the 2017 Be Heard Cohort. Organized by TruArtSpeaks. At the McGuire Theater. 6:30 p.m. doors, 7 p.m. show. FMI and tickets ($10/$7).