The Ordway did a bit of rebranding before announcing its 2017-18 season. The World Music & Dance Series is gone, replaced by the Music & Movement Series. Full name: “Music & Movement: Global. Local. Relevant.” The change was made “to more accurately reflect what these artists bring to the stage, the platforms from which they speak and the connection to the community,” series curator Dayna Martinez said in a statement. We just want to call it M&M.

The season is filled with some of the most popular and requested acts in the Ordway’s history. It also includes edgy and groundbreaking choices.

The series of nine performances runs from late October into early May 2018.

On Oct. 25, Diavolo presents “L.O.S.T.” The diverse team of dancers, designers, choreographers, and engineers presents its newest works, “Passengers” and “Cubicle,” each considering what divides and unites us, both co-commissioned by the Ordway. Nov. 17 brings Black Violin, an evening of classical, hip-hop, rock, R&B and bluegrass music performed on violin by Wil Baptiste and Kevin “Kev Marcus” Sylvester, accompanied by turntablist DJ SPS and a drummer. Put a Post-it on Jan. 13, 2018, when Spectrum Dance Theater presents “A Rap on Race.” Imagine a conversation that took place in 1970 between James Baldwin and Margarate Mead (it really did, and it was recorded). Now imagine MacArthur fellow and Pulitzer nominee Anna Deavere Smith and Bessie Award-wwinning choreographer Donald Byrd re-imagining that conversation as an evening of theater.

Cure the winter blahs with Terrance Simien and the Zydeco Experience on Feb. 10. Two-time Grammy winner Simien is one of the most respected and accomplished artists in American roots music today; he and his band have performed more than 7,500 concerts to date. The return of South Africa’s Ladysmith Black Mambazo is always a cause for celebration. Look for them on Feb. 23. March 6 brings singer and passionate human rights activist Lila Downs, raised in Minnesota and Oaxaca.

On March 24, Camille A. Brown & Dancers presents “ink,” the final part of a trilogy about culture, race and identity that began with the Bessie Award-winning “Mr. TOL E. RAncE” and continued with “BLACK GIRL:Linguistic Play.” This performance takes place at the O’Shaughnessy. In 2015, Inuk artist Tanya Tagaq gave a hair-raising, otherworldly performance at the Walker; she’ll be here April 20. On May 5, Ordway favorite Pilobolus presents “Shadowland,” conceived in collaboration with Steven Banks, lead writer for “SpongeBob SquarePants.”

All performances are at the Ordway except Camille A. Brown & Dancers, which will be at the O’Shaughnessy.

Subscription packages are on sale now. Single tickets will be available starting in May.

You have seven more chances to see Josh Tobiessen’s “Lone Star Spirits” at the Jungle – or see it again to laugh, get to know the characters better, and take another look at Sarah Bahr’s amazing set. Arrive early for a close-up view, when you can buy a beer from the bar on the stage.

Sarah Rasmussen directs; Tobiessen is her husband. The cast includes the marvelous Terry Hempleman, whose history with the Jungle reaches way back. There isn’t a dull moment.

“Lone Star Spirits” was set to close May 7 but has added seven more performances and will end May 14. FMI. Tickets here ($30-45). Our review.

Garrison Keillor gets back on the bus

What a way to turn 75. Garrison Keillor, who has left “A Prairie Home Companion” to that MacArthur genius, mandolin-wielding whippersnapper Chris Thile (more about that below) is celebrating his 75th by packing for a 39-day, 28-city coast-to-coast bus tour that starts Aug. 8 in Appleton, Wisconsin, and ends Sept. 15 in Cary, North Carolina.

At each stop on the “Prairie Home Love & Comedy Tour,” he’ll give a two-hours-and-change show of stories, love duets, Guy Noir and The Cowboys sketches, poetry, and a Singing Intermission. Joining GK will be sound-effects maestro Fred Newman, music director Richard Dworsky and the Road Hounds (Larry Kohut, Richard Kriehn and Chris Siebold). The first part of the tour will also feature Heather Masse and Aoife O’Donovan.

The tour includes no Minnesota dates. FMI and tickets. 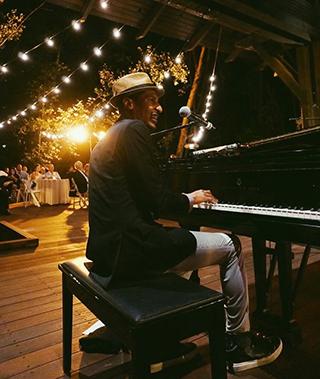 Chris Thile, who doesn’t even live here, will be in Minnesota for two live “bonus” broadcasts of APHC at the Fitzgerald on May 13 and 20. After a successful 13-episode pilot season, two shows were added.

Limited tickets are available to each. Shows start at 4:45 p.m. If you can’t go in person, you can listen on the ray-dee-oh or watch live via a video stream from the Fitz.

Today (Thursday, April 27) through Sunday at the Illusion: “Wiesenthal.” Tom Dugan wrote and stars in the true story of the Holocaust survivor and Nazi hunter who brought more than 1,100 war criminals to justice. Times vary. FMI and tickets ($26-45).

Thursday through Sunday at Mia: Art in Bloom. It’s that time each year when Mia fills with flowers – 165 fresh floral arrangements inspired by and paired with art. Art in Bloom is Mia’s most popular fundraiser, with ticketed lectures, demonstrations and luncheons, but it’s also free to anyone who walks in the door. (This year’s presenters include Princess Giorgiana Corsini of Tuscany.) There’s a family event Saturday from 10:30 a.m. – 1 p.m., and complimentary 45-minute docent tours of the floral displays take place all four days. Here’s a schedule. FMI.

Friday and Saturday: Lyra Baroque Orchestra: Bach’s Brandenburg Concertos. All six, performed as Bach intended on the Baroque instruments for which he wrote them. With Marc Destrubé on violin, Justin Bland on Baroque trumpet. 7:30 p.m. Friday at Mount Olive Lutheran Church in Rochester, 7:30 p.m. Saturday at Hamline’s Sundin Hall. Preconcert talks at 6:45 p.m. FMI and tickets ($10-25).

Saturday all over: Independent Bookstore Day. Coffee and doughnuts, story times, sales, readings, local authors, merch, maybe beer in the evening, depending on where you are. Plan to wander and fill up a book bag or two. Pick up an Independent Bookstore Day Passport and collect a stamp at each store you visit. Five stamps get you a special edition map; with 10 more, you can enter to win literary prizes. Here’s a list of participating stores. Visit all 18 and try for the grand prize, a ton of books and excellent swag. 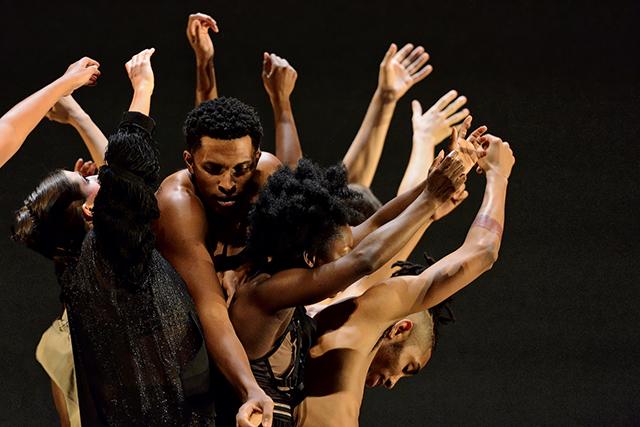 Courtesy of the Ordway
TU Dance

Saturday at the Ordway: TU Dance. The world premiere of New York choreographer Ronald K. Brown’s “Where the Light Shines Through,” a story of solidarity and perseverance co-commissioned by the Ordway, with traditional music recorded by Conjunto Folklorico Nacional de Cuba and other artists. Also on the program: “Footprint” (2015) choreographed by FGioconda Barbuto in collaboration with TU Dance; Kyla Abraham’s “Candle” (2015) and “Matter” (2016) choreographed by Uri Sands. 7:30 p.m. FMI and tickets ($22-42).