Describing the new exhibit at the American Swedish Institute is like trying to hold water in your hands. What is “The Weather Diaries”? Created for the 2014 Nordic Fashion Biennale at The Nordic House in Reykjavik, it’s a fashion show of mostly unwearable fashions. It’s a photography exhibit where some of the large-scale images look like Renaissance paintings, others look like dreams, and none of the subjects are models. It’s a collection of stories told by images, one-of-a-kind installations and labels worth pausing to read.

It’s a journey through the arctic and sub-arctic lands of Iceland, Greenland and the Faroe Islands and their unique cultural identities, shaped by tradition, isolation, darkness, wind, mountains, the sea and the cold. It’s a collaboration by smart, young, cosmopolitan artists Sarah Cooper and Nina Gorfer. It has already traveled in Europe, to Beijing and Seattle, and it’s booked in other cities through 2019. (Another reminder, if we need one, that our own ASI is often the scene of rare and unusual experiences.)

Walking through “The Weather Diaries” is a haunting, otherworldly experience, aided and abetted by its setting. The show begins in the Osher Gallery in the ASI’s sleek new addition, then moves to the Turnblad Mansion, aka the Castle, where it spreads out through the many rooms with their elaborate woodcarvings, plaster ornamentation and Swedish porcelain stoves. The Castle is our own Isabella Stewart Gardner Museum or Frick. Art feels different in former homes, even very grand ones, than in museums built as museums.

If you go, your first stop should be the Osher, where high-end Icelandic fashion designer Steinunn Sigurdardottir’s ethereal, charred mist of a gown hangs among hundreds of black-and-white blossoms, or flakes of snow and ash. Called “The Space in Between,” it’s both abstract and personal, inspired by Steinunn’s son, who has a brain disorder, and for whom information received by his brain never fully arrives but is lost “in between.” Steinunn came to Minnesota to install it, a process that took 40 hours and much climbing up and down ladders. (You won’t learn this from the label; we heard it from Cooper during an artists’ tour and though you’d like to know it, too.)

In the Castle, a knitted dress by Faroese designers Gudrun & Gudrun (Ludvig and Rogvadottir) has a surreal “skirt” inspired by haystacks. Greenland artist Nikolaj Kristensen, working in a tiny, faraway corner of the world, makes elaborate beaded dresses for his daughters in a land where men don’t bead and beading is reserved for traditional garments. A girl in a portrait wears a beaded collar and a skirt of iridescent fish. Greenland’s Jessie Kleemann turns her mother’s beaded collar into a 55-pound dress that symbolizes how tradition can restrict and entomb.

Climb the stairs (or take the elevator) to the ballroom for a large installation by Icelandic designer Gudmundur Jorundsson (fashion label Jor). There are no signs pointing you there, and we almost missed it, except we like to check out the ballroom when we visit the ASI. A dozen or so full-size mannequins wearing men’s suits climb ropes toward a skylight. Their heads are wrapped in the same fabrics used for the suits – pinstripes and windowpane checks – and the combination of ropes and hoods is at first deeply disturbing. We don’t have a clue what it means, but we can’t stop thinking about it.

“The Weather Diaries” will be on view through July 2. A documentary film showing in the Osher features many of the artists and the landscapes. You can watch it there, or you can watch it here as a sort of preview. FMI. Free with museum admission.

Now at Norway House: “Over the Horizon: Exploring the Edges of a Changing Planet.” In 1994, American photographer and explorer David Thoreson tried and failed to retrace Roald Amundsen’s route through the Northwest Passage. In 2007, he succeeded, thanks to dramatically reduced pack ice. He made another crossing in 2009-10. This show of photographs and artifacts from his travels connects to the Norwegian polar explorers and considers the rapidly changing Arctic and ocean environment. In the Norway House Galleri. $5 adults and seniors, free for members and ages 12 and under. Ends May 15. 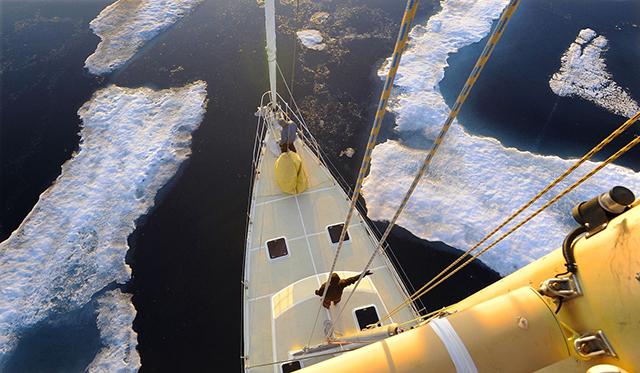 Tonight (Thursday, April 13) at Northrop: Elizabeth Kolbert: “The Sixth Extinction: An Unnatural History.” A science journalist and staff writer for the New Yorker since 1996, Kolbert shares her Pulitzer Prize-winning book about the current mass extinction that threatens 20-50 percent of all living species on earth, a work based on intellectual and natural history and first-person reporting from the field. Presented by the Friends of the University Libraries. 7:30 p.m. FMI and tickets ($25 general admission).

Tonight through Saturday at the Cowles: Shapiro & Smith Dance’s 30th Anniversary Season: “A Naked Man’s Shirt.” Looking back at its first three decades, the esteemed dance company presents a restaging of “Moonlight,” set to Beethoven’s “Moonlight Sonata” (and not performed in the Twin Cities since 1999); “Burning Air,” inspired by the Great Hinckley Fire of 1894, with text performed by Joanie Smith;  the world premiere of “A Naked Man’s Shirt,” a trio including Andrew Lester; and the ever popular “Bolero.” Originally performed by an all-male ensemble, this time “Bolero” will be all women. 8 p.m. FMI and tickets ($29). 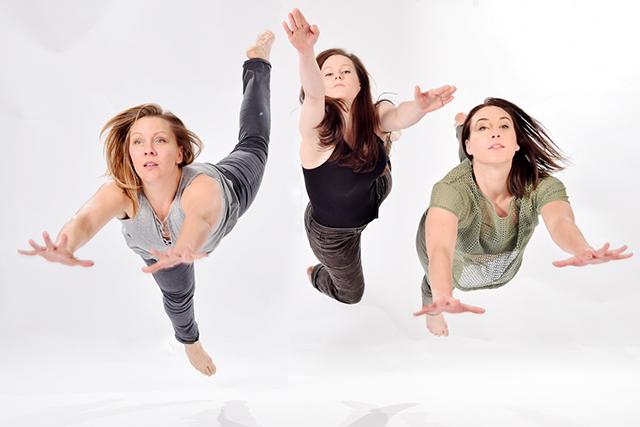 NOTE: This event has been cancelled. Saturday afternoon at Crooners: Donald Livingston: Birth of the Salon. New music by Fauré, Chopin, Satie and Debussy was once played in Parisian living rooms. As much as we love the convenience of streaming, we can’t help thinking this was better. In the Dunsmore Room at Crooners on Saturday afternoon, with sun (we hope) pouring through the windows and a cocktail in hand, you can imagine yourself in Paree as Livingston – known as an organist and master of early keyboards, equally adept on a 9-foot Steinway – plays a program of Romantic music hosted by soprano Maria Jette, who will sing a song or two by Liszt. 3 p.m. FMI and tickets ($20).

Saturday at Union Depot: Lowertown Pop Minnesota Maker’s Market. A gathering of Minnesota brewers, bakers, distillers, musicians, jewelers, candlemakers, crafters, visual artists, and more with art and wares for sale, and demonstrations all day long. Ticket sales are split between River’s Edge Academy and one Minnesota maker to help grow his or her business. 10 a.m. – 4 p.m. FMI and tickets ($10 advance/$15 door; ages 5 and under free).