Has it really been almost a year since Prince died? Both Paisley Park and the Minnesota Historical Society will give fans a place to go, think about His Purpleness and remember the good times.

From Tuesday, April 18, through Sunday, April 23, at the History Center, Prince’s “Purple Rain” suit will go on display in the first-floor lobby, along with other Prince-related items including the recently acquired handwritten lyrics to an unreleased song called “I hope we work it out,” signed by Prince in 1977. Visit anytime during regular History Center hours for free.

If you’re wondering how the purple trench coat, high-button pants and white shirt with ruffles ended up in St. Paul, it’s because Prince gave them to the Historical Society in 1987, a “Gift of PRN Productions.”

On Monday, April 10, a Prince4Ever Tribute Fence, newly built on the grounds of Paisley Park, will be accessible to fans free of charge from 9 a.m. – 9 p.m. The fence displays memorial messages and artifacts people left on the exterior perimeter fence in the weeks following Prince’s death on April 21, 2016. Visiting fans will be able to attach their own messages and items to the fence, and have their photos taken with their memorials for possible use in publicity materials.

Paisley Park has planned a four-day Celebration 2017 event for April 20-23, with live music by The Time, The Revolution, New Power Generation and 3RDEYEGIRL, panel discussions and presentations. Visitors are expected from all over the world. FMI and tickets ($549).

Also in Chanhassen, but not at Paisley Park: On Monday, April 17, Jim Walsh will discuss his book “Gold Experience; Following Prince in the ’90s” at the Chanhassen Library. Prince artifacts from the Carver County Historical Society, pictures from the memorial wall, and other Prince-related items will be on display. If you want, you can share your own Prince memories. 6:30 p.m. Free.

It has a chicken, cats, chinchillas, birds, fish, a ferret, a small kid-sized door painted purple, a green awning, and many, many books. And now Wild Rumpus Books in Minneapolis has something no children’s bookstore has ever had: recognition from leading industry mag Publishers Weekly. On Monday, Wild Rumpus was named the 2017 PW Bookstore of the Year, the first time a children’s bookstore has ever been given that honor.

Founded by Collette Morgan and Tom Braun, named for a line in Maurice Sendak’s “Where the Wild Things Are” (“Let the wild rumpus begin!”), the small shop on a side street in Linden Hills is one of the most alluring places on the planet, with a window display so matter-of-fact and disarming that before you know it, you’re inside buying a book.

Thursday at the Schubert Club Museum in the Landmark Center: “Sing, Poet! American Songs of Celius Dougherty.” Because National Poetry Month. Born and raised in Glenwood, Minnesota, and a graduate of the University of Minnesota, Dougherty (1902-1986) is best known today as a composer of art songs. He loved poetry and drew his lyrics from poems by Walt Whitman, e.e. cummings, Amy Lowell, Robert Frost, William Blake, Carl Sandberg and others. This evening of music, multimedia interviews, recordings, manuscripts and letters will be presented by Mark Bilyeu (piano) and Clara Osowski (mezzo-soprano), artistic directors of the Source Song Festival. (Osowski recently won second prize at a prestigious international song competition in Heidelberg, Germany.) 7:30 p.m. FMI and tickets ($12). 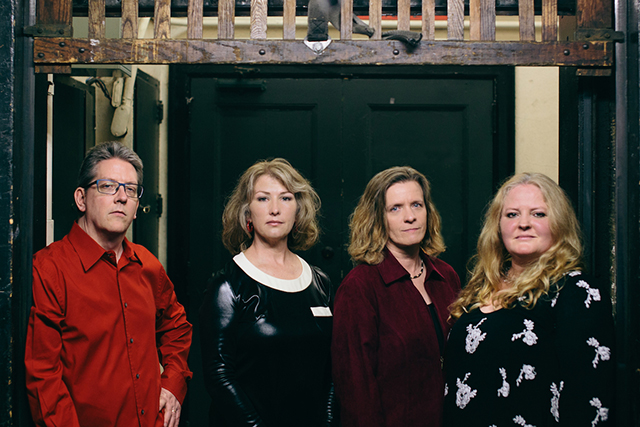 Friday through Sunday at the Cowles: Minnesota Dance Theatre dances Bob Dylan. For its spring season, MDT presents the Midwest premiere of “Moonshine,” set to early folk songs from Dylan’s Bootleg Series. British choreographer Christopher Bruce uses Dylan’s music to tell the stories of four traveling performers. Also on the program: “Point of Departure,” set to Haydn’s “Farewell” Symphony and choreographed by Lise Houlton, and the revival of Glen Tetley’s “Mythical Hunters,” a staple in the company’s repertory. Friday and Saturday at 8 p.m., Sunday at 2 p.m. FMI and tickets ($24-36).

Sunday at the Cedar: The Spider John Legacy: A celebration of folk music on the West Bank. They’re calling this Spider John Koerner’s “retirement” show – he’s been playing for 50 years – but we’ll see about that. History, legend, and traditional American song will come together in this all-star concert featuring Koerner with his West Bank pals Willie Murphy and Tony Glover, Koerner with his Boston band Chip Taylor Smith and Paul Strother (who will fly in for the show), and respectful younger dudes Jack Klatt, Dave Babb, Grant Johnson, Lonesome Dan Kase and the Cactus Blossoms. Charlie Parr was originally announced as part of the lineup, but instead he’ll play the afterparty at Palmer’s Bar. Koerner first came to fame as a member of Koerner, Ray and Glover; we’re betting that more than a few of you still have your worn-out vinyls of “Blues, Rags and Hollers” and “Running, Jumping, Standing Still.” Doors at 7 p.m., show at 7:30. FMI and tickets ($18 advance/$20 day of). 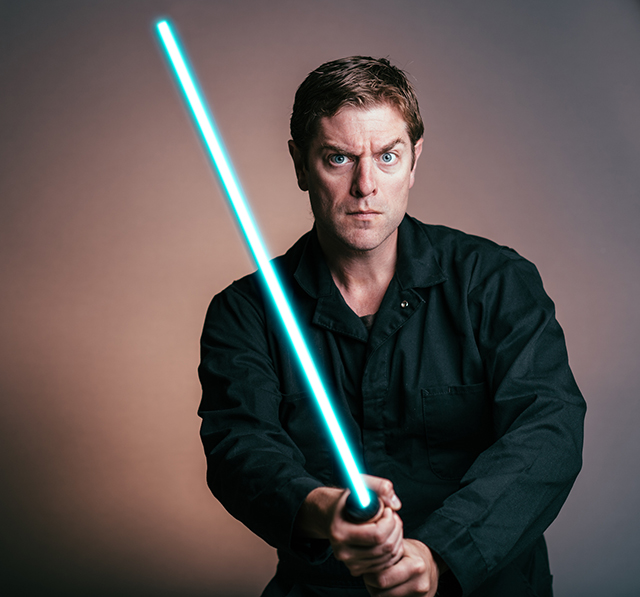 Saturday, June 24, at the Ordway: “One-Man Star Wars Trilogy.” With no costumes, sets, or props, in just one hour, Canadian actor Charles Ross performs the complete original “Star Wars” trilogy, including all the main characters, plot lines and sound effects. He’s so good at it that 16 years ago, following a Comic Con performance before an audience of 4,000, Lucasfilm gave him the go-ahead instead of a cease-and-desist. Here’s a taste from “Kansas City Live.” FMI and tickets ($26-57). Yes, you can come in costume. No, you can’t wear a mask or carry a blaster or a light saber.