If you were an orchestra with an acoustically and aesthetically fine concert hall, wouldn’t you stay put and play there? That’s not how the St. Paul Chamber Orchestra thinks. Since the completion of the $42 million Ordway Concert Hall, which was built to the SPCO’s specifications, its number of regular performance venues throughout the Twin Cities has grown from 11 in the 2015-16 season to 13 in 2016-17 to 16 in 2017-18.

Of more than 120 concerts scheduled for the 2017-18 season, announced Wednesday, over half will be held someplace other than the Concert Hall. “A chamber orchestra has a unique advantage in terms of its mobility and flexibility,” the SPCO’s artistic director and principal violin Kyu-Young Kim said in a statement. “We believe that chamber music belongs everywhere.”

The new season adds Humboldt High School Auditorium on St. Paul’s West Side, Icehouse in Minneapolis, and the Turf Club in St. Paul’s Midway to a mix that already included locations from Wayzata to Stillwater, Arden Hills to Apple Valley. The high school will expand the orchestra’s geographical footprint. Icehouse and the Turf Club will attract younger crowds, as earlier trial runs have shown. Each will be the scene of a three-concert series.

So if you don’t want to go to the SPCO in downtown St. Paul, chances are it will come to somewhere near you. Either way, the new season offers plenty of reasons to head out, with the famously low ticket prices an extra nudge. Season ticket packages start at $30, kids 6-17 and students get in free, and for a $5/month concert membership, you can attend as many regular SPCO concerts as you want.

Fiery barefoot Moldovan violinist Patricia Kopatchinskaja has extended her artistic partnership with the SPCO through the 2019-20 season. Her performances have been consistently thrilling. She’ll be here in October with Mozart’s Fifth Violin Concerto and again in April with a program called “Fragments.” Jonathan Biss will return in September for the third installment of “Beethoven/5,” in which he’ll play a Beethoven piano concerto and the world premiere of a new concerto written in response, this time by Italian composer Salvatore Sciarrino.

SPCO musicians will feature prominently as soloists during the season, including Kim, concertmaster Steven Copes, associate concertmaster Ruggero Allifranchini, principal cello Julie Albers and principal bass Zachary Cohen. From April 6-15, SPCO violinist Maureen Nelson will give eight performances (in six venues) of Vaughan Williams’ “The Lark Ascending.” The Minneapolis-based choral group The Singers will make its SPCO debut, as will pianist Orion Weiss, conductor Joshua Weilerstein, and baritone William Berger, among others. Only four programs will have conductors. All the others will be led by SPCO musicians.

Many core works of the repertoire are on the menu. The season will open with Beethoven’s Triple Concerto and end with his First Symphony. We’ll hear Mozart’s final three symphonies and works by Haydn and Tchaikovsky. The holidays aren’t the holidays without Bach’s “Brandenburg” concertos and Handel’s “Messiah,” so those will return. Artistic partner Jonathan Cohen, who recently wrapped a series of concerts with the SPCO, will be back for the “Messiah” and again in May for Haydn’s “Morning” symphony.

In March, the SPCO’s Chamber Music series and Liquid Music series will overlap in a weeklong “No Fiction” festival of true stories, personal histories of marginalized voices, and the music of their moment in performances at the Amsterdam, the Turf Club, the Capri Theater, Saint Paul Academy’s Center for the Performing Arts and Macalester’s Mairs Concert Hall. Female composers and performers will take center stage. (The complete Liquid Music series will be announced in June.)

Michelle Hensley’s 29-year tenure with the unorthodox theater she founded will end as it began, with performances of Bertold Brecht’s “The Good Person of Szechwan.”

Announced Tuesday, Ten Thousand Things’ 2017-18 season will be Hensley’s last as its artistic director. Her final season will also include Euripides’ “Electra” and a new work devised by playwright-in-residence Kira Obolensky and TTT actors called “Park and Lake,” a comedy set in a small-town car wash.

Under Hensley’s leadership, TTT’s annual audience has grown from 800 to nearly 8,000, and its annual operating budget from $13,000 to more than $750,000. Its plays have been performed in prisons, halfway houses, community centers and shelters for people who otherwise have little access to the arts. Its stripped-down productions have made theater come alive in unlikely places, and its diverse, gender-inclusive casting has changed perceptions of, for example, who should play Shakespeare’s white male character Prince Hal in “Henry IV.” Why not black female actor Sha Cage? Hensley’s way of presenting Shakespeare has always been special. It’s as if an invisible translating machine switches on and suddenly the old language and forgotten words become easy to understand.

A committee of board members, staff and core TTT artists has already been at work for more than a year, planning for a smooth transition and replacement for Hensley. She will co-direct “Park and Lake” with Luverne Seifert and direct “The Good Person of Szechwan” before doing whatever comes next. “I believe there is another chapter waiting in my life,” Hensley said in a statement. “I don’t know what it is, but I am excited to start exploring!”

A St. Paul poet with a Hamline M.F.A. has won the sixth annual Lindquist & Vennum Prize for Poetry. Caitlin Bailey’s manuscript “Solve for Desire” was chosen by judge Srikanth Reddy from among more than 200 submissions. One of the largest annual regional poetry prizes, the Lindquist & Vennum comes with a $10,000 award and publication by Milkweed Editions. 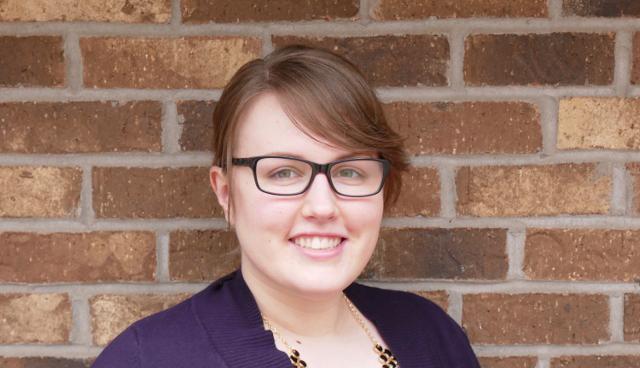 Courtesy of the artist
Caitlin Bailey

“Solve for Desire” began as an imagined letter from Grete Trakl, an Austrian pianist, to her brother Georg Trakl, a poet. Bailey was drawn to Grete’s story, which is often eclipsed by Georg.

Bailey’s book will be published in November and a public reading will be held around that time.

Tonight (Thursday, April 20) at the Dakota: Lizz Wright. When we made this a pick on Tuesday, we didn’t know what we were talking about. All that about Lizz Wright being a fabulous singer is true, but she’s doing way more Prince-acknowledging than we knew. (The last live performance Prince attended was hers at the Dakota on April 18, 2016.) Along with mining her own catalog, Wright will sing songs Prince loved by Joni Mitchell, Bob Dylan, Jimi Hendrix, Meshell Ndegeocello and others – plus a selection of Prince hits and rare tracks. One set only at 7 p.m. Tickets $50-60. Call 612-332-5299. 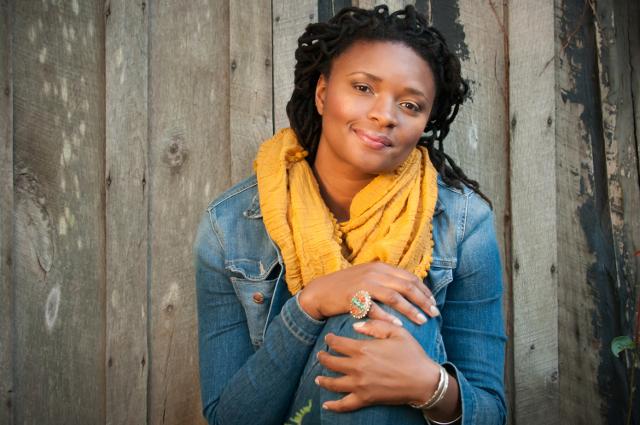 Tonight at the Fitzgerald Theater: The Thread Live with David Grann. A New York Times best-selling author and award-winning staff writer at the New Yorker, Grann is author of “The Lost City of Z,” which was made into a movie that opened MSPIFF and is now in theaters. His latest is “Killers of the Flower Moon: The Osage Murders and the Birth of the FBI.” American Public Media’s Stephen Smith will host. 7 p.m. FMI and tickets ($25-$50 VIP).

Tonight at the Green Lantern: Jerry Kosak “Yossarian’s Dream” CD release. When you write about music, you get a lot of music in the mail. And once in a while it’s pretty great. Kosak, who headed the guitar department at McNally Smith for three years, can play many styles and sounds with authority and grace. He’s won a Zeitgeist Composition Award and a Jerome grant, and he’s recorded three CDs of original music for solo guitar. The all-acoustic “Yossarian’s Dream” is the latest. He’ll play tonight at the Lantern in St. Paul starting at 7 p.m. Free.

Now through Sunday at the History Center: Free Prince display. His “Purple Rain” suit, his handwritten lyrics to an unreleased 1977 song, a selection of memorials fans left at First Avenue after his death, and photos from the History Center’s “History Is Now! Remembering Prince” collection are all on display in the first floor lobby during regular museum hours: today through Saturday 10 a.m. – 5 p.m., Sunday noon — 5 p.m. Free.

Friday at Magers & Quinn: “Resist Much, Obey Little: Inaugural Poems to the Resistance.” Three Minnesota-based contributors will read. Lyle Daggett has spent his life as an activist for peace and justice issues and labor organizing. Wang Ping, artist and author of several books that have been translated into many languages, is a professor of English at Macalester. Morgan Grayce Willow is working on her fourth poetry collection. Book sales benefit Planned Parenthood. 7 p.m. Free.

Friday and Saturday at Orchestra Hall: Edo de Waart Returns. The first time the Minnesota Orchestra (then the Minneapolis Symphony) performed Elgar’s epic oratorio was 1907. This will be the second time. Edo de Waart, who was the orchestra’s music director from 1986-95, loves conducting big pieces. This should be a night to remember. 95 minutes, no intermission. With the Minnesota Chorale and soloists. 8 p.m. FMI and tickets ($29-79). Coincidentally, this is the piece pianist/composer Stephen Hough – who’ll be at the Basilica Saturday night, with VocalEssence – credits with converting him to Catholicism.

Before “Hamilton” blew up Broadway, Lin-Manuel Miranda wrote a little something called “In the Heights” that won four Tonys. The Ordway’s original production begins Sept. 12 and runs through Sept. 24. FMI and tickets ($43-116.50).