Starting next Thursday, April 13, there will be 425 showings of 350 films we probably never would see if it weren’t for the Minneapolis St. Paul International Film Festival (MSPIFF). Screens will flicker in all five St. Anthony Main theaters, the Uptown, the Capri on West Broadway, the Galaxy 14 in Rochester and the Film Space at Metro State University in St. Paul.

The recent growth has happened under Susan Smoluchowski’s watch. She was named Executive Director in 2010 after serving several years on the board. “I was intimately aware of what the possibilities were when I took the job,” she said in conversation Thursday. But first, “I had to go out and find money to pay the staff.”

Today, the Film Society has partnerships and connections all over the Cities and around the world. Its 10 programmers attend dozens of film festivals, and not just the big ones (Toronto, Sundance, Berlin) but also under-the-radar ones. Between MSPIFFs, it hosts several mini-festivals throughout the year: its own popular Spanish-language Cine Latino, a French film festival, a Cuban film festival, Nordic Lights, Mizna’s Arab-American film festival and the Italian film festival. Its international advisory council includes Bill Pohlad and Sarah Pillsbury. The Guillermo del Toro films showing at Mia were sponsored by the Film Society. It’s friendly with the many honorary consuls in Minnesota, and the Mexican, Ecuadoran and Canadian consulates here, all good sources of information about the film industries in their countries.

We spoke with Smoluchowski at her office in St. Anthony Main.

MinnPost: MSPIFF is a big, lumbering beast. What’s the hardest part of running it?

Susan Smoluchowski: It’s never-ending. There’s no going home and forgetting about it, ever. Sometimes it would be nice to go to a beach and get away from it all. I haven’t been able to do that since I started. But it’s such interesting work!

MP: What’s the most satisfying part? 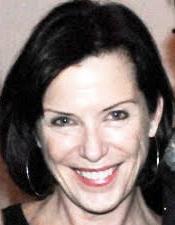 SS: The people I get to interact with. I don’t mean just the filmmakers – that’s an important part of what we do, and we bring in more than 100 filmmakers during the festival every year – but here, locally. With the changing demographics in the state, we have a great opportunity to provide access to people whose communities might be underserved.

MP: Have you had any visa issues, or worries about booking certain films or inviting certain people because of recent travel restrictions?

SS: It’s top of the mind for sure. But we went out and sought films from those countries whose citizens were banned. This year, we have three Iranian films and a number of shorts from Syria. … What we are all about is bringing the best in international, independent cinema to audiences in this region. The idea that we’re surrounded by thousands of miles of American soil on three sides and a quiet northern border, and we can bring the whole world to the doorstep of people here, is something we take a lot of pride in.

MP: Another concern for many arts organizations is the real possibility that the NEA will go away. Does the Film Society receive NEA funding?

If we lose NEA funding, it will make a dent, but it won’t kill us. When you have balanced sources of income, it’s not the end of the world if you lose one.

MP: Why should we see foreign films?

SS: They give you a better understanding of what’s going on outside of your own backyard, which seems very important to me. The films we bring you are award-winning in their countries of origin, and they’re beautifully made. Their quality makes them worth seeing. And the fact that they open our eyes.

MP: What’s your best advice for someone coming to the Festival for the first time?

SS: Get the catalog or go online and just look around. Dropdown menus on the website make it easy to select a film by language, mood or topic.

One of the great pleasures of a film festival is to go in without knowing too much, without having decided, “These are the films I’m going to see, and this is why.” More often than not, it’s the films I just walk into – maybe because I couldn’t get into the one next door I wanted to see – that surprise me the most and I remember the best.

MP: Where would you steer regulars who want to keep it fresh?

Our shorts programs are always interesting. We have a lot of Minnesota-made shorts, and a program of shorts about the refugee crisis [Passages 2]. These are beautiful films that are very much about current reality, and worth seeing.

MP: What do you do to unwind when the Festival is over?

SS: I usually go away for about a week right afterwards.

MP: Where will you go this time?

SS: (laughs) I might go to Cannes [the Cannes Film Festival]. I haven’t done that since I’ve been in this position, because it’s right on the heels of our festival. It’s job-related, but it is the south of France.

MSPIFF starts Thursday, April 13, and ends Saturday, April 29. Passes, packages and individual tickets are available now; members save on everything all year long, and memberships start at $55 ($35 for students). A printed catalog is available for $3, free to members and pass holders.

Opens tonight (Friday, April 7) at the University of Northwestern—St. Paul’s Denler Gallery: Melba Price: “Redhead.” St. Paul artist Price is recognized locally and nationally for her portraiture style; her work has been seen here at Midway Contemporary Art, Rochester Art Center and Mia. While putting together a new exhibition and reviewing the past 15-20 years of her work, she realized that a lot of her subjects have been redheads. Bias against redheads has been called one of the last great social prejudices, something to think about as we view Price’s show. Opening reception 6-8 p.m. FMI. On view through May 13. 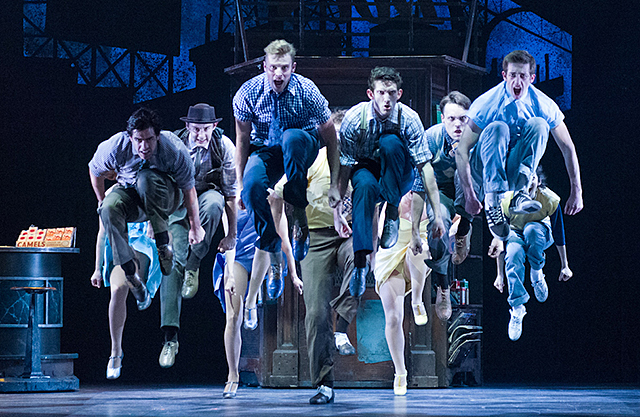 Tonight at the Ordway: “West Side Story.” Most of us know the story: Shakespeare’s “Romeo and Juliet,” shifted through time and across the pond to 1950s New York City and warring street gangs. And most of us know the songs by Leonard Bernstein and Stephen Sondheim: “Tonight,” “Maria,” “I Feel Pretty,” “Something’s Coming.” Created in collaboration with Teatro del Pueblo, the Ordway’s new production stars Tyler Michaels as Tony, Evy Ortiz as Maria, Desiree Davar as Anita and Tyler John Logan as Riff. One of the Cities’ most in-demand actors, Michaels most recently starred in Theater Latté Da’s “Peter and the Starcatcher.” (In his spare time, he also founded a new theater company with yet another Tyler, playwright Tyler Mills.) Ortiz won praise as a “radiant and engaging Maria” when she played the part in the Broadway national tour. 7:30 p.m. FMI and tickets ($41-$124.50). Through April 16.

Saturday at Northrop: Scottish Ballet: “Highland Fling.” Aka “Trainspotting: The Ballet,” choreographer Matthew Bourne’s smash hit reworking of the 19th-century romantic classic “La Sylphide” is set among Glasgow’s high-rise flats, night clubs, and drug dealers. Once a young Scottish peasant jilts his bride-to-be for a winged sprite, you know things will turn out badly, but what fun to watch the gritty, tartan-filled tragedy unfold. Bonus: The score will be performed by live orchestra. For ages 12 and up. 8 p.m. FMI and tickets ($54-74; $30 under 30).

Sunday on your teevee: “MN Original.” TPT’s award-winning arts and culture series returns with an all-new episode spotlighting three Minnesota artists who couldn’t be more different. Born in Egypt, raised in the Midwest, interdisciplinary poet Moheb Solimen’s poems are found in five Great Lakes national parks, printed on signs for all to read. Artist Sharon Louden compares working in her studio to running naked through a field. A self-described “contributor to the creative economy,” she’s also the editor of the “Living and Sustaining a Creative Life” books. Her energy is infectious. Let’s all be artists! Author Benjamin Percy wants to thrill us through his books, which include three best-selling shockers, “The Wilding,” “Red Moon” and “The Dead Lands.” His next, “The Dark Net,” is due out Aug. 1. “MN Original” airs Sunday night on TPT 2 at 6 p.m. and again at 10. Watch it online at mnoriginal.com.

Tuesday at Crooners: Larry Fuller Trio. When Crooners opened its Dunsmore listening room and brought in a brand-new Steinway, it hoped to lure jazz fans to Fridley from the Cities and top pianists from even farther. To date, Bill Carrothers, Benny Green, David Berkman, Geoff Keezer, Ethan Iverson, and Jeremy Siskind have made the trek. On Tuesday, the hard-swinging, New York-based Larry Fuller will bring his trio to the stage. An artist with the history of jazz in his fingertips, Fuller has been the piano man for Ernestine Anderson, Jeff Hamilton, the Ray Brown Trio and the John Pizzarelli Quartet. Now he leads his own band, with George DeLancey on bass and Jason Tiemann on drums. We saw him last summer at the Iowa City Jazz Festival and give this an enthusiastic thumbs-up. 7 p.m. FMI and tickets ($25/$50 dinner show).