The chamber music of Czech composer Antonin Dvořák will run like a life-affirming thread through Accordo’s ninth season, announced Sunday by the Schubert Club. This will be the first time the string ensemble has featured one composer throughout a whole season. “There is something magical to us about Dvořák’s chamber music that evokes a deep sense of community, friendship and joy,” violinist Stephen Copes said in a statement, “all of which embodies what we love about playing together and for our audiences.”

Copes, the St. Paul Chamber Orchestra’s concertmaster, is one of Accordo’s eight members. All are present and former principal string players of the SPCO and Minnesota Orchestra, making Accordo a Who’s Who of Twin Cities violinists, violists and cellists.

The season begins on Monday, Oct. 16, with Dvořák’s Viola Quintet in E-flat, Respighi’s “Il Tramonto” for Voice and Quartet, and Barber’s “Dover Beach,” with mezzo soprano Adriana Zabala as guest vocalist. On Monday, Nov. 27, Dvořák’s “American” Quartet will share the program with music by Kirchner, Novacek and Martinu; pianist/composer John Novacek will be the guest.

On Tuesday, March 13, composer and pianist Stephen Prutsman and Accordo will meet at the Ordway Concert Hall for what has become an audience favorite: an evening of silent films paired with original compositions. It’s a new way to experience old movies and new music, and people like it.

Accordo will also perform twice at Icehouse in Minneapolis, on Oct. 17 and May 8 Feb. 27, both Tuesdays following regular season concerts.

In January, Gremlin Theatre announced that it was building a new home in the Vandalia Tower complex in St. Paul, which already houses the Independent Film Project and many artists and performing arts groups. The new space would include a 120-seat theater and performing arts facility with a thrust stage, large new lobby and box office, free parking and full wheelchair accessibility.

On July 7, Gremlin will open its new space and 20th season with a nod to its earliest days: the comedy “Don’t Dress for Dinner,” the first show it produced in 1998. From Marc Camoletti, who also wrote the deliriously silly “Boeing Boeing,” it’s a fast-paced comedy full of romantic entanglements, mistaken identities and wild plot twists. Peter Christian Hansen, Gremlin’s founding artistic director, will play the lead role of Bernard, a man planning a romantic weekend with his mistress while his wife is away. Brian Balcom will direct.

Gremlin’s most recent permanent home was on University Avenue in St. Paul. They left there in 2013 and have produced at various locations since, including the Theatre Garage, the New Century, Artistry and Open Eye.

We count at least three reasons to go to Vandalia Tower in July: because we haven’t seen Gremlin for a while; because we’re eager to see the new space; because we’ll laugh.

Now at the Southern Theater: “Red Velvet.” What happens when a black man plays Othello … at London’s famed Covent Garden in 1833? Lolita Chakrabarti’s play takes us back to a time when the only Othellos were white men in blackface. Walking Shadow’s regional premiere stars JuCoby Johnson as Ira Aldridge, who is tapped for the role in Shakespeare’s tragedy when the great (white) English actor Edmund Kean collapses on stage. Johnson, a young actor with charisma to burn, most recently played Paul in Theater Latté Da’s “Six Degrees of Separation.” 7:30 p.m. Friday and Saturday 2 p.m. Sunday. FMI and tickets ($20 advance/$24 door, $12 students with ID, free to ARTshare members). Ends May 28. 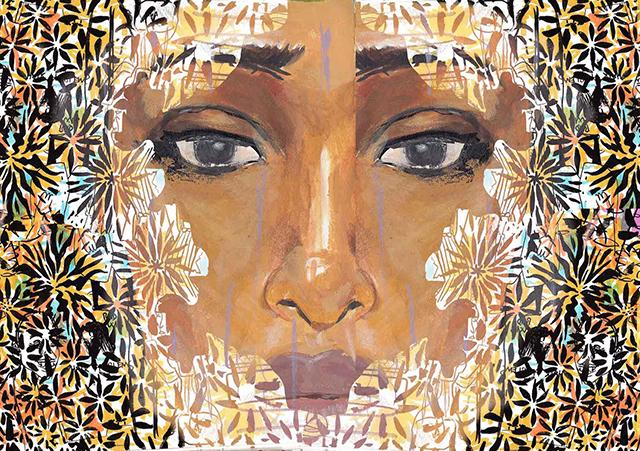 Courtesy of the artist
Art by Tunde Adebimpe

Thursday through Saturday at the Walker: Tunde Adebimpe’s “A Warm Weather Ghost.” The Walker, the SPCO’s Liquid Music and The Current all got behind this idea: the new commission and world premiere of a multimedia work by TV on the Radio’s frontman. The prodigious Adebimpe is a musician, actor, director, and visual artist. This truly unpredictable event will feature several guest musicians and vocalists – Money Mark, Mia Doi Todd, Aaron Steele, Sean Okaguchi, Morgan Sorne and Tracy Wannonae – performing with a large-scale projected visual art animation by Adebimpe. Post-show reception on Thursday, post-show Q&A with the artists on Friday. 8 p.m. all nights. FMI and tickets ($30/$25).

Thursday through Saturday at the Illusion Theater: Carlyle Brown’s “Acting Black.” Brown’s provocative one-man show on racism in America returns to the Illusion for three performances only. Part spoken word, part stand-up comedy inspired by Richard Pryor, George Carlin and Lord Buckley, this hourlong production premiered at the Southern Theater in 2015 and has been seen all over Minnesota. Each performance will be followed by a facilitated discussion about race and diversity. All are pay-what-you-want. 7:30 p.m. all nights. FMI and tickets. Recommended for ages 16 and up.

Friday at the Cedar: Epstein’s “Fall of the House of Usher” with live score by Pyrrah. Based on Edgar Allen Poe’s gothic horror story, written by Jean Epstein and Luis Buñuel, the dreamy, surreal 1928 silent “The Fall of the House of Usher” still feels fresh almost 90 years later. Pyrrah, a collaboration among Minneapolis-based musicians Jackie Beckey, Jonathan Kaiser and Adam Wozniak, has created a lush, atmospheric score using acoustic strings (viola, cello, bass), electronics and experimental sound-making tools. The International Novelty Gamelan band and the Hijack dance company will open. Doors at 7 p.m., show at 8. FMI and tickets ($10). All ages. 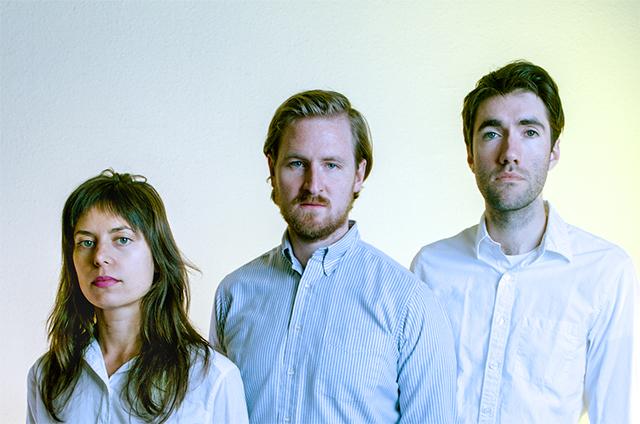 Courtesy of the artists
Pyrrha

Friday through Sunday in Northeast Minneapolis: 22nd Annual Art-A-Whirl. Wear comfortable shoes, take your time, have a plan (or a sort-of plan) and try to acquire at least one “I Bought Art” sticker, even if you go mainly for the bands. (Your sticker will get you free beer or discounts at several bars.) With 500+ artists showing (and sometimes creating) their work in 50+ locations, it’s impossible to see everything. Our best advice: If there’s something in particular you want to buy – something for your wall, table, or kitchen, a wearable, a gift, whatever – pay a visit to the online artist directory, search by artist medium, pick a place and go. If what you want is the being-there experience, just show up and wander. Visit the website for an overview. Grab a free Artist Directory and Guide at one of the information booths or main buildings, or download the Art-A-Whirl map or NEMAA (Northeast Minneapolis Arts Association) app. Be sure to talk with an artist or two, catch a demonstration or do something interactive. To get there, use the free Metro Transit passes or carpool, park and ride the complimentary trolley. City Pages has thoughtfully compiled a guide to this year’s music, happening at places like the 331 Club, the A Mill Artist Lofts, the Casket Arts building and Dangerous Man Brewing. So has the Current. Art-A-Whirl is free and open to the public. Hours: Friday 5-10 p.m., Saturday noon-9 p.m., Sunday noon-5 p.m.