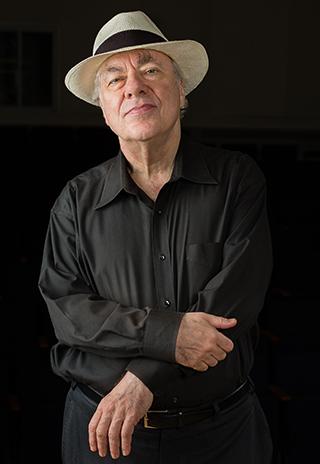 Since its founding, the Frederic Chopin Society has had one job: to present solo piano recitals by major artists of the international piano world. The society has done that job so well that it just announced its 35th season. All five concerts feature prize-winning, often-recorded artists who have played with major orchestras and festivals around the world and earned rave reviews in the international press. All will be held on Sunday afternoons in Macalester’s Mairs (say “mars”) Concert Hall, a warm, intimate, acoustically flexible space designed by HGA’s Tim Carl, who also designed the new Northrop and the Ordway Concert Hall.

Stephen Hough made his Twin Cities debut with the Chopin Society in 1994. Jonathan Biss, Benjamin Grosvenor, Yevgeny Sudbin, Simone Dinnerstein, Jeremy Denk, Imogen Cooper, Daniil Trifonov and Lise de la Salle have all played for the society. More than 130 pianists have appeared on past seasons, some multiple times over the years. And in case you’re wondering, the society long ago expanded its programming to include music by many composers, not only Chopin.

Moscow-trained pianist Zlata Chochieva will make her Chopin Society debut on Oct. 8. The winner of 14 international competition prizes and a rising YouTube presence, she plays in major concert venues and festivals all over, but mainly across Europe and most recently in Miami. She’ll perform Chopin’s Opus 25 Etudes and works by Rachmaninoff.

This name should sound familiar. Peter Serkin – his father was the great Beethoven interpreter Rudolf Serkin – will give his inaugural Chopin Society performance on Nov. 12. In 1966, when Serkin was 19, he won the Grammy for Best New Classical Artist/Most Promising New Classical Recording Artist. Since then, he has explored five centuries of classical repertoire, become a strong advocate for new music, played the world’s major concert halls and made numerous recordings. His program at the Mairs will feature works by Mozart and Bach’s “Goldberg Variations.” 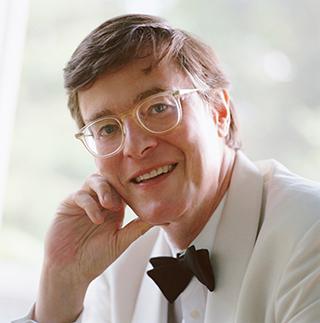 Jan. 21, 2018, will mark the Minnesota debut of Finnish pianist Juho Pohjonen. The winner of several piano competitions in Scandinavia, Pohjonen is a regular at international music festivals, including the Suvisoitto in Finland with Osmo Vänskä and Erin Keefe. He recently recorded the Sibelius Piano Trio for the California label Yarlung Records, but at the Mairs, he’ll play Bach, Franck, Mozart and Schubert (“Wanderer” Fantasy).

One of Britain’s foremost pianists, Imogen Cooper will give her fourth Chopin Society recital on March 4. Among her many accomplishments, Cooper has played with all the major British orchestras, won a 2007 CBE (Commander of the Order of the British Empire) and established the Imogen Cooper Music Trust to mentor young pianists. She’ll play music by Beethoven and Haydn and a contemporary piece by British composer Julian Anderson.

Another Chopin Society favorite, also making his fourth appearance here, New York native Richard Goode will close out the season on April 8, most likely with a sold-out concert. A leading interpreter of classical and romantic works, winner of the Avery Fisher Prize, he has recorded extensively for Nonesuch and won a Grammy for his CD of the Brahms sonatas with clarinetist Richard Stoltzmann. Goode will play Renaissance-era pieces by William Byrd and Bach, a Beethoven sonata and Book 2 of Debussy’s Preludes.

Details about the concerts, season and single tickets will be posted on the Chopin Society’s website by late May.

Tonight (Wednesday, May 10) at Magers & Quinn: Tom Nichols presents “The Death of Expertise: The Campaign Against Established Knowledge and Why It Matters.” The cult of ignorance is nothing new in America. We’ve always been suspicious of intellectual elites and partial to the idea that one person’s opinion is as good as another person’s actual knowledge. But, as Nichols points out, “These are dangerous times. Never have so many people had so much access to so much knowledge and yet have been so resistant to learning anything. In the United States and other developed nations, otherwise intelligent people denigrate intellectual achievement and reject the advice of experts. … I fear we are witnessing the death of the ideal of expertise itself.” People who don’t want to learn anything won’t show up, and this is bound to be depressing, but maybe Nichols will have suggestions for what to do. 7 p.m. Free.

Tonight at the Trylon: “Don’t Look Back” 50th anniversary screening. D.A. Pennebaker’s documentary about then-23-year-old Bob Dylan is now officially 50 years old. Good grief. Writer, musician, and author Dylan Hicks will give the introduction and play some music. Presented by Sound Unseen. 7 p.m. Tickets ($12) are sold out, but there are usually some available at the door. 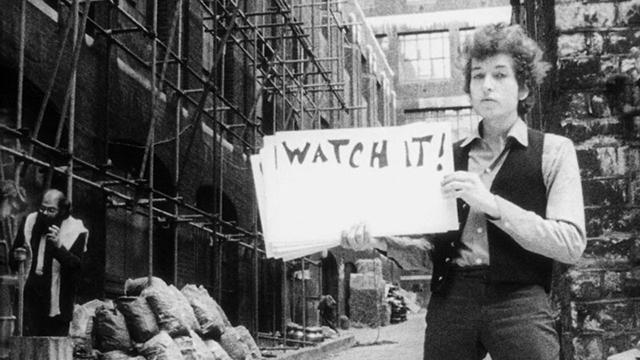 Thursday at the TPT Street Space: Christopher O’Riley. Schubert Club Mix closes out its fourth season with the popular pianist and NPR host (“From the Top”) and a mix of old and new music: Bach’s “Goldberg Variations” followed by Philip Glass’ “Metamorphosis No. 2.” Two sets: 6 p.m. and 8:30 p.m. FMI and tickets ($30 general admission). Come early for a music trivia game.

Sunday at MacPhail: The Bakken Trio and Wei-Yi Yang. Bring Mom to what the Bakken is calling “a bouquet of French chamber music.” The Trio will be joined by Taiwanese pianist and Yale professor Yang for music by Franck, Fauré, and Dutilleux and Bizet’s “Children’s Games” for piano four hands. 4 p.m. in Antonello Hall. Tickets here or at the door ($25/$20 seniors/$15 students).

Monday at Plymouth Congregational Church: Accordo. With guest artists Alexander Fiterstein on clarinet and Anna Polonsky on piano, the acclaimed chamber ensemble will perform a program of music by Schumann, Hindemith and Brahms. If you haven’t yet caught an Accordo concert and wonder who they are, this is the group made up of SPCO and Minnesota Orchestra concertmasters and principal string players. It’s a crème-de-la-crème situation. 7:30 p.m. FMI and tickets ($21-$32.50).