In “Refugia,” the Moving Company has created its most moving play to date, in every sense of that word. It tells the stories of people moving from country to country to save their lives. It aspires to move audiences to perceive the global refugee crisis more humanely. Begun in Texas, it moved to the Guthrie, where it will open in previews this Saturday, May 13.

And “I wouldn’t call it a play, by the way,” said director Dominique Serrand. What would he call it? “A journey through people’s lives – their history, events that occurred in their lives, crossing borders, leaving, arriving. The traumas. We call it an epic journey.”

Serrand founded the Moving Company in 2008 with Steven Epp, Christina Baldwin and Nathan Keepers. All four were core members of the former Theatre de la Jeune Lune, a visionary, Tony Award-winning company whose abrupt closing earlier that year shocked the local theater community and made national news. From the start, the Moving Company has been nomadic. Based in Minneapolis, it doesn’t have a permanent home. It often develops shows elsewhere, usually in partnerships with colleges and universities, and tours nationally.

“Refugia” first took shape in 2015 in the theater and dance department of the University of Texas at Austin. There’s a story behind that. Serrand shared it in conversation Wednesday, during a break from tech rehearsals.

MinnPost: What sparked “Refugia”? Where did the idea come from?

Dominique Serrand: We were on our way to work on a very different piece, a creation about Marlene Dietrich, the great German actress. That weekend, when we were on our way to Texas, 300,000 people crossed the border from Syria into Turkey, which is the largest exodus in the 21st century. We said, “We have to do a show about refugees.”

MP: So you all changed direction, just like that?

DS: Mmm-hmm. We did. Which had happened several times in the past [the Jeune Lune years]. We often did shows responding to a particular social movement. For example, I once did a production of “Tartuffe” by Molière as a response to Congress, who had decided that art equaled pornography. I said, “Now is the time to do Tartuffe.” It’s an old habit we have of responding.

We had no idea what this show would be. We arbitrarily decided that we were going to develop five chapters, five scenes. We knew that we wanted to do different stories with different sets of characters in different times and different places. So it’s not one long story, it’s a series of stories that somehow find echoes and eventually join together. I would say it’s like a piece of music, with movements.

MP: Five chapters in Texas became nine at the Guthrie.

DS: And the five chapters evolved, because events developed. The situation in Syria was very new then, and now we’ve been hearing about it for over two years, and it’s only gotten worse, as we know.

DS: That’s for sure. But the show is not a documentary by any means. It’s a reflection. We use very different tools, and each chapter has its own personality. For instance, there’s a scene that’s somewhat related to the [November 2015] Paris attacks. I say “somewhat” because it’s about an adolescent in France who decides to join Isis. We updated the show, but not in the places a documentary would. 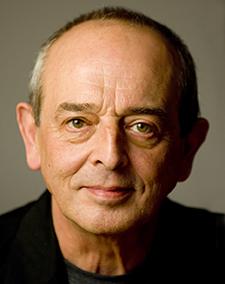 The point was not to make a piece about the latest news in terms of refugees, but a more reflective piece about what it means to cross borders. Most of the chapters are border crossings. For instance, during the Soviet era, a couple of Jews are trying to escape the Soviet Union to go to Israel. Another scene is about coming to America. Another is about going from Syria to Berlin. It’s a lot of different journeys.

People moving from place to place is certainly not new. What’s extraordinary is that in the 21st century, instead of reducing the amount of movement, we’re increasing it, for many different reasons. Economic reasons. Tyranny. Climate change, which plays a huge role, much more than anyone speaks about. The world has increased the number of reasons for leaving one country for another.

I have a lot of friends in France who are currently hosting refugee families. It’s unimaginable, the number of countries they come from. Mali, Niger, Libya, Syria, Afghanistan, Yemen, Somali, Iraq. The list is endless. Something we don’t address in the show, but I wish we had, is that it’s mostly individuals and volunteer groups who take care of these refugees. There’s very little government [involvement].

MP: What kinds of research did you do for “Refugia”?

DS: All kinds. Books, press from everywhere. We were very attentive to very different accounts coming from all sides. So international press, obviously. And a couple of my family members work for Reporters Without Borders and the Human Rights Commission. So we got real facts, accounts of events that happened and personal stories. It’s fascinating to hear those people talk because they’re on the front lines.

My sister teaches out in the streets in Paris. She teaches refugees who have just arrived the basics of French so they can get by. She brings a blackboard and writes words and tries to help them understand what they mean, so they can ask for bread and buy bread. If you speak even a few words of someone else’s language, you’re better received.

MP: “Refugia” is a response to world events. How would you like audiences to respond to “Refugia”?

DS:  When you do a theater piece, you always hope that it will open people’s eyes, and that they will change the way they look at something, the way they think about it. With this, we hope it will develop tolerance and open arms, and help [audiences] realize that these people, a lot of them, are refugees because we are bombing them. A lot of these movements of refugees come from the fact that we are at war. Wars create refugees. Every time you drop a bomb, you create refugees. That’s true not just for America but Europe, who is also involved.

The show also celebrates these people. Like the refugees from Aleppo. They keep their keys with them – the keys to their apartments and their homes – as if their homes were still standing up. The keys are a memory of their homes standing up.

Now at Artistry: “Wit.” Sally Wingert shaved her head for this. In Margaret Edson’s 1999 Pulitzer Prize-winning one-act play, Wingert is Dr. Vivian Bearing, a professor of 17th-century English poetry. Dying of ovarian cancer, she reflects on her life. If you see the title written as “W;t,” with a semicolon instead of a small I, it’s because of a discussion in the play about the use of a semicolon vs. a comma in one of John Donne’s sonnets. Just the sort of detail English majors love. With Todd Hansen, Corey DiNardo, Christina Castro and Barbra Berlovitz. In Artistry’s intimate Black Box. 7:30 p.m. Wednesdays-Saturdays, 2 p.m. Sundays. FMI and tickets ($9-30). Ends May 28.

Tonight (Thursday, May 11) at the Merriam Park Library: Yaa Gyasi. Club Book wraps its Winter/Spring 2017 season with the Ghanaian-American novelist and author of “Homegoing,” an award-winning, much-lauded New York Times best-seller that follows slavery’s legacy through six generations. The Washington Post dubbed it “[Alex Haley’s] ‘Roots’ for a new generation.” It has just come out in paperback. 7 p.m. Note: All St. Paul libraries are closed today for staff training, but Merriam Park will open at 6:30 p.m. for this event. 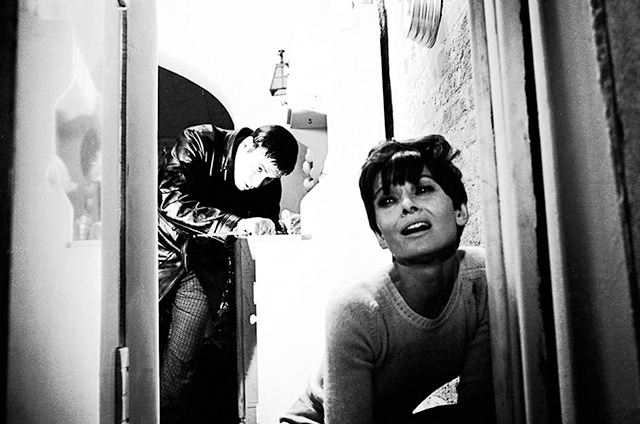 Tonight at the Heights: “Wait Until Dark.” With no monsters, aliens, vampires or special effects, this is one scary movie. Audrey Hepburn is Suzy, a woman who has recently become blind. Three very bad guys led by Alan Arkin think there’s a doll stuffed with heroin in her apartment. As they terrorize her, she turns out the lights. Let’s just say it’s not over until it’s over. Technicolor noir in a super-rare 35mm screening. Bonus: You can buy food at the DQ next door and bring it into the theater. 7:30 p.m. FMI and tickets ($10).

Tonight through Saturday at the Open Eye Figure Theatre: “Tender Mercies.” Storytellers Kevin Kling and Nashville’s Minton Sparks meet for an evening of storytelling inspired by the Oscar-winning film “Tender Mercies.” Many of us know Kling, but this will be Sparks’ Minneapolis debut. Huffpost described her as “akin to such great American muso-wordsmiths as Tom Waits, Mos Def, Gil Scott-Heron, and Henry Rollins.” 7:30 p.m. FMI and tickets ($22, $18 seniors, $15 students). Ages 10 and up.

Friday and Saturday at the Ordway Concert Hall: Pekku Kuusisto: Migration Patterns. These are the closing concerts of a festival called “Where Words End,” led by SPCO Artistic Partner Pekka Kuusisto, which has been exploring themes of immigration and cultural identity. The festival began last weekend with music of Sibelius, continued Tuesday night at the American Swedish Institute with a spectacular Liquid Music concert, and ends with these two performances. The program: Grieg’s “Holberg Suite”; a new work by American composer Gabriel Kahane, “Orinoco Sketches”; a selection of traditional American folk songs featuring singer/guitarist Sam Amidon and Kuusisto; and Sibelius’s “Valse Triste.” Friday at 11 a.m. and 8 p.m., Saturday at 8 p.m. FMI and tickets ($15-53; kids and students free).

Saturday at the Cedar: Festival au Désert – Caravan of Peace featuring the Ali Farka Touré Band and Terakaft. The annual Festival in the Desert, once held in or near Timbuktu, has been in exile since 2012, when Islamic extremists took over northern Mali and banned music. It was set to return in January of this year but was blocked at the last minute due to security fears. Two weeks earlier, suicide bombers attacked a nearby military camp, killing at least 77 people. Both the Ali Farka Touré Band, made up of musicians who traveled the world with the late Grammy winner and Malian blues master, and the Tuareg band Terakaft, which includes founding members of Tinariwen, have played previous festivals. All-ages standing show. Doors at 7, show at 8. FMI and tickets ($25 advance/$30 day of show).

Dominique Serrand talks about ‘Refugia’; Malian music at the Cedar