If you’ve driven or walked along the southeast edge of Lake Calhoun, the north end of Lake Harriet Parkway, on Dupont Ave. south of 36th or on 36th east of Lake Calhoun, you’ve passed Lakewood Cemetery. But have you ever gone through the gates where Hennepin Ave. ends? On Monday, Memorial Day, thousands will.

As the city of Minneapolis turns 150, its largest cemetery, founded in 1871 – four years after Minneapolis was incorporated and just 13 years after Minnesota became a state – will host a grand Memorial Day event. Free and open to the public, this annual celebration, now in its 22nd year, has something for everyone.

It will begin at 10:30 a.m. with a traditional ceremony honoring military service men and women, with music by Robert Robinson and his gospel quartet, words by historian Stephen E. Osman, music by the Minneapolis Police Band and a dove release, symbolizing peace. Tip: Arrive early if you’ll want or need a chair. The gates open at 8 a.m.

From there, you can go almost anywhere on the 250-acre grounds, a huge park in the city with rolling hills, stands of trees, manicured flower gardens and 11 miles of curving roads. Because it’s the city’s sesquicentennial, there will be a special one-day history exhibit in the award-winning, HGA-designed Garden Mausoleum called “The Making of Minneapolis: A Great City Grows in the Wilderness.” You can take a “People Who Shaped Our City” guided walking tour of graves and memorials carved with names that ring bells: Thomas Walker (the Walker Art Center), Charles Loring (Loring Park), William Washburn, Abram Fridley, the Pillsburys. If you prefer a self-guided tour, pick up a brochure in the admin building and/or download the mobile app.

Horse-and-carriage rides, trolley tours and historic streetcar rides will be available. (The streetcar rides cost $2 round trip; kids 3 and under ride free.) The Living History Society will lead arts-and-crafts activities for kids. You can hear live music in the Memorial Chapel – a domed building filled with jaw-droppingly beautiful Byzantine mosaics – and outdoors near the reflecting pool, where you’ll also find coffee and cookies. You can tour a private mausoleum, brought in for the occasion, with no permanent residents inside (yet). The exhibit, tours, music and rides will all be available from noon until 3 p.m.

If you don’t make it to Lakewood on Memorial Day, go another time. The gates are open every day, including holidays. Summer hours are 8 a.m. – 8 p.m. A private, nonsectarian cemetery and nonprofit association governed by a board of trustees, it’s home to 175,000 residents. In recent years, as cremations have increased and the sale of cemetery plots has slowed, Lakewood has ramped up its public outreach with events including trolley tours, a Father’s Day celebration, and a lantern lighting celebration in September. Occasional concerts take place in the Memorial Chapel. (The Gregorian Singers sang there on a Sunday in early May.)

Lakewood wants to be a destination for the living as well as the dead, a place we locals can visit to get away from the noise of our everyday lives, and a draw for out-of-towners, like any great cemetery. If you visit, you like it, and you decide you might want to move there permanently someday, that’s all in the plan.

After taking a tour of the Chapel and a guided tour of several historic gravesites, we’re Lakewood fans. There are some rules, mostly common sense and etiquette-related. No dogs, except for service dogs. No bicycles, skateboards or skating. Don’t bring a picnic. It’s OK to walk on graves – and kind of impossible not to – but don’t climb on the monuments.

Tonight (Thursday, May 25) at the Walker: Target Free Thursday Night. Free admission to all the galleries makes this the perfect night to tour the important “Merce Cunningham: Common Time” exhibition, see the new “Katharina Fritsch: Multiples” show and learn more about the artist who made the Big Blue Rooster, check out the “Cultivating the Garden” exhibition so you’ll be ready and smart for the June 3 grand opening of the renovated Minneapolis Sculpture Garden, and whatever else your little heart desires. 5-9 p.m. 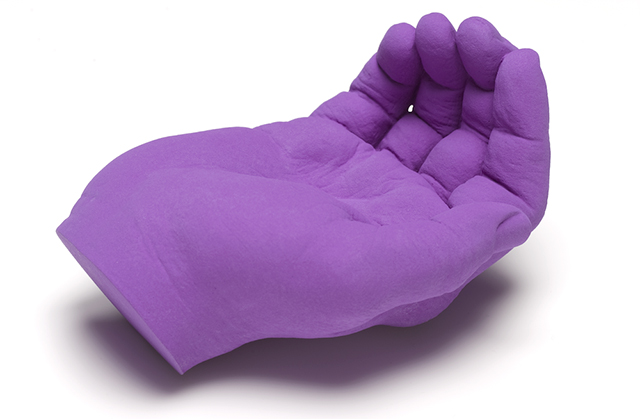 Tonight at Minnesota Museum of American Art (aka The M): Opening reception for “David Hamlow: Mirror Stage.” Good Thunder, Minnesota-based artist Hamlow’s installation includes watercolors, drawings, found-object sculptures and geodesic structures made of waste materials – paper and plastics. Some of his materials were donated by residents of the Pioneer Endicott Building, where The M is located. Some pieces will continue to grow during the exhibition, which closes July 30. Hamlow and curator Christopher Atkins will be present. 5-7 p.m. Free and open to all; cash bar available.

Friday at the Film Society’s St. Anthony Main Theatre: “Young Lynch: The Art, Music, and Early Films of David Lynch.” As “Twin Peaks” returns to television (it’s on Showtime now), the Film Society honors the auteur with a mini-Lynch film festival. A double-feature screening will include the documentary “David Lynch: The Art Life” and “The Short Films of David Lynch.” The first, a look back at his formative years, includes conversations with Lynch and a visit to his compound and painting studio. The second features new 2K digital restorations of six short films. Screening separately, the fully restored, 40th-anniversary “Eraserhead” will creep us out all over again. FMI and tickets here and here. Through Thursday, June 1.

Friday at the Turf Club: Fathom Lane “Asilomar” Album Release Party. Just as we did in 2012 with “Down by Half” and in 2013 with the eponymous “Fathom Lane,” we’ve fallen under the spell of Michael Ferrier’s latest release, “Asilomar.” Singer-songwriter, guitarist and tambourine shaker Ferrier wrote most of the songs, except for “Hung Up and Overdue” (a Tom Petty cover) and “Country Roads” (a John Denver reinvention), and they all have real melodies and intelligent, poetic lyrics. The arrangements are dreamy, plush and layered, touched by rock rhythms. What to call this music? Alt rock/alt country/alt folk, pop, ambient, close-your-eyes-and-listen. Friday night’s band will include Ferrier on guitars and vocals, Ashleigh Still on keys and vocals, Matt Patrick on guitar and vocals, Shane Akers on lap steel, Charlie Peterson on keys, Paul Boblett on bass and Alex Young on drums. With guests TABAH and Monica LaPlante. 8 p.m. doors, 9 p.m. music. FMI and tickets ($10 advance, $12 door). 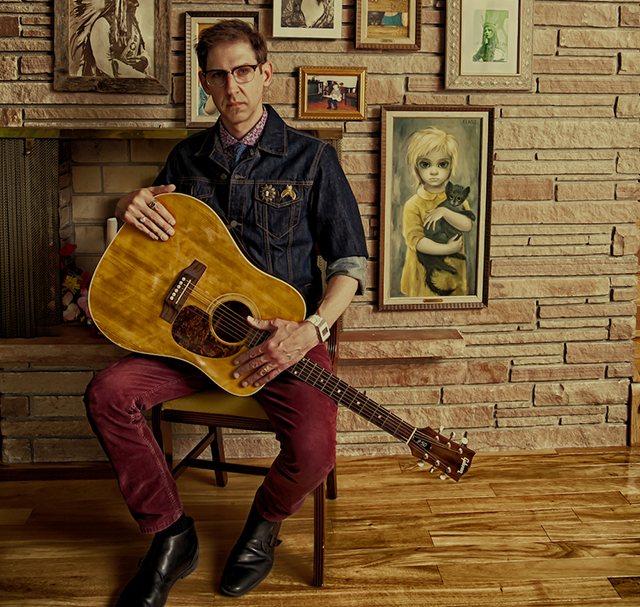 Photo by George Roedler
Michael Ferrier will perform Friday at the Turf Club.

Saturday at Crooners: The Incidental Trio. Curator and host Maria Jette wraps her first season of Saturday Salons – “Chamber Music in the Golden Light of Day” – with a concert performed on piano and two underappreciated instruments: clarinet and viola. Why are there so many clarinet and viola jokes? Jette thinks it’s because the other instruments are jealous. Hear for yourself when the Incidental Trio (Karen Hansen, Sue Ruby, Steve Staruch) performs Mozart’s “Kegelstatt” Trio and a trio by contemporary composer Eric Ewazen. Plus Jette will sing Brahms’ “Cradle Song.” 3 p.m. in the Dunsmore Room, made for listening, with views of the garden and the lake beyond. FMI and tickets ($20). Full bar and appetizers available.

Saturday and Sunday at the James J. Hill House: Death of the Empire Builder Weekend. Hill died in his Summit Ave. home on May 19, 1916, at age 77. (He is not buried at Lakewood, by the way, but at Resurrection Cemetery in St. Paul.) Tours this weekend will emphasize his career and the public’s reaction to his death. Photographs and newspaper articles will be on view, and a small selection of memorial volumes including one given to the family by the Great Northern Railway, created by Tiffany and Company. Guest organists will play music used at his funeral. Tours every half-hour from 10 a.m. to 3:30 p.m. FMI and tickets ($10-8; kids 4 and under and MNHS members free).