Because “La Bohème” has already been updated – it’s called “Rent” – most opera companies don’t feel the need to set it in Weimar-era Berlin or dress the cast in motorcycle jackets. They leave it when and where composer Giacomo Puccini put it: in 19th-century Paris, in the Latin Quarter, mostly in winter. That, thank goodness, is what Minnesota Opera has done with its production, which opened Saturday at the Ordway Music Theater.

“La Bohème” is one of the most popular and often-staged operas in the world. (Opera buffs include it among the three ABCs, with “Aida” and “Carmen.”) It was successful almost from the start; the 1896 premiere in Turin, Italy, was led by Arturo Toscanini. It has been performed in the United States regularly, some say ceaselessly, for 120 years. The Met has presented “Bohème” almost annually since 1900 – to date, more than 1,300 performances.

This is Minnesota Opera’s sixth “Bohème.” (That number would be higher, except from 1963-80, the St. Paul Opera and the Met, which toured to Northrop each summer, handled all the traditional productions.) Sure, it’s a safe bet – Minnesota Opera knew that going in and gave it a longer-than-usual run of nine performances – but it’s also sublime. Musically, visually, and especially emotionally, this “Bohème” hits all the right notes.

Michael Yeargan’s sets and Marcus Dilliard’s lighting bring old Paris to life, from the small, shabby attic atelier shared by Rodolfo, the poet, and Marcello, the painter, to the bustling market street that doubles as the Café Momus, to a guarded gate at the city’s edge. In Act I, Dilliard slowly fills the attic with silvery moonlight as Rodolfo and the seamstress Mimi fall in love.

Due to the number of performances, this production has two conductors and two main casts. At the one we attended, the Music Director Michael Christie led the orchestra, which did a beautiful job with Puccini’s lush, luminous score, with its hummable melodies and memorable themes. The role of Rodolfo was sung by tenor Scott Quinn, Marcello by baritone Edward Parks, Mimi by soprano Nicole Cabell and flirty Musetta by Mary Evelyn Hangley. Their friends are Colline, a philosopher, sung in all performances by Benjamin Sieverding, and Shaunard, a musician, sung by Thomas Glass. Except for the market scene in Act II, when the stage fills with Christmas Eve celebrants and children, it’s a small cast of likable characters – even the unlikable ones, of which there are only two, a philandering landlord and an older, wealthy man. Both are bamboozled by the Bohemians.

Part of what makes “Bohème” so achingly sweet is there are no villains except for poverty. Everyone is cold, hungry, and struggling to be an artist, but there’s a lot of joking around and genial camaraderie. When Shaunard shows up with a meal, it’s a party. The Bohemians are true friends who celebrate each other’s successes, share each other’s sorrows, and jump in to help when it’s needed. Colline even sells his beloved coat for medicine money; his song to his coat, which comes very late in the opera, is a lovely surprise and made us wish we could hear more of Sieverding’s resonant baritone.

The keys to a great “Bohème” are Rodolfo and Mimi, and in Quinn and Cabell, Minnesota Opera has a perfect pair. They have great chemistry and convince you they’ve fallen head over heels at their first meeting. They nail the opera’s two defining arias – his “Che gelida manina” (“What a cold little hand!”), followed soon after by her “Si, Mi chiamano Mimi” (“Yes, they call me Mimi”) – then win us forever with the soaring duet “O soave fanciulla” (“Oh, beautiful maiden in the moonlight”). And that’s just Act I. Parks and Hangley aren’t quite as persuasive, but they don’t need to be; their love is of a different kind, less spiritual, doomed not by fate but character. Parks makes a terrific put-upon Marcello, Hangley a wickedly funny Musetta.

Stage director Octavio Cardenas brings out the best in everyone and keeps the stage in constant, fluid motion. Walter Mahoney’s costumes – and there are many, especially in the market scene – are just right. Clocking in at 2½ hours, including two intermissions, this production is everything you want a “Bohème” to be. Unless you’re made of stronger stuff than we are – and most of the audience who were seated around us – bring a tissue.

Minnesota Opera’s “La Bohème” continues through May 21, ending with a Sunday matinee. FMI and tickets ($25-200). 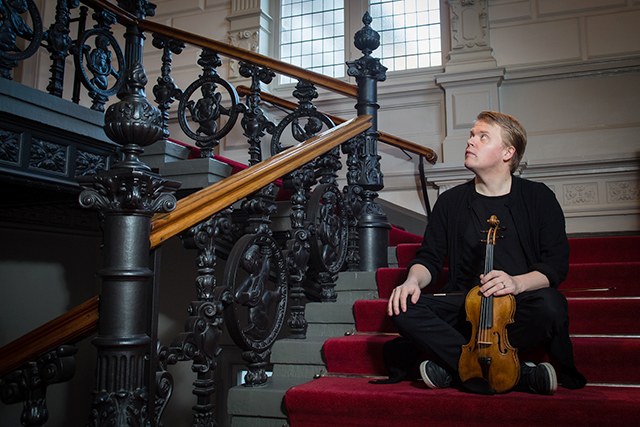 Thursday at the Ordway Concert Hall: Happy Hour Concert with Pekka Kuusisto. A right-after-work happy hour with free beer, food trucks, and an hour of music in the Concert Hall. The SPCO first tried this in April 2016 and it worked so well that three Happy Hour concerts are already scheduled for the 2017-18 season. Thursday’s musicians include famed Finnish violinist and SPCO artistic partner Pekka Kuusisto, composer and multiinstrumentalist Gabriel Kahane and folk artist Sam Amidon. Happy Hour starts at 4 p.m., music at 6. FMI and tickets ($15; kids and students free).

Thursday and Friday at the Hopkins Center for the Arts: Pen Pals: James McBride and The Good Lord Bird Band. Friends of the Hennepin County Library wraps its 2016-17 season with a combination of literature and live jazz. McBride – the New York Times best-selling author of “The Color of Water,” “The Good Lord Bird” (winner of the 2013 National Book Award) and “Kill ’Em and Leave: Searching for the Real James Brown,” the authorized biography of the Godfather of Soul, also sings, plays saxophone and fronts a five-member band. They’ll join him on stage for this special Pen Pals program. Thursday at 7:30 p.m., Friday at 11:00 a.m. FMI and tickets ($40-50). 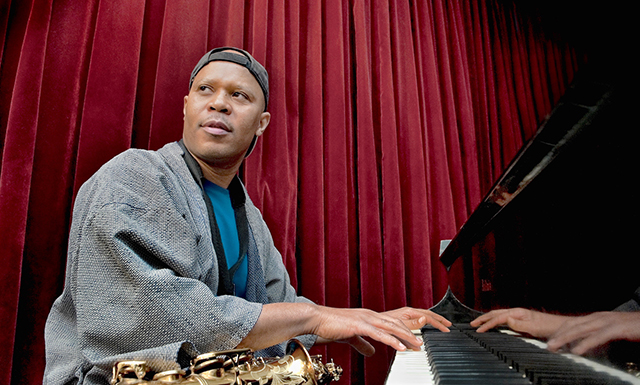 Friday at the Walker: Steve Coleman and Natal Eclipse. New York-based jazz composer, saxophonist and bandleader Coleman has made 30 albums and won big prizes – MacArthur and Guggenheim fellowships in 2014, a Doris Duke Performing Artist award in 2016. But a lot of people, including many jazz fans, have no idea who he is. Coleman’s latest album, “Synovial Joints,” is, in his words, “a four-part suite inspired by the joints that bind the musculoskeletal system.” He falls into the brainiac musician category, which includes people like Rudresh Mahanthappa (who once made an album based on number theory), Steve Lehman (who uses a French compositional technique called “spectral harmony”), Vijay Iyer, Craig Taborn, The Bad Plus, and, come to think of it, an awful lot of jazz musicians. In the end, it’s about the music, and Coleman’s is fascinating. Parts of “Synovial Joints” sound very much like chamber music. He’ll be here with his eight-member ensemble of highly skilled improvisers including Matt Mitchell on piano, Greg Chudzik on bass, Roman Filiu on tenor saxophone, Rane Moore on clarinet, Jonathan Finlayson on trumpet, Kristin Lee on violin and Jen Shyu on voice. This will be their Midwest debut. 8 p.m. FMI and tickets ($32/$25.60 Walker members).

Saturday: 2017 Twin Cities Bungalow Club Home Tour. In neighborhoods across the Twin Cities, small houses are being leveled and replaced by big houses. That’s part of what makes this home tour so refreshing. Some of the stops are larger Arts and Crafts-style homes, but most are snug and cozy bungalows, with lots of wood and character. This year’s tour includes six homes. Pick up a map at the first house, located at 3431 39th Ave. S. in Minneapolis. 10 a.m. to 5 p.m. Bungalow Club members free; non-members $5.

Minnesota Opera production is everything you want a ‘Bohème’ to be