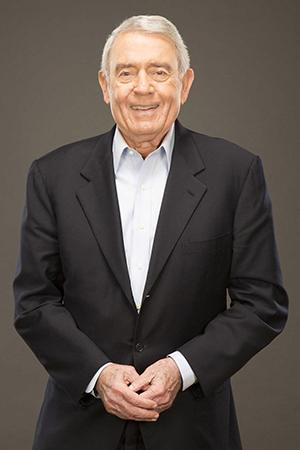 Courtesy of Algonquin Books
Dan Rather

In November, former CBS news anchor and Peabody Award-winning journalist Dan Rather will appear. By then, Rather will have a brand-new book, and every ticket buyer will receive a copy. Due out Nov. 7 from Algonquin, “What Unites Us” is a collection of essays on patriotism.

Rather was the CBS News anchor for 24 years. After leaving CBS News in 2006, he started the primetime news magazine and documentary program “Dan Rather Reports” on HDNet; it won an Emmy in 2012. He also hosts “The Big Interview With Dan Rather” on AXS TV. In January 2017, he launched a media company, News and Guts, and a Facebook page by the same name that now has more than 1.3 million followers. Its mission: to counter misinformation and stand up to Trump’s combative tone toward journalists.

The 2017-18 season will begin in September with multiple Emmy and Golden Globe winner Alan Alda, best known as Hawkeye Pierce in the classic TV series “M*A*S*H.” Alda is an active member of the science community and founder of the Alan Alda Center for Communicating Science at Stony Brook University. He’ll talk about his new book on building empathy and becoming better communicators, “If I Understood You, Would I Have This Look on My Face?” Buy a ticket, get a copy.

October will bring novelist, short story writer and journalist Jennifer Egan, whose “A Visit From the Goon Squad” won the 2011 Pulitzer Prize, the National Book Critics Circle Award for Fiction, and the LA Times Book Prize. Her next novel, “Manhattan Beach,” will be out by then. In February 2018, Colson Whitehead will return to the Twin Cities. Since his most recent appearance here with Talking Volumes, Whitehead has won the 2017 Pulitzer Prize, the National Book Award and the Carnegie Medal for Fiction, all for his #1 New York Times best-seller “The Underground Railroad.”  A National Book Award winner for “Salvage the Bones,” Jesmyn Ward will close the season in May, by which time her new novel, “Sing, Unburied, Sing,” will be available. 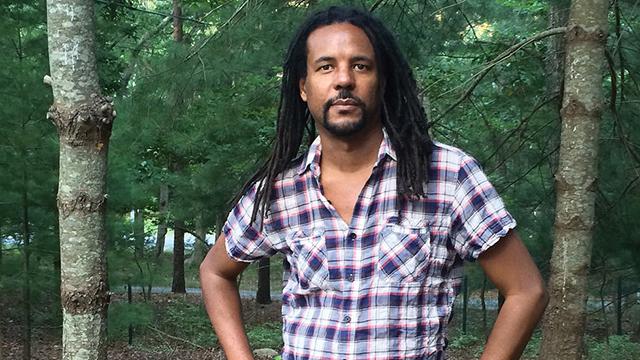 Hughes is a singer, songwriter, recording and theater artist who has performed with the Minnesota Orchestra at Orchestra Hall, at Lincoln Center in New York, and throughout the Twin Cities. Her many theater credits include “Black Nativity” at the Penumbra, “Caroline or Change” at the Guthrie, and “Cinderella” at the Ordway. She is often the force behind community benefits and projects to aid those who have fallen on misfortune. Shahghasemi is an Iranian vocalist and composer. Her studies at the U of M and New York University have focused on restrictions on the voices of female classical vocalists in Iran, and on using the arts to address topics in social justice and humanities. She released her debut album, “Wind Between the Horse’s Ears,” in 2015 and currently works with the social justice theatre troupe Making Waves at Hamline.

Soprano Shaw specializes in Renaissance, Baroque and contemporary classical music. She has co-created several live-music-for-dance projects with composers including Jocelyn Hagen and Abbie Betinis; tours internationally with the women’s quartet Quince Contemporary Vocal Ensemble and the Chicago-based collective Ensemble Dal Niente; and self-produces programs of 17th- and early 18th-century music in Minnesota. Versatile guitarist, composer and arranger Sparks won the National Fingerpicking Championship in 1993 for his solo guitar rendition of Tchaikovsky’s “Nutcracker Suite.” His many recordings include several for John Zorn’s Tzadik label and his most recent, “Chasin’ the Boogie.” A member of Rio Nido, Sparks can often be heard at Icehouse. His next performance there is Friday, May 19, at 6:30 p.m. 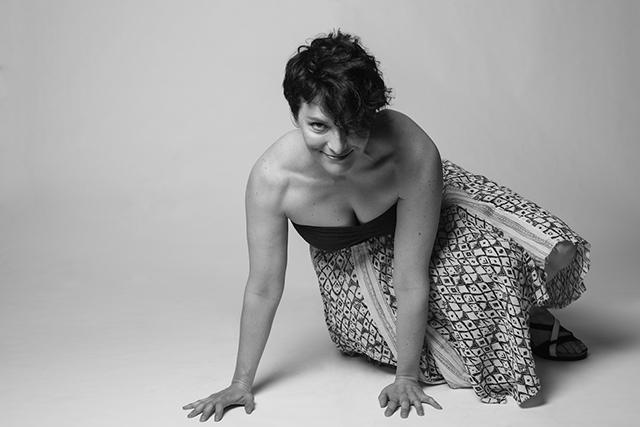 Now at the Film Society’s St. Anthony Main Theatre: “Voice From the Stone.” If you missed this during the Film Festival, it’s back for a longer run. Emilia Clarke (“Game of Thrones”) is a nurse hired to care for a traumatized young boy in a castle in 1950s Tuscany. As she begins her work, she notices strange goings-on. Director Eric D. Howell has called it “a Hitchcock fairytale.” FMI including trailer, showtimes and tickets. Thursday’s final screening (7:15 p.m.) will be followed by a Q&A with Howell.

Tonight (Tuesday, May 16) at the University Club: Carol Connolly’s Reading by Writers. Maybe it’s the elevated circles we travel in (kidding), but we know a lot of people who write for children and young adults, or harbor a secret desire to write for children and young adults. Here’s a golden opportunity to hear from authors in the know – experienced writers of good stories for people of all ages, including young readers. On the program: John Coy (who has written about a zillion books), Andrew DeYoung (“The Exo Project”), Susan Koefod (“Naming the Stars”) and Julie Schumacher (“Dear Committee Members,” “The Unbearable Book Club for Unsinkable Girls”). 7:30 p.m. Free, but a hat will be passed to support Saint Paul Almanac.

Tonight at the St. Paul Athletic Club: J. Robert Lennon and Benjamin Percy. Lennon’s new novel, the psychological thriller “Broken River,” is out from Graywolf today. He’ll read a bit and talk with Benjamin Percy, whose “Thrill Me: Essays on Fiction” was published last year by Graywolf. Percy is also the author of the blockbuster novels “Red Moon” and “the Dead Lands,” with “The Dark Net” forthcoming. Plus he writes comic book series for DC and Dynamite Entertainment. This event is sponsored by SubText Books. At Butler’s, the Club’s café on the second-floor mezzanine. 7 p.m. Free.

Wednesday at a movie bigaplex near you: “The Fifth Element” 20th Anniversary. Sony’s 4K restoration of Luc Besson’s insane sci-fi epic – the one where the cab driver (Bruce Willis) must save the perfect weapon, Leeloo (Milla Jovovich), from the evil industrialist Zorg (Gary Oldman) – will be even more eye-popping than the original. Bonuses: an introduction by Besson and a sneak peek at his new film, “Valerian and the City of a Thousand Planets,” which opens in theaters on July 21. 2 p.m. and 7 p.m. FMI and theater finder (enter your ZIP). Ticket prices vary.

Wednesday at Northrop: Eifman Ballet. The great Russian company from St. Petersburg, a Northrop favorite, returns with an evening-length work last seen here in 2000. Artistic director Boris Eifman’s “Red Giselle” is a sumptuous tribute to the Russian ballerina Olga Spessivtseva, a dancer in the Imperial Theater who fled Russia after the Bolshevik Revolution, became an international star, and spent 20 years in a New York psychiatric ward. Spessivtseva’s greatest role was “Giselle,” and Eifman’s production is a ballet-within-a-ballet, blurring the lines between reality and fiction. Set to a score that combines Tchaikovsky with Ravel, this is Northrop’s season finale, our last chance to see international dance on the Northrop stage until October. 7:30 p.m. FMI and tickets ($61-81; discounts available).

Thursday at the Minneapolis Central Library: “Hold: A Play About Women and Incarceration.” Minneapolis actor and playwright Thomasina Petrus performs songs, stories and poems by women incarcerated at the Hennepin County Adult Corrections Facility. After the performance, learn more about resources for families affected by incarceration. Petrus is a 2016-17 McKnight Theatre Artist Fellow at the Playwrights’ Center. 7 p.m. Free, with registration required.

Thursday-Sunday at the Howard Conn Performing Arts Center in Plymouth Church: “Alexander and the Terrible, Horrible, No Good, Very Bad Day.” The final four performances of the musical adaptation of Judith Viorst’s beloved story. Viorst did the adaptation, Shelly Markham wrote the music, and the message – that every bad day eventually comes to an end, and if Alexander can live through his bad day, so can we all – seems especially pertinent. Thursday (May 18) at 10 a.m. and 12:30 p.m., Friday at 10, 12:30, and 7:30 p.m., Saturday at 7:30 p.m. Sunday (final performance) at 2 p.m. FMI and tickets ($7-15).