In 1978, Ranee Ramaswamy emigrated from Chandanagore, India, to Burnsville, Minnesota, with her then husband, Raj, and their 3-year-old daughter, Aparna. Last night at the A-Mill Artist Lofts, Ranee, Aparna and Aparna’s sister, Ashwini, announced their plans for the 25th year of Ragamala Dance Company.

Founded in 1992 as Ragamala Music and Dance Theater, the company – which practices a complex, rigorous, highly structured dance language called Bharatanatyam, a South Indian form that dates back 2,000 years – has made a home in Minneapolis, of all places. From here, it has become nationally and internationally known for bringing Bharatanatyam forward to today, staying true to its roots and traditions while making it meaningful to modern audiences.

Ragamala’s history of imaginative and sometimes daring collaborations includes works with poets, painters, contemporary composers and jazz musicians. Thinking big and planning ahead, this surprisingly small company – five dancers, a tiny staff – is about to have its busiest, most expansive year ever.

A creative residency in June at the Rockefeller Foundation’s Bellagio Center in Italy will be followed in July by a student performance in St. Paul and a party at the Cedar with New York-based “Basement Bhangra” DJ Rekha. From August through December, the company will perform somewhere every month: in Scotland, Massachusetts, California, Michigan, Wisconsin, and Minnesota (Detroit Lakes, Northfield, Worthington). They will draw from their extensive repertory of original works; “Nocturne,” “Sacred Earth,” “They Rose at Dawn” and “Written in Water” are all on the schedule.

After taking “Written in Water” to Abu Dhabi, they’ll return to Minneapolis for their 25th Anniversary gala and the world premiere of a new work, “Body, the Shrine,” described as “an exploration of the mythography of the intimate and the infinite.”

This fall, Ragamala will host its third annual “Ode to Navarathri” community event, a festival of art sharing. Other events include a September performance and artist talk by master dancer, choreographer and company guru Alarmél Valli, a screening of a film about Valli and a screening of a new documentary about Ragamala.

Naturally, we were hoping for a local writer. But from more than 4,000 entries the Mall of America received for its first-ever writer-in-residence contest, they picked Brian Sonia-Wallace, a Los Angeles-based poet and performance artist who sounds perfect for the job. 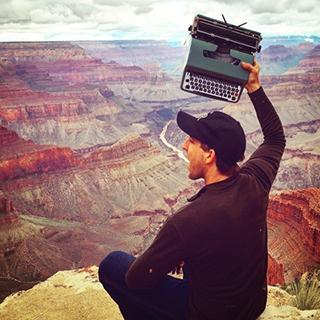 Courtesy of the Mall of America
Brian Sonia-Wallace

MOA announced the contest in February as part of its 25th birthday celebration. The winner will take up residence in the Mall for five days and write poems. At least four hours of each day must be spent at a writer’s desk on public view in a common area. The prize is a $2,500 honorarium, a $400 gift card for food and drink within the Mall, four nights in an attached hotel and air fare.

This is not a job for an elusive, reclusive Emily Dickinson-type scribbler. Sonia-Wallace is the polar opposite. A former artist-in-residence for the City of Los Angeles, he’s known as the RENT Poet – a poet for hire. He has written for Google and celebrity weddings, at festivals and events. He’s the 2017/18 Amtrak writer-in-residence and also has residencies this year with the Chandler Center for the Arts in Arizona and the University of North Dakota. He has held past residencies with the National Parks System, the LA County Museum of Arts, the Shuar Nation of Ecuador, a gallery in Germany and Dollar Shave Club. He was a 2015 Doris Duke Impact Award nominee, he holds an MA in sustainable development from Scotland’s St. Andrews University and he works on a manual typewriter.

“I want to bring poetry back into everybody’s lives,” Sonia-Wallace said in a statement. “We think of poems as this elite art form, but their roots go back to the dawn of self-expression and communication. … I’m excited to bring my model of poetry as a service, as a gift, to help celebrate Mall of America’s birthday.” His own birthday is June 17, and his residency is scheduled for June 14-18.

We asked Ben Johnson for a few words about Sonia-Wallace. The former director of Northrop Concerts and Lectures, Johnson is now the director of performing arts for the City of Los Angeles Department of Cultural Affairs. “When I first moved to L.A., a crazy vast arts city, one of the first people I heard of was Brian Sonia-Wallace,” Johnson said. “In a city filled with script writers, play writers and poets, Sonia-Wallace completely stands out! I’m so happy (and a little jealous) that the Twin Cities will get to have him in residence to experience his creative genius!”

Opens tonight (Friday, May 19) at the Park Square: “Amy’s View.” Linda Kelsey, Tracey Maloney and Gabriel Murphy lead the cast in Park Square’s staging of David Hare’s drama about love, disappointment, and the lifelong tension between a mother and daughter. With Cathleen Fuller and Nathaniel Fuller; directed by Gary Gisselman. 7:30 p.m. FMI and tickets ($40/$60). Through June 4.

Tonight and Saturday at Pangea World Theater: “Anything but English: Language in Space.” What happens in a space where the connections formed between people must move beyond words? This multilingual cabaret features artists whose native languages are “anything but English.” Each night is a different lineup. Co-produced with Patrick’s Cabaret. 7:30 p.m. FMI and tickets ($10).

Tonight and Sunday: The Saint Paul Chamber Orchestra: “In Times of War.” A program of music born from the horrors of war. Czech pianist and composer Gideon Klein wrote his Partita for String Orchestra in the Theresienstadt concentration camp, Bartók his Divertimento for Strings as World War II edged toward Hungary, Shostakovich his Chamber Symphony under the eye of Communist censors. 8 p.m. tonight at Wayzata Community Church, 2 p.m. Sunday at the Ted Mann Concert Hall. FMI and tickets ($13-43, kids and students free).

Saturday at Hook & Ladder: Zacc Harris “American Reverie” CD Release Party. In politically charged times, jazz musicians often have something to say. Months before the November elections, trombonist Delfeayo Marsalis released an album called “Make America Great Again!” Meanwhile, Twin Cities-based guitarist Zacc Harris was working on his next release, “American Reverie.” While not explicitly political, it is meant as a commentary on America today, and it covers a swath of emotions: sadness, tenderness, grief, anger, an aching wistfulness, and a fierce determination. Recorded with Matt Peterson on bass and Lars-Erik Larson on drums, these are songs you wouldn’t expect to find in the same place: “Shenandoah,” the Ronettes’ “Be My Baby” (transformed by Harris’ new arrangement), Willie Nelson’s “On the Road Again,” Dylan’s “Simple Twist of Fate,” Lead Belly’s “In the Pines” (in which the band catches fire), a “Star Spangled Banner” that goes out in a fusillade of drums. Good stuff. With Lesser Lakes Trio (also a CD release) and Jeff Ray with Hurricane Harold. 7 p.m. FMI and tickets ($10 advance, $15 door). 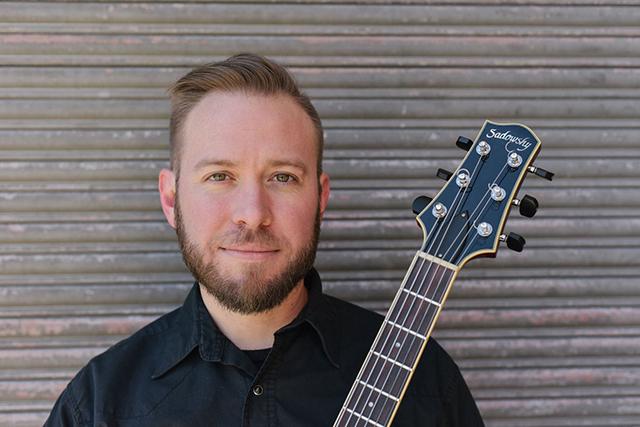 Courtesy of the artist
Zacc Harris

Sunday at the Minnesota Masonic Heritage Center: Dvořák Cello Concerto with Cellist Anthony Ross. The Minnesota Orchestra’s principal cellist will join the Kenwood Symphony for a performance of Dvořák’s masterpiece, one of the finest concertos in the cello repertory. Also on the program: Respighi’s “Pines of Rome” with a guest performance by the Twin Cities Trumpet Ensemble (TCTE), 24 strong. The concert will take place in the new Ives Auditorium, with Yuri Ivan conducting. 3 p.m. FMI and tickets ($12-28).

Sunday on your teevee: “MN Original: Be Heard Youth Poetry Slam, Bill Phelps, Accordo.” As Twin Cities PBS’ arts-and-culture series has evolved over the years, it has inched closer to its subjects. This week’s episode visits the annual Be Heard Youth Poetry Slam, where young people have a voice. “When we do poetry, we’re opening our bodies,” says Amir, 18. “We’re saying things we don’t say normally.” Award-winning photographer Bill Phelps is a St. Paul native whose assignments have included Oscar nominees, fashion, and travel. He’s a seeker of beauty and truth, and lately, his biggest influence is his young daughter. “She’s affecting the way I see the world,” he says. Accordo is the ace chamber ensemble whose members are principal string players from the Minnesota Orchestra and the SPCO. We follow them from a performance at Icehouse to a convivial dinner at Minnesota Orchestra concertmaster Erin Keefe’s home, and from there to a rehearsal and a house concert. “We really are all friends. It’s not fake,” says Keefe. And the music is sublime. “MN Original” airs Sunday night on TPT 2 at 6 p.m. and again at 10. Watch online anytime.

Monday through Wednesday at the Southern: Savage Umbrella’s Night of New Works. See up to 25 minutes each of three works in progress – all new, all unfinished. Then stick around to give your feedback. Includes Mark Sweeney’s “A Squid Has Three Hearts,” Scotty Reynolds’ “Dr. Falstaff and the Working Wives of Lake County” and “We Had a Second Bathroom” by Eva Adderley and Jordan Lee Thompson. 7:30 p.m. all nights. FMI and tickets ($5-24 pick-your-own-price). Opening reception (with snacks and beverages) Monday at 6 p.m.