The more things change, the more they stay the same. In 1833, an actor named Ira Aldridge was dismissed from playing the title role in Shakespeare’s “Othello” because he was black. The newspaper reviews were racist and cruel.

Earlier this month, an actor named Damien Geter was effectively dismissed from playing the role of Nick in Edward Albee’s “Who’s Afraid of Virginia Woolf?” because he was black. The Albee estate withdrew the rights for a theater in Portland to present the play. The director had cast Geter in a role Albee wrote as a Caucasian with blonde hair and blue eyes. The estate, which has the right to approve casting choices, did not approve.

Aldridge’s story is told in “Red Velvet,” a play by Lolita Chakrabarti now at the Southern in a Walking Shadow Theatre production. It had its world premiere in London in 2012, not that long ago, but subsequent events have sharpened and magnified Chakrabarti’s words. A casual reference to the Russians and their “nervous leaders” sounds very contemporary. So does the ugly language of the reviews.

It’s hard these days not to view everything through a political lens. You can do that with “Red Velvet,” if you want. But you don’t have to. This is a play about racism and breaking down barriers, or trying, which has been going on for a very long time. It’s also about acting, and the struggle to be one’s true self, and the purpose of theater. It’s a slice of history staged at the Southern, where Annie Henly’s period sets work well with the rough brick and stone walls.

JuCoby Johnson, last seen in Theater Latté Da’s “Six Degrees of Separation,” plays Aldridge near the end of his life, on tour in Poland, and in the prime of his life, at London’s Theatre Royal, Covent Garden. At 26, Aldridge was already an experienced actor when he was hired to step in as Othello after the celebrated white Shakespearean stage actor Edmund Kean collapsed during a performance. JuCoby shines as a young actor cast in the role of his lifetime, against impossible odds. And he’s powerfully affecting as an old man preparing for his final appearance on stage.

As Ellen Tree, the actress who plays Desdemona, Elizabeth Efteland is a calm and elegant presence, willing to set aside the “teapot style” of acting popular at the time (one hand on the hip, the other making grand gestures) and try Aldridge’s suggestions. “Play what I feel?” she exclaims. “How avant-garde!” She also must cope with a racist, short-fused fiancé, Kean’s son, Charles, played by Ty Hudson.

Laporte and Aldridge are longtime friends who once vowed together to “mutiny” against the system. Preparing the rest of the company to meet Aldridge, Laporte insists, “He really is the best man for the job.” Their friendship makes a scene near the end especially painful.

A Jamaican servant, Connie (Kiara Jackson), is a silent observer, pouring tea and passing macaroons. After the reviews come in, and before Aldridge has read them, she shares a few choice words with him. “People have two faces,” she says. And “Only ask if you want to hear.”

Amy Rummenie directs with a sure hand, including a play-within-a-play: part of the crucial handkerchief scene from “Othello.” For that alone, the crimson curtain – red velvet? – at the back of the stage opens.

Our only beef was the sometimes thick accents. Most were English. Schnabel’s was French. Altenberg, who played three roles, had to manage Polish, London English and Yorkshire English. “Red Velvet” is a play with a lot of words, and sometimes it was a struggle to understand them.

Continuing their traditions of offering free outdoor entertainment all summer long, Minneapolis and St. Paul have announced their 2017 Music & Movies in the Parks seasons.

St. Paul got the jump on Minneapolis in the music division. Its first Music in the Parks concert was Sunday, May 7; Minneapolis’ first is this Monday, May 29. The Capitol City will also edge out the Minneapple in movies, screening its first film on June 2 while Minneapolis waits until Monday, June 5. Not that it’s a competition or anything.

St. Paul’s Music in the Parks takes place in parks around the city. All events are free, except for a few musical theater performances and special events at Como Dockside. View the complete music schedule here. Some Movies in the Park offer pre-show activities for kids. View the movies schedule here. (The music schedule also includes the movies, which can be kind of confusing, but you’ll figure it out.) If you just want to go to Como Dockside, here’s that schedule.

Minneapolis’ Music and Movies in the Parks begins at Lake Harriet Bandshell on Memorial Day, Monday, May 29, with an event that starts at 5 p.m. and ends at 9. Two bands will perform; there will be beer and food trucks. Here’s the Music in the Parks schedule, and here’s Movies in the Parks.

Bookmark the calendars for quick access to last-minute plans through September. How easy is that? Take this chance to check out parks all over both cities. After all, we do have the top two park systems in the nation, according to the Trust for Public Land. In its latest ranking of the 100 large city park systems in the nation, Minneapolis is No. 1, St. Paul is No. 2.

Tonight (Friday, May 26) at the Film Space at Metropolitan State University: Free Screening of “No Blood of Mine.” The Minnesota-made neo-noir mystery was filmed on location in Duluth, and most of the cast is from Duluth or the Twin Cities. The screening will be followed by a Q&A with writer and director Wesley Ellenwood and cast member Larry Yazzie (Meskwaki Nation of Central Iowa). Free admission, free parking. Mature audiences. FMI. 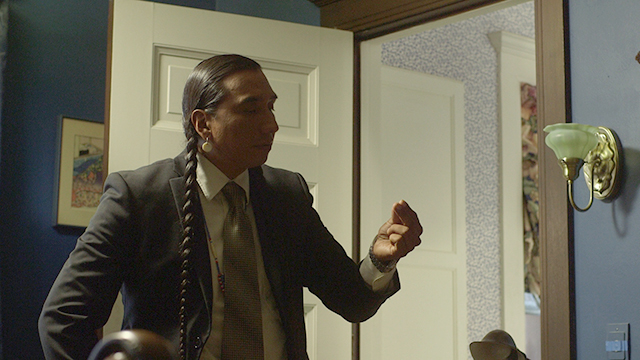 Tonight at Light Grey Art Lab: Opening receptions for “Wanderlust: The Iceland Residency,” “Camouflage: Hiding in Plain Sight,” “The Endless Quest,” “A Biographical Representation of Life in the Forest” and “Unimaginable Animals.” One night, five openings at the ambitious, energetic Light Grey. “Wanderlust” features work by more than 30 artists who took part in Light Grey’s 2016 Iceland residency. In “Camouflage,” 80 artists explore what it means to be invisible.  7-10 p.m. FMI. Ends July 14.

Saturday at the Minneapolis Pioneers and Soldiers Cemetery: Cinema in the Cemetery. The annual benefit for the old cemetery at 2945 Cedar Ave. S. The 1928 silent “Steamboat Bill, Jr.” starring Buster Keaton will screen to a live soundtrack by Dreamland Faces. Gates at 7 p.m., movie at 8:30. $10 at the door. 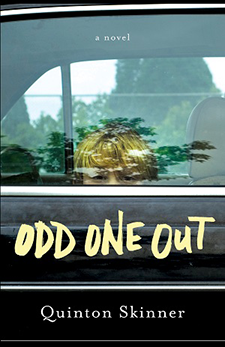 Tuesday at Magers & Quinn: Quinton Skinner launches “Odd One Out.” Skinner’s fourth novel is a family story in three parts, told from three points of view. He has also written two nonfiction books and is currently the senior editor of Minnesota Monthly. 7 p.m. Free.