The new play by The Moving Company, now at the Guthrie, “Refugia” begins with actor Steven Epp speaking directly to the audience, with the house lights still on, about “chapters from an endless book” and “meeting others at that place where the earth meets the sky.” In moments, he becomes an old man, the stage turns into a nursing home and we’re in Chapter 1 of a play that will take us around the world, back and forth in time and through the emotional wringer.

If you’re someone who has missed Theatre de la Jeune Lune since it closed in 2008, or someone who wonders why people are still talking about a theater that closed nine years ago, “Refugia” brings it all back: the magic, the poetry, the ambition and vision. With support from the Guthrie and a Mellon grant, the itinerant company formed by four core Jeune Lune members set up shop downtown, made use of the Guthrie’s resources and created a wondrous and enchanting new work. From the look and sound of it – Riccardo Hernández’s mutable sets, Marcus Dilliard’s evocative lighting, Sonya Berlovitz’s costumes and Scott W. Edwards’ sound design – no corners were cut.

Written by Epp, Dominique Serrand and Nathan Keepers, the story is a big one, told in nine chapters, about people moving from place to place, mostly through no choice of their own. At first, each chapter tells a different story, and then the stories converge.

There’s the old man in the nursing home, displaced and soon to cross the final border. A child holding a “HELP” sign at the border crossing in Sasabe, Arizona, a point of entry for refugees from Mexico and points further south. A first-generation Algerian immigrant couple in Marseilles whose son, a French citizen, has left to join ISIS. A Jewish couple, a composer and singer, at the USSR border crossing in Georgia in 1954, trying to emigrate to Israel.

A polar bear and a woman, both threatened by climate change, meet in Indonesia “sooner or later.” A group of women from Aleppo wait at the NATO refugee camp on the Turkey-Syria border, hoping for sanctuary in Berlin. A man and his son argue on the Bodrum peninsula. There’s a boat on the ocean, rescue workers with space blankets, and a surreal public library that’s also a wormhole.

Each story is told differently. Drama and desperation are laced with humor and slapstick. The Sasabe story is a dark comedy routine with wordplay and running jokes (“You don’t speak Spanish? I just assumed!”). The USSR scene is chilling and sublime, with Epp as a cruel Soviet officer and Keepers as a passionate, eloquent artist. The ocean crossing is conveyed by the body language of the actors, wordlessly, like a dance. The meeting between a father and son is a glimpse into why young people – including some of our own young people in Minnesota – would sacrifice their lives for ISIS.

The play is full of humanness, tenderness and, strangely enough, given the throughline, optimism. It’s not meant to shock, enrage or outrage, but to remind us of what we share. We are all from somewhere else.

The final chapter has a lyrical message, but it wanders too much and could use a trim. The play is three hours long, including intermission, but you don’t really notice the length until the library scene. On the other hand, “Refugia” is no less than the story of humankind. It might just as easily have begun with Adam and Eve being kicked out of the Garden of Eden.

In conversation earlier this month, director Dominique Serrand said, “The show is only nine scenes. We couldn’t do more for now because of time. But it could be five hours, six hours, eventually, one day, with 18 chapters.” Meanwhile, if you’re looking for a play that makes you think and feel, that surprises, delights and moves you, and from which you will emerge a bit different from when you went in, this is it.

Directed by Dominique Serrand, with an ensemble cast of nine, “Refugia” is on the Guthrie’s McGuire proscenium stage until June 11. FMI and tickets ($34-67).

Tonight (Tuesday, May 23) at Crooners: Maud Hixson: Judy Garland: Muse and Musician. Minnesota native Garland died relatively young but left a large body of work. Hixson, a serious researcher as well as a very fine singer, will dip into it judiciously with a program of songs written for Garland by Great American Songbook masters Ira Gershwin, Harold Arlen, Johnny Mercer and others including “The Man That Got Away,” “That Old Black Magic,” and her signature “Over the Rainbow.” Earlier this year, Hixson performed at a star-studded cabaret showcase in Chicago, where the Chicago Tribune’s Howard Reich called her “the biggest revelation of the night” and praised the pianism of her accompanist husband, Rick Carlson. Maud and Rick are a class act of the highest order. In the Dunsmore Room, made for listening. 7 p.m. FMI and tickets ($10, $35 prixe fix dinner show). 763-760-0062. 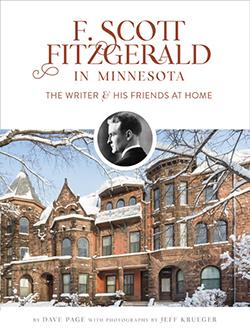 Wednesday at the Commodore: Book launch for “F. Scott Fitzgerald in Minnesota: The Writer and His Friends at Home.” Published by Fitzgerald in St. Paul, which in June will host the 14th International F. Scott Fitzgerald Society Conference, this new book by Fitzgerald scholar Dave Page is a fresh, local, up-close look at the young writer, his St. Paul friends and neighbors, the sources for the characters and places he wrote about and why St. Paul inspired him. Page scoured Fitzgerald’s letters, scrapbooks and diaries; Jeff Krueger took new photos of homes still standing that figured in Fitzgerald’s life. The event will include a short program from Page and Krueger, followed by book sales and signings. 7 p.m. Free and open to the public. Light refreshments, cash bar.

Thursday at the Lagoon: “Long Strange Trip.” Executive produced by Martin Scorsese, directed by Amir Bar-Lev, the first full-length documentary about the Grateful Dead includes live performances, offstage moments, never-before-seen footage, and interviews with the band, road crew, family members and notable Deadheads. The film clocks in at just over 4 hours, no surprise. 7 p.m. FMI and trailer; tickets here ($15). One night only.

Sunday at the Dakota: Regina Marie Williams Sings Nina Simone. Williams first sang the music of Nina Simone at the Capri in 2011, in a concert she created. Soon after, she spoke with Richard Cook, artistic director at Park Square Theatre, about making a play. In 2016, “Nina Simone: Four Women,” written by playwright Christina Ham, had its world premiere at the Park Square and sold out. It returned for another run in February that proved so successful it was extended. Williams knows this music – “I Put a Spell on You,” “Four Women,” the blistering “Mississippi Goddam” – like the back of her own hand, she’s passionate about it, and she probably sings it better than anyone living today. 7 p.m. FMI and tickets ($17-22). 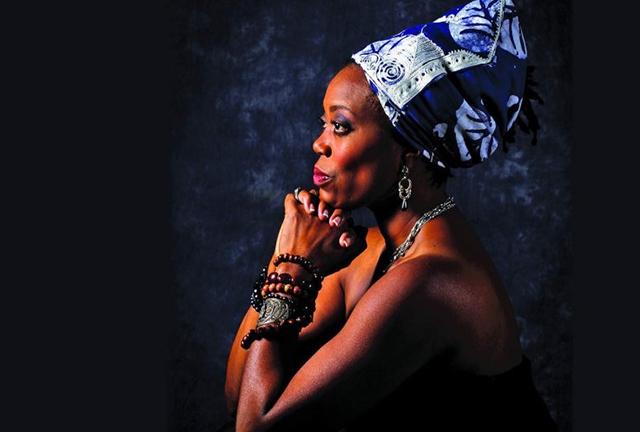 David Sedaris will do a reading and signing of his new book, “Theft by Finding: Diaries 1977-2002,” at Common Good on Saturday, June 17. The reading is a ticketed event, but the signing is free, and everyone who wants to meet him and get a book signed will be able to do that. 3 p.m. Tickets here only ($28). No in-store tickets or phone orders. Each ticket includes a copy of the book.

Tickets are on sale now to the Mill City Summer Opera’s “Maria de Buenos Aires,” a steamy, tango-filled operetta by Argentinian composer Astor Piazzolla. This year’s venue is not the usual Ruins Courtyard, which is undergoing renovation, but the Machine Shop just across the river. July 14-20, five performances. FMI and tickets ($50-150; opening night $200-250).