In late May 2013, when St. Paul’s Schubert Club launched a new series called Schubert Club Mix, the plan was to present classical music in settings less formal than concert halls. Four years in, the settings – and the smart, engaging programing – are working just fine. Mix concerts at Aria in Minneapolis, the Hill Center, TPT’s Street Space and Bedlam Lowertown have sold out or come close. A fifth season was announced this week, adding Summit Brewery as a venue.

As classical music struggles to attract younger, more diverse audiences, does Mix also funnel new listeners to the Schubert Club’s flagship International Artist Series in the Ordway Concert Hall? No, and that’s not its job. “It was never my intention to set it up as a steppingstone to something else,” Schubert Club Artistic and Executive Director Barry Kempton said Monday. More than 50 percent of people who buy tickets for Mix are not crossing over. “They are dedicated to Schubert Club Mix,” Kempton said. “That is how the Schubert Club is delivering concerts they want to go to. It’s for us to respond to how people like to attend their concerts, rather than say that the crowning glory of attending classical music is a formal concert hall.”

The Schubert Club has also had success presenting the chamber group Accordo at Icehouse. But while Accordo is more traditionally classical (and splendidly so), Mix, in Kempton’s words, is “the classical world pushing at its edges,” with “a little more attitude.” Also, and this matters a lot, many Mix concerts are artists and performances we might never see if Kempton didn’t bring them in.

Like, for example, the 2017-18 season launch event on Oct. 12 at Aria, “The Alehouse Sessions” featuring Barokksolistene with Bjarte Eike. Barokksolistene is a Norwegian early-music-on-period-instruments ensemble; Eike is Norway’s leading baroque violinist. They call what they play “just old pop music” and treat it as such. “It’s more like a jam session in a pub than a formal early music program,” Kempton said. “Much less reverential.” Though they will play Purcell. This will be their first time in the Twin Cities.

On Dec. 10 at Aria, Brazilian-American vocalist, composer and pianist Clarice Assad will perform a jazz-inspired program with her world-famous father, guitarist Sergio Assad. This promises to be a warm and intimate evening of music drawn from their first recording together, “Reliquia.” (Sergio and his brother, Odair, will play at the Ordway on the International Artist Series in February 2018. They’ll be joined by Israeli mandolinist Avi Avital, who made his Twin Cities debut last year with the Mix.)

On Jan. 18, 2018, TPT’s Street Space will host composer Libby Larsen’s “The Fantom of the Fair” and other multimedia works inspired by comic strips. Minneapolis-based Larsen has written several pieces to accompany vintage comic strips. She’s also writing a new work for Paul Phoenix, a former member of the King’s Singers, that will “tie it all together,” Kempton said. Phoenix will be one of three singers featured on the program, with soprano Clara Osowski and baritone Aaron Engebreth. 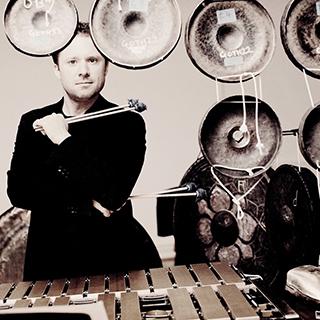 Scottish percussionist Colin Currie bangs on almost anything. He also really likes the writings of Gabriel Garcia Márquez, Colombia’s master of magical realism. An athletic, energetic solo percussionist who performs with daring and drama, Currie has combined the two – music inspired by Márquez and readings from Márquez – in a program we’ll see at Aria on March 27. Kempton will cast a Twin Cities actor to perform the readings. This one makes our head spin a little.

The season wraps on May 8 with the six-member, New York-based ensemble Third Sound, who will bring an appropriately mixed program including Brahms, Schoenberg, and a world premiere to Summit Brewery. Formed in 2015 by composer and performer Patrick Castillo, the SPCO’s former senior director of artistic planning (2010-13), Third Sound is “a top-class chamber ensemble,” Kempton said, “and the interesting twist here is to hear them not in a formal concert setting but in a beer hall.” Preferably with a pint in hand. What a way to make their Twin Cities debut.

The Schubert Club has a global reach, seen in its International Artist Series and also the Mix. The current visa squeeze is having an impact on the performing arts. So far this year, visa issues have forced the Cedar to cancel a show by Somali singer Aar Maanta, the Northrop to cancel a performance by the South Korea-based Bereishit Dance Company, and the SPCO’s Liquid Music series to replace Swedish-Iranian singer Mariam Wallentin with Poliça frontwoman Channy Leanaugh in a May 9 concert at the American Swedish Institute. So we had to ask Kempton if he’s having preliminary visa anxiety.

“It hasn’t happened to us yet,” he said. “It would appear that things might be changing in terms of how easy it is to get a visa. So we’ll have to keep an eye on it.”

Thursday at Westminster Town Hall Forum: Richard Haas: “A World in Disarray: Shaping a New Foreign Policy.” The president of the Council on Foreign Relations, former chair of the multiparty negotiations in Northern Ireland in 2013, principal adviser and director of policy planning under Secretary of State Colin Powell and special assistant to George H.W. Bush, author or editor of 12 books on American foreign policy, Haas should have plenty to say worth hearing. At Westminster Presbyterian. Forum at noon, music by Melanie Ohnstad and Tesfa Wondemagegnehu at 11:30 a.m. free and open to the public. [Full disclosure: MinnPost is a co-sponsor of the forum.] If you can’t be there, you can listen or watch online later.

Thursday at the AC Hotel: “Future: Made Here” launch. Hennepin Theatre Trust and Andersen Windows team up once again to fill otherwise vacant windows along Hennepin Ave. with art. The theme: the future. The number of windows: 42. The number of local artists involved: 40, plus 120 students. Joan Vordebruggen – whose idea this was, years ago, in her own Whittier neighborhood, before she was the Trust’s director of public art and placemaking – will lead group walking tours at 6 and 7 p.m. Believe us when we say that a Joan-led tour is the way to experience a new “Made Here.” The launch event will also feature DJ Mad Mardigan, street performers, buskers, and sidewalk goings-on between 5th and 10th streets along Hennepin. Starts at 5 p.m. FMI. Free.

Friday at Our Lady of Grace Catholic Church: 2017 Twin Cities American Guild of Organists Member Recital and Reception. They should give this a buzzier name, like Organapalooza or Organnaroo. Ten TCAGO organists will perform a program of Bach, Buxtehude, Schumann, Grieg, Dupré, Aaron David Miller and more on OLG’s four-manual, 68-rank 1988 Austin pipe organ. The concert will be followed by a festive reception. 7:30 pm. Free and open to the public. And yes, the Bach is the Prelude and Fugue in D. 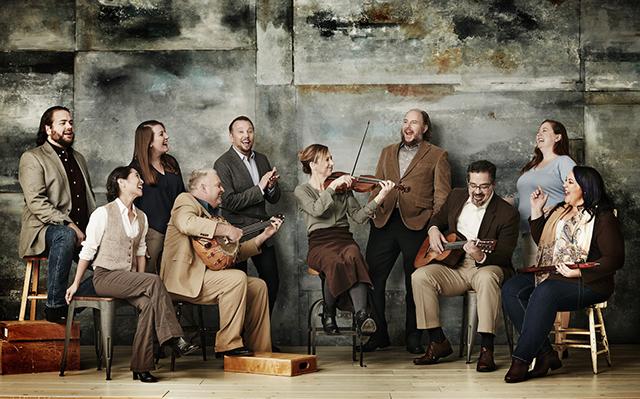 Friday and Sunday: The Rose Ensemble: “American Roots: Harmonies That Shaped a Nation.” The Rose is on tour with this popular program that traces the evolution of America’s musical heritage across the centuries. Songs include Shaker and Appalachian tunes, English ballads, bluegrass, “Wayfaring Stranger,” “I’ll Fly Away,” “The Sweet By and By,” and more. 7:30 p.m. Saturday, May 6 at Ascension Catholic Church; 3 p.m. Sunday, May 7, at Landmark Center. Both concerts are free.

Next Tuesday, May 9, at the University Club, Mayte Garcia, Prince’s first wife, will read and sign copies of her new book, “The Most Beautiful: My Life with Prince.” Each ticket includes one copy of the book. Additional copies will be available for purchase. Hosted by SubText Books. 7 p.m. FMI and tickets ($30).

On Wednesday, May 17, the University of St. Thomas’ Selim Center will host a conversation between former Vice President Walter Mondale, a Democrat, and former U.S. Senator David Durenberger, a Republican, titled “When Politics Was Not a Blood Sport.” Which seems impossibly long ago. But bipartisan friendships and partnerships were once the norm, and maybe they can be again someday. MPR’s News Editor-at-Large Gary Eichten will host. Nostalgia, for sure, but also lessons for all of us as citizens. In the Anderson Student Center, Woulfe-North Hall, University of St. Thomas St. Paul Campus. 7 p.m. FMI and registration ($30; includes dessert and beverage service). Registration deadline May 8.