The Leinie Lodge Bandshell is another sure bet on most nights, but its lineup of evening shows is still TBA.

If you’re looking for family entertainment, head to the Family Fair at Baldwin Park. The Ramberg Center is the place for polka, trad country and oldies. And be sure to carve out some time for the All-Star Stunt Dogs Splash at the North Woods.

Also, by the way, we’re getting another Ferris wheel this year. A giant Ferris wheel that will carry riders to a height of 156 feet – about 15 stories. – in 36 gondolas, each holding six people. It’s twice as tall as the Mulligan Wheel on the Midway.

Made in the Netherlands, equipped with a lighting system of a half-million LEDs that can be programmed to display thousands of designs and colors, the 200-ton Great Big Wheel ride will arrive in 12 trailers. One of the tallest traveling Ferris wheels in North America, it will tower on the corner of Randall and Cooper on Machinery Hill, and you shouldn’t have much trouble finding it; just look up. Once you’re on board, if you’re not squeezing your eyes shut, you’ll get a whole new view of the fair. It’ll cost you $5 to fly high. 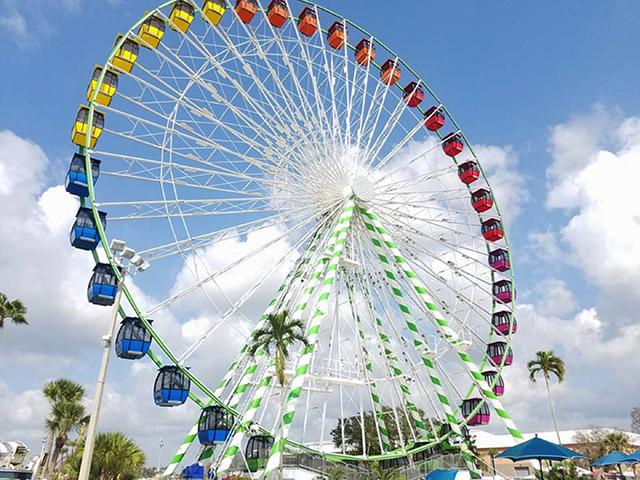 Courtesy of the Minnesota State Fair
It’ll cost you $5 to fly high.

Rose Ensemble to present ‘A Season of Welcome’

Concerts by The Rose Ensemble are always deep and scholarly; founding artistic director Jordan Sramek is expert at finding rarely heard repertoire in the world’s manuscript libraries. The Rose does the work, and we enjoy the results: old music that’s new to us, beautifully performed, and fresh perspectives on history, culture, politics and spirituality from around the globe.

Announced last week, its 22nd performance series has a timely theme. “At this moment,” Sramek said in a statement, “we feel that our world could benefit from an ancient value that transcends culture, politics, and spirituality: welcome.” Amen to that.

After concerts this summer in Barcelona and Provence, the Rose will launch its Minnesota subscription season in November with “Welcome the People: The Musical Legacy of the Reformation.” A collaboration with Philadelphia-based Renaissance band Piffaro, it will include the chance for everyone to sing Martin Luther’s “A Mighty Fortress” with 20 musicians.

December will bring “Welcome the Season: Christmas in Baroque Malta,” a program of Christmas music from the archives of the Mdina Cathedral in Malta performed by 12 singers and a Baroque chamber orchestra. In January, the Rose will welcome Portland-based early music ensemble Cappella Romana for a Twelfth Night festival of medieval Byzantine chant.

In March, “Welcome the Stranger: The Promise of St. Benedict and St. Scholastica” will present music exploring St. Benedict’s Rule of unconditional hospitality. Because March is Women’s History Month, the concerts will also include works by Hildegard von Bingen and two 17th-century nuns. A world premiere by Minnesota composer Abbie Betinis will honor St. Scholastica.

Subscriptions and single tickets are on sale now.

Now at the Lagoon: “A Quiet Passion.” We saw this during Film Fest and approached it with a degree of suspicion, because a film about Emily Dickinson, a reclusive 19th-century American poet who never left home, could have been deadly dull. Happily, it’s not. Terence Davies’ portrait is smart, witty, and beautiful to watch, and Cynthia Nixon (“Sex in the City”) is perfect as Dickinson. FMI including showtimes, trailer and tickets. Through Thursday, June 1.

Tonight (Wednesday, May 24) at the Black Dog: Leigh Kamman Night. The voice of jazz in the night for 34 years as host of MPR’s “The Jazz Image,” Kamman died in 2014 at age 92. His work – and that voice – live on in the Leigh Kamman Legacy Project, a nonprofit devoted to preserving and sharing his extensive recorded archives. Tonight’s event features a complete air check of “The Jazz Image” from 1993 (Kamman’s interviews with Studs Terkel and saxophonist Archie Shepp) and a screening of the half-hour film “Jazz Image Evolution: Leigh Kamman Through the Decades.” 7:30 p.m. Free.

Tonight at the Ritz: Trademark Theater’s “The Boy and Robin Hood” opens in previews. Trademark is the brand-new theater founded by Tyler Michaels. Written by Tyler Mills, with score and lyrics by David Darrow, conceived and directed by Michaels, its inaugural production looks anew at the Robin Hood myth. 7:30 p.m. FMI and tickets ($20/15). Previews continue through Friday, May 26; opening night is Saturday, May 27. The Ritz is at 345 13th Ave. NE in Minneapolis.

Starts Friday at the Lagoon: “Buena Vista Social Club: Adios.” In the 1990s, Ry Cooder made an album and Wim Wenders made a film about an aging group of traditional Cuban musicians including Compay Segundo, Rubén González and Ibrahim Ferrer. The album became a huge international Grammy-winning hit and the film an Oscar nominee. Lucy Walker’s new film revisits the band members as they take their farewell tour and look back at the past. FMI including showtimes, trailer and tickets. 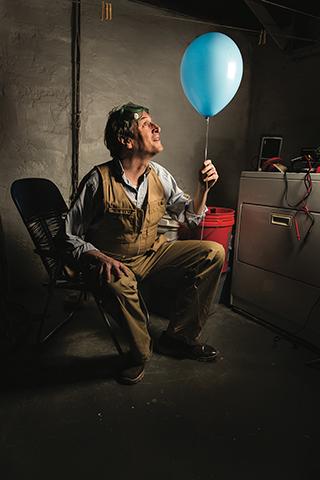 Photo by Charles Gorrill
John Middleton in “Up”

Opens Friday at the Park Square: “Up: The Man in the Flying Chair.” What do you do with your life, once you’ve tied 45 helium-filled weather balloons to your lawn chair and risen 16,000 feet above the world? (That’s even higher than the Great Big Wheel at the State Fair.) Playwright Bridget Carpenter explores that question in her “dramedie” about dreamers. Carin Bratlie Wethern directs this regional premiere produced by Park Square theater-in-residence Theatre Pro Rata. FMI and tickets ($40/60). 651-291-7005. Ends June 11.

Both the St. Paul Chamber Orchestra and the Minnesota Orchestra will end their 2016-17 seasons in June with exciting finales.

Conductor and violinist Thomas Zehetmair will conclude the season – and his artistic partnership with the SPCO – by leading the musicians in Mendelssohn’s “Fair Melusina” Overture, the world premiere of a new violin concerto by Pierre Jalbert (featuring SPCO concertmaster Steven Copes), and Beethoven’s Seventh. 11 a.m. Friday, June 9; 9 p.m. Friday and Saturday, June 9 and 10; and 2 p.m. Sunday, June 11, all at the Ordway Concert Hall. FMI and tickets ($12-50; kids and students free). 651-291-1144.