This year’s Twin Cities Pride Festival starts tomorrow. The long-term planners at the Minnesota Opera already know what they’re doing for next year’s Pride: presenting the McCarthy-era gay love story “Fellow Travelers.” And not at the Ordway, the opera company’s usual home, but at the Cowles Center in Minneapolis.

On Sunday, Oct. 1, a 55th Anniversary Celebration will feature excerpts from all five of the season’s productions and other opera selections. On Sunday, Oct. 22, the Sphinx Virtuosi – an 18-member, self-conducted ensemble of top black and Latino classical string soloists – will play a program of concerti through the ages. (The Schubert Club, the SPCO and the Ordway are co-presenters.) On Saturday, April 8, 2018, a Resident Artist Program Concert will commemorate the training program’s 20th anniversary with, what else, music. All three events will be at the Ordway, tickets TBA.

Based on the novel by Thomas Mallon, “Fellow Travelers” premiered at the Cincinnati Opera in 2016 to critical acclaim. It will run here at the Cowles from June 16-23, 2018. “Despite the historical setting,” artistic director Dale Johnson said in a statement, “the opera is both timely and enormously relevant today. … At its core, the opera is about the bravery it takes to stand up to political oppression and the importance of being oneself.” President and General Director Ryan Taylor said, “I’m thrilled to widen Minnesota Opera’s artistic footprint.”

There’s a new first-book poetry prize, named for a poet who died before his own first book was published. And it’s the most lucrative first-book prize in the nation.

Awarded by Milkweed Editions and the Alan B. Slifka Foundation, the Max Ritvo Poetry Prize is named for the young poet who was 16 when he was diagnosed with cancer and 25 when he died in August 2016, after publishing in places like Poetry and The New Yorker, graduating from Yale, earning his MFA from Columbia, getting married and serving as poetry editor at Parnassus. His first poetry collection, “Four Reincarnations,” was published by Milkweed last fall.

In a statement, Milkweed publisher and CEO Daniel Slager said, “Max Ritvo came into the Milkweed family like a ball of fire last year. … I can think of no better way to honor Max and his legacy.”

The winner will receive publication by Milkweed in April 2018 and a cash award of $10,000. Poet Henri Cole, whose “Middle Earth” was a finalist for the Pulitzer Prize in Poetry, will judge the inaugural prize. Five emerging poets will serve as paid first readers. Submissions will be open from July 1 to Aug. 31, 2017, with the winner to be announced Dec. 1. FMI.

What would “Star Wars” be without John Williams’ music? Something like this. (Click the link if you haven’t yet seen the YouTube clip of the scoreless Throne Room scene.) What would any great movie be without its score?

Think “Rocky.” The “James Bond” franchise. “Raiders of the Lost Ark.” “The Lord of the Rings” trilogy. “E.T.” “Titanic.” Think “Psycho” or “Jaws.” As you read the titles, themes and melodies run through your head. You remember how the music made you feel. 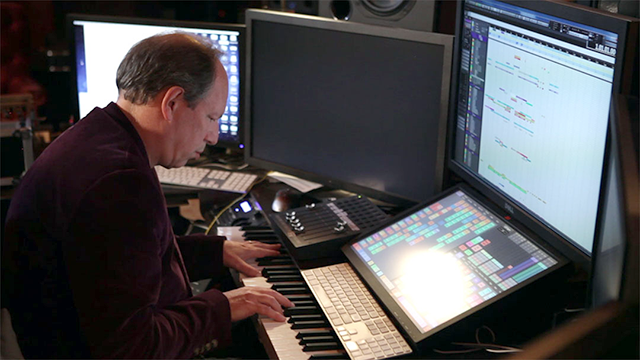 Epicleff Media
Hans Zimmer shown at his keyboard in a scene from “Score.”

We learn that music was originally added to silent films to cover up the racket made by the projector. Why music gives us goosebumps. That Max Steiner’s score for “King Kong” (1933) changed everything. That Bernard Herrmann’s music included “little phrases that had circular madness to them.” No wonder they worked so well in Hitchcock’s films.

In an archival clip, we see John Williams introduce the “Jaws” theme (two notes, bah and dum) to Steven Spielberg. That was in the early 1970s. Today, who doesn’t know the “Jaws” theme?

Like many documentaries, this one is full of talking heads, but Schrader gives them to us in quick cuts instead of endlessly long segments, weaving in music and film excerpts so “Score” is never boring. In fact, it’s a lot of fun.

Tonight (Friday, June 23) at the Weisman: “A Culture of Pots” exhibition reception. The St. Croix Valley Pottery Tour turned 25 this year. Celebrating a quarter-century of pots, potters, and a main reason handmade pots are so popular in Minnesota and Wisconsin, this exhibition features pots by all of the hosts and many of the guests who have brought work to the famously hospitable Mother’s Day weekend event. Artists will be present. Small bites, cash bar. 6-8 p.m. Free. FMI and registration. Exhibition closes Sept. 10.

Tonight and Saturday at the Southern: Kaleena Miller Dance: Shift. Most often, in tap dance, the music comes first. For “Shift,” choreographer Miller and her company turned that around. They created an evening-length tap sound score, then gave it to four different musician/composers and asked each to create an original soundtrack. We should have told you about this earlier, because it started yesterday (Thursday) with music by JT Bates, and that would have been something to see and hear. But three performances remain: tonight’s (7:30 p.m.) with music by Leah Ottman (LOTT, Fog), Saturday’s (7:30 p.m.) with music by Alexei Casselle (Kill the Vultures, Roma Di Luna), and Sunday’s (2 p.m.) with music by Reid Anderson (The Bad Plus). FMI and tickets ($20 advance, $24 door; ARTshare members free).

Saturday at the Ordway: “One-Man Star Wars Trilogy.” Virtuosity comes in all forms. Canadian actor Charles Ross’ gift is performing the complete original “Star Wars” trilogy with sound effects, gestures, fluency and speed that add up to a convincing and astonishing show. In 60 minutes, he re-creates all the characters, music, ships and battles without costumes, props or sets. It’s theater and dance, performance art and entertainment. FMI and tickets ($26-57).

Saturday and Sunday: 2017 Twin Cities Pride. The festival takes place both days in Loring Park, with 400 exhibitor booths, 40 food vendors and four free stages with music and other performances. 10 a.m.-6 p.m. The parade starts at 11 a.m. Sunday at 3rd and Hennepin. FMI. 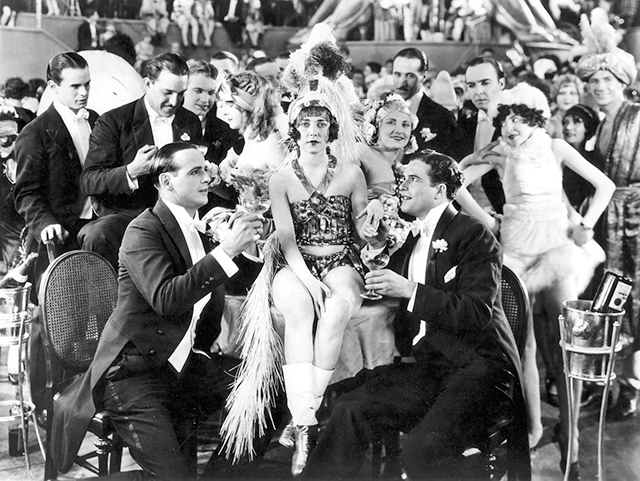 Warner Bros.
A scene from the movie “So This Is Paris.”

Sunday at the Heights: “So This Is Paris.” Ernest Lubitsch’s sophisticated Roaring ’20s sex farce, one of his great silent films, has never been released for home viewing in any format. It will screen at the Heights in an extremely rare 35mm print from the Library of Congress, with live accompaniment on the Mighty Wurlitzer by Carl Eilers. So this comes close to being an actual once-in-a-lifetime thing. 7:30 p.m. FMI and tickets ($12).