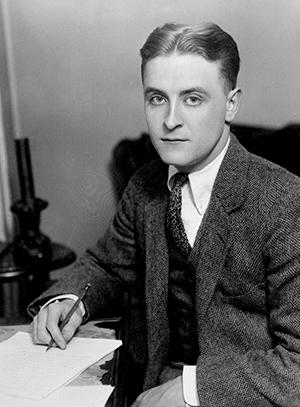 Many people in the Cities have at least a vague sense that St. Paul and F. Scott Fitzgerald have something to do with each other. There’s a bronze statue of Fitzgerald in Rice Park and another of him as a teenager at 25 N. Dale Street, where the St. Paul Academy used to be. There’s MPR’s Fitzgerald Theater on Exchange Street, named by Garrison Keillor and sporting a large portrait of the author, in knickers, on the Wabasha Ave. side. The Commodore Bar & Restaurant on Western, where Fitzgerald and his wife, Zelda, used to live and hang out, has been restored in the spirit of those times.

Is that all there is? Not by a long shot. “We’re ground zero,” Stu Wilson, president of the nonprofit organization Fitzgerald in Saint Paul (FISP), said in conversation earlier this year. “We have the highest concentration of meaningful Fitzgerald sites anywhere in the world.” This week, St. Paul is hosting the 14th International F. Scott Fitzgerald Society Conference, an important academic get-together that has drawn 210 Fitzgerald scholars from around the world, plus dignitaries including Fitzgerald’s biographer Scott Donaldson (“Fool for Love: F. Scott Fitzgerald”). Held every two years, the conference came to St. Paul in 2002. “This is the first time it’s come back to the same location,” Wilson said.

Fitzgerald, whose many novels and short-story collections include “The Great Gatsby,” “This Side of Paradise,” “Tales of the Jazz Age” and “The Last Tycoon” (now a nine-part Amazon Prime series premiering July 28), was born in his parents’ apartment on Laurel Ave. in 1896. The family moved to upstate New York for a time, then returned in 1908, where Scott attended St. Paul Academy and won his first byline for a story published in the school magazine. He left for Princeton University in 1913 but returned to St. Paul in the summers and later lived here off and on until 1922, when he and his wife, Zelda, and their daughter, Scottie, left permanently. “He never lived anywhere else more than four years total,” Wilson said.

The St. Paul places Fitzgerald frequented – the sources for many of the characters and places he wrote about – are captured in color and meticulously researched detail in a new book just out from FISP. For a first book published by an organization founded just four years ago, “F. Scott Fitzgerald in Minnesota: The Writer & His Friends at Home” is a tremendous achievement. Written by Fitzgerald scholar and historian Dave Page, who seemingly left no source unconsulted or bit of Fitzgerald ephemera unexamined, with new original photography by Jeff Krueger and more than 125 historic photos and newspaper images, it’s a major contribution to Fitzgerald scholarship. Oversized, lavishly illustrated, fascinating to read, it’s also – provided you’re interested in Fitzgerald and/or St. Paul – a real page-turner. According to Wilson, “Page has documented every site Fitzgerald touched or included in any of his stories. It’s a guidebook on one hand, a coffee table book on the other. Gorgeous and enormous. By publishing it, we’re probably losing our shirt.”

The book is part of a plan FISP has for the future. “I was involved in the 2002 conference,” Wilson said. “It was spectacular but nothing came out of it. We now have the Fitzgerald in Saint Paul organization, and the book, both steppingstones toward something permanent.” Maybe someday before too long – FISP works quickly – we’ll see an interpretive center in St. Paul. “We have developed a very strong relationship with the International Society and the Fitzgerald Museum in Montgomery, Alabama. It’s kind of coming together to have St. Paul be the place where people come and explore Fitzgerald.” 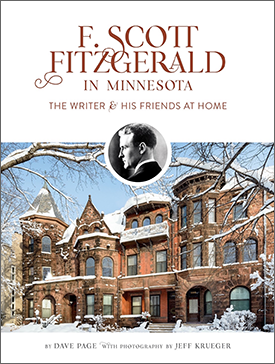 Meanwhile, you don’t have to be part of the conference to share in the Fitzgerald fun. These conference-related events and exhibits are all open to the public:

Wednesday at Common Good Books: Ann Margaret Daniel presents “I’d Die for You: And Other Lost Stories” by F. Scott Fitzgerald. A program and signing by the editor of the new collection of Fitzgerald’s last complete unpublished stories, dating from the earliest days of Fitzgerald’s career to the last. Some were accepted by major magazines in the 1930s but never printed; some were written as movie scenarios but never filmed; some were rejected because they weren’t what editors expected from Fitzgerald. 7 p.m. Free.

Thursday at the University Club of St. Paul: Reggae Pool Party at Gatsby’s Mansion. This is a party by the pool, not in the pool, so leave your swimsuit at home – and, if you want, come in 1920s-inspired attire. Opening act Irie Sol released a terrific album in 2015 that fuses 1920s jazz with reggae, hip-hop and Minneapolis funk in original songs that nod to Fitzgerald stories (“Reggae Gatsby,” “Bernice Dreds Her Hair,” “The Great Garvey”). They will be followed by The Meditations, who toured and recorded with Bob Marley, Jimmy Cliff and Gregory Isaacs. 5:30-11 p.m. FMI and tickets ($10 children, $35 general admission, $65 VIP).

Saturday at CHS Field: Great Gatsby Night. The Saints are planning a Gatsby party with period cocktails, hijinks and summer baseball vs. the Gary SouthShore Railcats. A section of seats on the third base side has been reserved for Fitzgerald fans. Of course, 1920s attire is encouraged. The game starts at 7:05 p.m. Tickets here.

Also, the following exhibits are on view now. We’ll list them in order of which closes first. 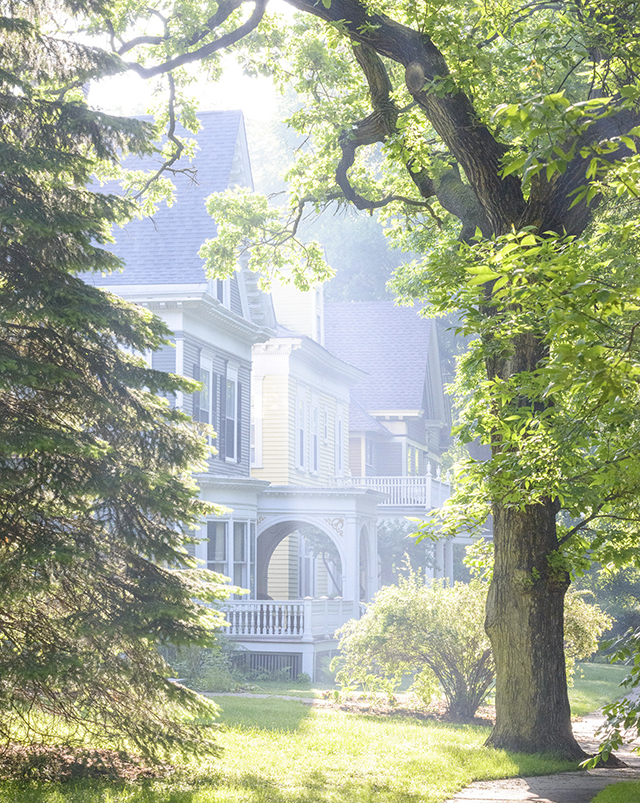 Courtesy of the artist
A photograph from the “F. Scott Fitzgerald in Minnesota” series by Jeff Krueger.

At the Show Gallery Lowertown: “Looking for Scott: Fitzgerald in Saint Paul,” an exhibition of photographs by Jeff Krueger. Krueger took the new architectural photographs for the book “F. Scott Fitzgerald in Minnesota.” He found the homes still standing from Fitzgerald’s time in the Capitol City, then shot them in a way that captures, as closely as possible, what Fitzgerald saw: in all seasons, without cars and other modern touches, photographing interiors with available daylight. Most of the images in the exhibition are not in the book but are among Krueger’s favorites. He describes them as “my attempt to imagine what a young, sensitive poet/writer might have noticed in his hometown neighborhood at the turn of the nineteenth/twentieth century.” All are available for purchase. Thursday and Friday, 11 a.m.-6 p.m.; Saturday 11 a.m.-3 p.m. Free. Closes this Saturday, July 1.

At the George Latimer Central Library: “Sight Unseen: Rare Photographs of F. Scott Fitzgerald with His Family and Friends.” Wilson called this “pretty special.” Curated by Shawn Sudia-Skehan, a board member of the Fitzgerald Museum in Montgomery, it provides glimpses into Fitzgerald’s life, including a number of early photos from his days in Minnesota. In the Bremer Room on the library’s first floor. Saturdays 1-4:30 p.m., Mondays 4:30-7:30 p.m., Thursdays 10 a.m.-1 p.m. Also, just for the conference: Wednesday, June 28 (that’s tomorrow), 9 a.m.-noon. Free. Closes July 17. On Sunday, July 16, at 2 p.m., Wilson and Page will give a gallery talk about the exhibit and the book “F. Scott Fitzgerald in Minnesota.”

In the Art Gallery at the James J. Hill House: “Beyond Fitzgerald: Minnesota Art and Literature During the 1920s and 1930s.” Wilson said, “A lot of people think Fitzgerald came out of nowhere, but there were very prominent artists in the Twin Cities at the time.” Like Adolf Dehn, Syd Fossum, Clement Haupers, George Resle, Sinclair Lewis, O.E. Rolvaag, Margaret Banning, Grace Flandrau, Martha Ostenso and other visual artists and authors represented in this show. Many were in the Fitzgeralds’ circle. FMI. Hours and admission charges here. (Gallery-only admission $2.) Ends Sept. 3.

At the Minnesota History Center: “WWI America.” The Fitzgerald conference is encouraging attendees to see this major exhibit that tells the stories of Americans during WWI. Hours and admission charges here. Closes Sept. 4.