For its 2017-18 season, the History Theatre will present a year of premieres, including the latest collaboration by Jeffrey Hatcher and Chan Poling. Theatre Unbound, the women’s theatre, will stage a dystopic steampunk play by Christina Ham. This will be the History Theatre’s 40th anniversary season and the 18th for Unbound.

The History Theatre’s season includes five plays plus its annual Raw Stages: New Works Festival in January. The season will begin Oct. 7-29 with the regional premiere of Robert Shenkkan’s Tony-winning Broadway play “All the Way,” about the first year of LBJ’s presidency and the campaign to pass the Civil Rights Act. What’s the Minnesota connection? Hubert H. Humphrey, portrayed by Andrew Wheeler. With Pearce Bunting as LBJ and Shawn Hamilton as Dr. Martin Luther King Jr.

Nov. 25-Dec. 23 will bring a revival of “Coco’s Diary: A Christmas Gift to Remember.” Last seen in March 2012, based on the diary of 13-year-old Clotilde Irvine, who grew up on Summit Avenue in what later became the Governor’s Mansion, this charming look back at 1920s Minnesota includes popular songs of the time. Ron Peluso and Bob Beverage penned the adaptation.

Playwright Harrison David Rivers will be all over Twin Cities theaters in 2018, starting with the History Theatre’s world premiere production Feb. 10-March 4 of his play, “A Crack in the Sky: From Somalia to the U.S.A.,” about Somali immigrant Ahmed Ismail Yusuf.  (In April, Theater Latté Da will premiere the musical “Five Points,” for which Rivers wrote the book; also in April, Penumbra will give the regional premiere of “This Bitter Earth” by Rivers. Wow!)

March 24-April 15 will be the world premiere of “Dance ’Til You Drop: A Dance Theater Experience.” The stock market crash of 1929 gave rise to the dance marathon fad. Created in collaboration with Collide Theatrical Dance Company, Carson Kreitzer’s play spotlights Minneapolis dancers Callum deVillier and Vonnie Kuchinski, who won’t stop until they set a world record and go home with the prize money.

Anyone who saw the History Theatre hit “Glensheen” (now back for the third time, through July 30) will know better than to miss “Lord Gordon Gordon,” a May 5-June 3 world premiere of the new musical by Jeffrey Hatcher and Chan Poling. This time, their subject is the 19th-century Minnesota con man, swindler, snake charmer and robber of robber barons. Mark Benninghofen has already signed up for the title role, and the cast will also include several “Glensheen” alums.

Season passes are on sale now. Single tickets will go on sale to the general public July 10.

Theatre Unbound – plays and events conceived and created by women – will open its season Sept. 9-24 with a staging at the Gremlin of Saviana Stanescu’s “Aliens With Extraordinary Skills,” about a Moldavan immigrant who works as a clown, receives a deportation order and goes into hiding.

January 13, 2018, will see the annual “24:00:00 Xtreme Theatre Smackdown” at the SteppingStone, when dozens of theater artists will race the clock to create and present six new short plays in one day.

Christina Ham’s recent plays include “Nina Simone: Four Women” at the Park Square, “Ruby! The Story of Ruby Bridges” at the SteppingStone, and a short play in “The Great Divide: Plays for a Broken Nation” at Pillsbury House. From March 24-April 8, her play “A Wives’ Tale,” about women struggling to hold society together in a world after nuclear war, will be staged at the Gremlin.

Theatre Unbound is also partnering with Raw Sugar Theater on the WTF (Women/Trans/Femme) Playwriting Workshop for new comedic scripts by women and trans writers. Full productions of the new scripts will be presented in spring 2018 at a venue TBA.

Tickets to “Aliens,” “Smackdown” and “Wives’ Tale” are available now.

Orchestras, their conductors, staff and boards have traditionally been white. Very white. Most of the nonwhite musicians have Asian/Pacific Islander backgrounds. African-Americans, Latino Americans and Native Americans are rare or nonexistent in orchestras large and small. (If you want, you can read more about this in a recent report by the League of American Orchestras.)

A new two-year fellowship at the Minnesota Orchestra aims to make a dent in that, without wasting any more time. Defined and developed over the past eight months by the orchestra’s Diversity and Inclusion Committee, the Rosemary and David Good Fellowship starts now with the appointments of a trombone player from Texas and a tuba player from Michigan, both African-American.

Myles Blakemore and Jason Tanksley will begin their fellowships in September and reside full time in Minnesota. They will observe and take part in orchestra rehearsals, perform with the orchestra at selected concerts, study with orchestra musicians, and train and prepare for auditions. They will be mentored by Minnesota Orchestra musicians and, in turn, will mentor Minnesota students. 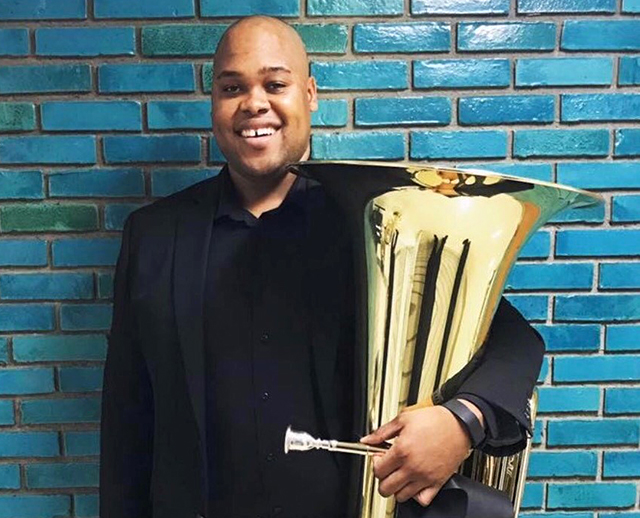 A graduate of Southern Methodist University and the Manhattan School of Music, Blakemore has performed with the Dallas Symphony Orchestra and served as second trombone with New Jersey’s Symphony in C during the 2016-17 season. Tanksley comes from Wayne State University and the Cleveland Institute of Music, where he recently earned his Master of Music degree. He has performed with the Cleveland Orchestra, Detroit Symphony Orchestra and Jacksonville Symphony, among other ensembles.

Thirty musicians from across the country applied for the fellowship. Eight were invited to audition at Orchestra Hall earlier this month before a committee of musicians, staff and Music Director Osmo Vänskä. “We opened auditions with the idea to name one fellow,” Vänskä said in a statement, “but the quality of playing by both Jason and Myles was very, very high, and we decided we must offer two fellowships.”

Opens tonight at the Lagoon: “Maurice.” Based on the novel by E.M. Forster, this landmark 1987 Merchant-Ivory production was one of the most respected and popular mainstream gay-themed films of its day. For its 30th anniversary, it’s gotten a makeover, including a color grading approved by director James Ivory (producer Ismail Merchant died in 2005). James Wilby and Hugh Grant star as University of Cambridge students who meet and fall in love in Edwardian England, when homosexuality was punishable by imprisonment. With Ben Kingsley and Rupert Graves. FMI and tickets. 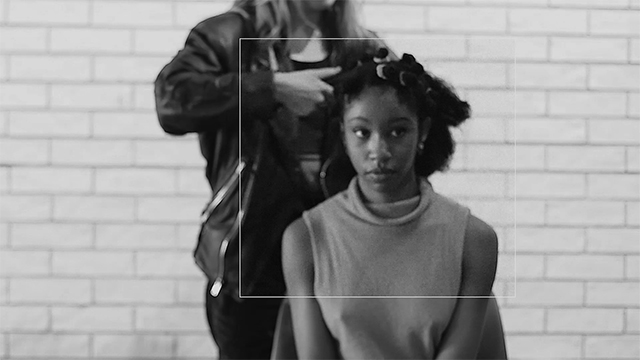 Courtesy of Public Functionary
A still image from a film by Candice Davis featured in “The Shop.”

Monday at Lake Harriet: Minnesota Orchestra. An hourlong, free public concert by the Minnesota Orchestra at the Lake Harriet Bandshell, starting at 7:30. Who wouldn’t want to go to that? The first concert in the orchestra’s annual Symphony for the Cities series, a tradition for more than 40 years, will draw huge crowds, so bring a lawn chair or blanket. On Wednesday at 8:30 p.m., you can see them in the Hilde Performance Center in Plymouth. On Thursday at 8 p.m., at the Lake Park Bandshell in Winona. On Sunday, July 9, at 7:30 p.m., at Lake Front Park in Hudson, Wisconsin. Roderick Cox – who recently signed on for another season as associate conductor, and won a 2017 Career Assistance Award from the Solti Foundation – will conduct the series.

History Theatre to present a year of premieres; how to hear the Minnesota Orchestra for free