In its second round of funding for FY 2017, the National Endowment for the Arts has awarded 30 grants totaling $4,437,075 million to arts organizations and agencies in Minnesota. The latest round of grants supports the arts in all 50 states and five U.S. jurisdictions. Minnesota ranked third – behind New York (267 grants, $8.5 million) and California (162 grants, $5.3 million) – in the number of dollars awarded.

This funding round includes partnerships with arts organizations and agencies that employ artists and cultural workers who provide programs for thousands of people across the state and throughout the Midwest. Competition for NEA grants is stiff. The value of a grant goes far beyond the actual dollar amount. NEA grant winners are required to match their grants 1:1 with other public and private funds, but the NEA seal of approval carries such weight that in 2016, the ratio of NEA dollars to matching funds was 1:9, or $500 million.

The Minnesota grants ranged from small ($10,000 to Bemidji State University for its Minnesota Northwoods Writers Conference; to Theater Latté Da for its Next Festival; to St. Olaf College in Northfield for a series of site-specific performances; to In Progress for a media arts education program for Native American youth; to Teatro del Pueblo for a series of live bilingual radio theater productions) to large ($1,439,600 and $1,235,000, two separate grants, to Arts Midwest; $775,300 to the Minnesota State Arts Board; $100,000 and $75,000 to Springboard for the Arts; $100,000 to Dayton’s Bluff District Four Community Council; $75,000 to Artspace).

In a bit of synchronicity, this year’s Minnesota Northwoods Writers Conference in Bemidji, mentioned above, has Tracy K. Smith as its Distinguished Visiting Writer. See below.

Announcing the appointment on Wednesday, Librarian of Congress Carla Hayden praised Smith as “a poet of searching. Her work travels the world and takes on its voices; brings history and memory to life; calls on the power of literature as well as science, religion and pop culture.”

Smith told NPR that as poet laureate, “I would love to go to places where people might be struggling, where people might wonder if there are voices out there for them. … I think it will be very easy to say, ‘Let’s have a diversity of voices, perspectives, experiences, aesthetics that we draw from. And let’s listen.’” 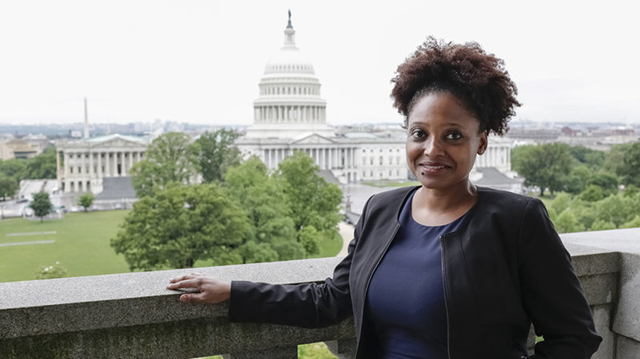 “Tracy K. Smith is the poet that we need as Poet Laureate right now,” Graywolf executive editor Jeff Shotts said in a statement. “She shows us an America that is infinite and that is made of boundless music.”

If you’re in or near Bemidji on Wednesday, June 21, Smith will give a free public reading at 7:30 p.m. in the Gathering Room of the American Indian Resource Center at Bemidji State University, as part of the Minnesota Northwoods Writers Conference. 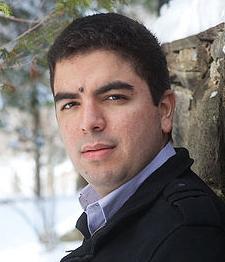 Venzuelan American composer Reinaldo Moya is the Schubert Club’s new composer-in-residence. During his two-year appointment, he’ll create music, take part in education and community programs and advise and advocate for the Schubert Club. Moya already has plans for his residency: to write a chamber opera, to introduce a composition element to the Schubert Club’s Kidsjam workshops and to mentor young composers. One of Moya’s stated goals is “to bring awareness to the role that Latin American immigrants have played in our state, both historically and in the present.”

Tonight (Thursday, June 15) at Mia: Third Thursday: Pride. It’s Pride month (the Pride Festival is next weekend) and Mia is throwing its own Pride party, with live music by Nick Jordan and Lady Lark, chances to chat with people from OutFront Minnesota and make your own Pride flag, pop-up drag performances, a screening of the new TPT documentary “Out North,” with the film’s director, Daniel Bergin, in the house. Presented in partnership with Twin Cities Pride. 6-9 p.m. Free.

Tonight at Magers & Quinn: Roxane Gay presents “Hunger: A Memoir of (My) Body.” The feminist writer, cultural commentator, Purdue professor and author of the New York Times bestseller “Bad Feminist” is touring with her new book, “Hunger.” It’s a deeply personal, frank and fearless memoir about her life and her own “wildly undisciplined” body. A self-described “woman of size,” Gay was raped at 12 and “ate and ate and ate” to make herself bigger and invisible, which should be a contradiction in terms but isn’t, because the bigger you are, the less you are seen and taken seriously. 7 p.m. Free.

Tonight at Reverie: Wayne Horvitz Group. Last fall, Doris Duke Artist, McKnight Visiting Composer, pianist and electronic musician Horvitz toured Minnesota with an old, small (67 keys), out-of-tune ship’s piano, visiting 21 towns and cities across the state, inviting people to play and recording their performances. (Read about his “21 Pianos” project here.) We have no clue what he’ll do when he plays the Thursday Night Jazz at Reverie series, but he’ll do it in good company: Davu Seru on drums, Josh Granowski on bass and Noah Ophoven-Baldwin on trumpet. 9 p.m. No cover, but show some love to the tip jar. Or you can reserve a seat at a table near the stage for $20. FMI.

Saturday on The Commons: Lit Community Picnic. Bring a picnic lunch or (if you want) a food item to share, meet others in the Twin Cities literary community (a fine group of human beings), and celebrate eight full years of the Twin Cities Literary Calendar, a tremendous resource we’d be lost without. Rain Taxi and The Commons will provide soft drinks and snacks, tables and chairs. 12 noon-2 p.m. FMI. Free, but RSVP.

Minnesota receives more than $4 million in NEA grants; a Pride party at Mia