In March 2016, Northern Lights.mn announced the theme for the next two Northern Spark all-night art festivals: “Climate Chaos | Climate Rising.” The focus would be on Earth’s changing environment, how artists are thinking about it and addressing it in their work, and what we can do about it individually and together. In June, Northern Spark 2016 brought crowds to the Minneapolis Convention Center Plaza and the Mill District for a night of performances, installations, and interactive events on the theme of climate change. It was meant to be thought-provoking, engaging and fun, not political.

That was before the 2016 election. In April 2017, the title was changed to “Climate Chaos | People Rising” to emphasize the necessity of action.  Northern Spark 2017, which happens Saturday night from dusk to dawn, will feel more political. It will also feel more personal. Past Sparks have had spectacles: Chris Larson’s burning house, a sea of glowing bicycles, giant projections on grain silos. This year has neighborhoods. Linked by the Green Line, which will run all night (you can ride for free), the festival will take place in downtown Minneapolis (the U.S. Bank Stadium stop), in Cedar-Riverside (West Bank), at the Weisman (East Bank), and in St. Paul’s Little Africa (Snelling Ave.), Rondo (Lexington Parkway), Little Mekong (Western Ave.) and Lowertown (Union Depot).

You can, if you want, ride the train back and forth, get on and off and look around. If you’re lucky, you’ll ride at least once on the train wrapped with art by Andrea Carlson titled “Mni Wiconi” (the Dakota words for “Water is Life”). But with seven different sites to explore and more than 60 different events and projects, you might want to make a plan.

The Northern Spark website is full of helpful tools: zoomable maps, descriptions of all the art projects and events happening everywhere, and a “My Night” feature that lets you create your own list of projects you want to see.  (During Northern Spark, use Facebook, Instagram and Twitter to check for updates.) Two really important things: 1) Charge your phone and pack a backup battery. Some projects require the use of a smartphone. 2) Bring a water bottle. Northern Spark food vendors will not be selling bottled water. You can refill your reusable container for free at Tap Mpls and Anthropocene Water Stations.

Stop by stop, here’s what tempts us most this year. As of this writing, the weather looks promising. Saturday and Sunday will be hot, but the night in between should be perfect for running around outdoors.

The Commons: The Opening Ceremony, which starts at 8:30 p.m. and includes the unveiling of the 2017 Creative City Challenge winner, “ORBACLES,” about birds and climate change (no comment on its proximity to the bird-murdering U.S. Bank Stadium). Then “The Night Library” and the large sculpture “Alien Technology II,” inspired by pearl diving and the oil industry.

Cedar-Riverside: Outside the Southern Theater: Altered Esthetics’ “Debate the Denier.” In Tower Park behind the Cedar: “Guriga Reer Guuraaga/The Nomadic Home,” presented by the Somali Museum.

The Weisman Art Museum: John Keston’s “Un:heard Resonance,” a series of electronic sonatas composed in real time. Between 11 p.m. and midnight, the Raptor Center’s “Meet and Greet with Owls.”

Little Africa: The Little Africa Film Festival at Snelling and Sherburne, around the corner from Fasika. Mystery Spot Books’ “The Slow Down,” to make a climate-helping pledge.

Lowertown: In the Baroque Room, on the second floor of the Northwestern Building: “Rivers of Delight: Hymns from the Sacred Harp.” In Studio Z down the hall: Kathy McTavish’s “Hole in the Sky,” a collaboration with the new music ensemble Zeitgeist. At the M Project Space in the Pioneer Endicott: David Hamlow’s “Mirror Stage.” Multimedia sculptures and installations made from materials recycled from resources Hamlow consumed. A deeply personal and fascinating show. This will stay up through July 30 so you also have time to catch it later.

Tonight (Thursday, June 8) through Saturday at the Cowles: Cantus Covers: A Pop Concert. The men’s vocal ensemble Cantus has hit on a winning strategy for its annual end-of-season “Covers” concert: pick a classic album and perform the whole thing. Last year it was the Beach Boys’ “Pet Sounds,” this year it’s the Beatles’ “Sgt. Pepper’s Lonely Hearts Club Band” (and next year it will be Fleetwood Mac’s “Rumours”). Framing the Fab Four with a selection of newer pop tunes (“Jolene,” Toto’s “Africa,” the Pentatonix lullaby “Light in the Hallway”), the group sang beautifully last Friday night, backed by a band that included Lee Blaske, Jeremy Boettcher, David Schmalenberger and the occasional Cantus member on guitar or trombone. They mostly played “Pepper” straight, which was a good thing. The encore: “Bohemian Rhapsody,” all thunderbolt and lightning. 7:30 p.m. FMI and tickets ($25-35). 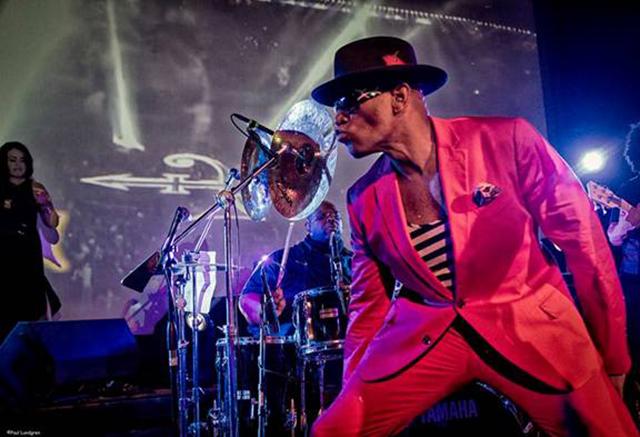 Tonight through Sunday at the Penumbra: Full Circle Theater Presents “365 Days/365 Plays: A 2017 Remix.” Other theater companies are working on becoming more diverse. Full Circle was born that way. Founders and co-artistic directors Rick Shiomi and Martha B. Johnson and core artists James A. Williams, Stephanie Lein Walseth and Lara Trujillo make decisions jointly; no one person is in charge. This is only their second show, and their first evening-length production: a highly ambitious selection of 46 short (some very short) plays from Suzan-Lori Parks’ “365 Days/365 Plays.” (In 2002, Parks wrote one play a day for an entire year.) The plays are funny, tragic, poetic, beautiful, blunt, dark, and sometimes absurd. (“President’s Day Sale” features six U.S. presidents, standing side-by-side in what looks like a slave auction. A fur-coated buyer asks, “How much is the Lincoln?”) Full Circle presents all 46 one after another with a cast of 12 and five directors. It’s as if the company is saying, “See what we can do?” 7:30 p.m. Thursday-Saturday, 2 p.m. Sunday. FMI and tickets ($25). Closes June 11.

Opens Friday at the Science Museum: “The Science Behind Pixar.” If you love the movies – “Toy Story,” “Inside Out,” “The Incredibles,” “Monsters, Inc.,” “WALL-E” – make a date for this immense (12,000 square feet) interactive exhibition. It showcases the science, technology, engineering and math (STEM) concepts used by the artists and computer scientists behind the hit films, with more than 40 interactive elements for all ages. FMI and tickets ($28.95/$22.95; discounts available). 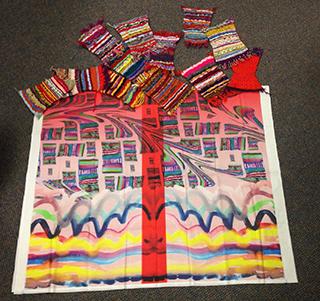 Saturday at the Show Gallery in Lowertown: “Happenstance.” The Show Gallery is a nonprofit space for artists of all abilities. A founding partner is Midwest Special Services (MSS), which supports people with intellectual and physical disabilities. One of its programs is a robust and award-winning Creative Arts Program. MSS artists toured the Walker’s “Merce Cunningham: Common Time” exhibition, with tour guides, and responded by making visual art, music and sound, dance and movement, costumes, film and animation. Just as Cunningham used what he called “chance operations” in his choreography, the MSS artists will come together in a performance that will happen by chance. The Cunningham exhibition changed how art facilitator Lara Hanson perceives the MSS artists she works with. “I see their everyday movement as the movement of dancers,” she said, “and their sound as simple and complex musical compositions, and their art as a new way of seeing beauty in everyday life.” The performance takes place from 6-7 p.m. (The gallery is open from 4:30-7.) An exhibition of art, costumes, film and animation will be on display through June 18. Free.

Northern Spark events to be linked by the Green Line: Your guide