After what seems like a year’s worth of announcements, we now know the State Fair’s full entertainment roster from the Grandstand to the grounds. Two of the Grandstand shows (Pentatonix on Aug. 30 and Sam Hunt on Sept. 4) are down to very limited seating, but all the free shows are up for grabs. On Tuesday we learned who’s coming to the Leinie Lodge Bandshell, the Fair’s major free stage, and it looks like the strongest lineup in years.

Thursday-Friday, Aug. 24-25: The Pointer Sisters. With a career spanning more than four decades, still strong and sassy, the three-time Grammy winners have a long string of hits to choose from including “Yes We Can, Can,” “Fairytale,” “Slow Hand,” “Jump (For My Love)” and “I’m So Excited!”

Saturday-Sunday, Aug. 26-27: George Clinton & Parliament Funkadelic. When Clinton says “Get off your *** and jam,” just do it. He and his mutable funk, soul and rock collective have been playing and recording since the 1970s, but they’re still turning in three-hour sets. The biggest band ever inducted into the Rock and Roll Hall of Fame, they remain one of the most important forces in the history of black music.

Monday-Tuesday, Aug. 28-29: Chris Janson. Singer, songwriter and multi-instrumentalist Janson has made a name for himself in country music, playing the Grand Ole Opry more than 145 times and writing tunes for Tim McGraw, Hank Williams Jr., LoCash and others. Last year he broke through with his own No. 1 platinum single “Buy Me a Boat.” His new album is due out this summer.

Wednesday-Thursday, Aug. 30-31: Tanya Tucker. Rolling Stone just named Tucker one of the top 100 country artists of all time. A defining voice in country music, she recorded her debut single, “Delta Dawn,” at 13 and has been in the national spotlight ever since, a fine singer/songwriter with a lifetime of hits and an inspiration to female artists who followed.

Friday-Saturday, Sept. 1-2: Foghat. What’s the Leinie Lodge without at least one classic rock band or singer? Formed in London in 1971, Foghat is still recording, still touring, still giving fans a good time despite several lineup changes through the years. Will they play “Slow Ride”? Seems like a safe bet.

Sunday-Monday, Sept. 3-4: Hippo Campus. The St. Paul-based indie rockers met in high school, when they were all attending the St. Paul Conservatory. They formed a band in 2013, released an EP in 2014, signed with a label in 2015 and released their debut album, “Landmark” (named for the Landmark Center) earlier this year. Oh, look: here’s a “MN Original” segment on the band.

The SPCO has a new horn player

He’s not exactly new – he’s been playing as a sub and guest principal horn since 1999 – but as of now, Matt Wilson is the St. Paul Chamber Orchestra’s newest permanent member. His appointment brings the total number of permanent musicians to 21. The full contractual complement is 28, and Wilson would have made 23, but principal bassoon Chuck Ullery and first violin Elsa Nilsson both retired at the end of the 2016-17 season. 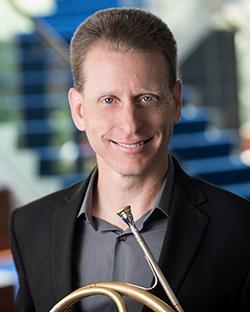 A native of Southern California, Wilson has been principal horn of the Minnesota Opera Orchestra and a frequent guest principal horn with the Minnesota Orchestra. He has performed with the Florida Orchestra, the South Dakota Symphony, the Colorado Symphony and the “Phantom of the Opera” Broadway touring company. In August, he’ll be performing at the Festival of the Lakes in Alexandria.

“Matt Wilson has proven to be an extraordinary musician and colleague in his years as a guest musician,” SPCO Artistic Director and principal violin Kyu-Young Kim said in a statement. “His versatility as both a high horn and low horn player and as a gifted chamber musician makes him a perfect fit for the SPCO.”

“After having played with the SPCO as a guest musician for 17 years I am very excited to be a member,” Wilson said.

Register now to get in on a rare opportunity to discuss important books on contemporary topics with other concerned and thoughtful people. Offered ahead of the 29th Annual Nobel Peace Prize Forum (NPPF) at Augsburg College (Sept. 15-16), the Book Club meets three times around three titles. All are free, but seating is limited.

Aug. 10: Richard Haass’ “A World in Disarray: American Foreign Policy and the Crisis of the Old Order.” The president of the Council on Foreign Relations looks at 400 years of international relations and the current state of the world, and calls for an updated “global operating system.” Register here.

Sept. 7: Kofi Annan’s “Interventions: A Life in War in Peace.” The former secretary-general of the United Nations (1997-2006), winner of the 2001 Nobel Peace Prize, reflects on his 40-plus years of service. Register here.

All meetings take place at Minneapolis Central Library from 6:30-7:30 p.m.

Now at Como Park Zoo & Conservatory: “Blooming Butterflies.” Unless you suffer from lepidopterophobia, you’ll love this. Walk through the door and find hundreds of butterflies from Africa, Asia and the Americas flying freely among tropical plants, sipping nectar, fluttering their beautiful wings. Up to 400 more will be released each week. Most are not native to Minnesota; Como holds special permits to exhibit them. Come at noon, pay a dollar and release your own personal butterfly. Open daily from 10 a.m.-6 p.m. Free. Closes Sept. 4. 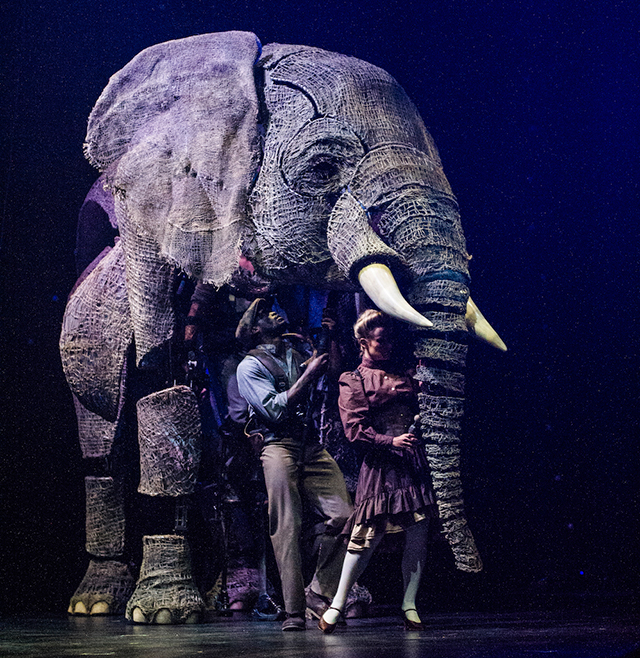 Photo by Mark Turner
A scene from “Circus 1903: The Golden Age of Circus,” currently playing at the Ordway.

Now at the Ordway: “Circus 1903: The Golden Age of Circus.” The Ringling Bros. Circus is officially over. Using real animals in performances is no longer acceptable. And yet, the most magical moments in the circus were always about the elephants. From the producers of “The Illusionists” (seen at the Ordway in 2015), who teamed up with the award-winning puppeteers from “War Horse” (seen at the Orpheum in 2013), this show brings the elephants back as giant puppets. Seeing them come on stage is actually quite moving; take a look at this YouTube clip from “The Late Show with Stephen Colbert.” It’s not all about the elephants; “Circus 1903” also includes a cast of strong men, contortionists, acrobats, knife throwers, high-wire acts and musicians, re-creating the excitement and variety of turn-of-the-19th-century circuses that once crisscrossed the U.S., setting up in a different small town every day. Act I takes place in front of the circus, with trucks, props and rigging; in Act 2, the tent, flagpoles and rigging are raised into the roof of the theater. Think spectacle. 7:30 p.m. FMI and tickets (start at $37). Ends Friday, June 30.

Tonight (Wednesday, June 28) at a bigaplex near you: Verdi’s “Macbeth.” Soprano Anna Netrebko is Lady Macbeth, Zeljko Lucic the doomed Thane of Cawdor in Adrian Noble’s production of Verdi’s tragic Shakespeare adaptation. This is a rebroadcast of the original “The Met: Live in HD” seen earlier this year. 7 p.m. Go here, click Buy Tickets, and enter your ZIP to find the theater near you.

Thursday at the Hennepin History Museum : Artist talk with barn historian and plein air painter Judith Anderson. Who hasn’t stopped to admire a barn or two? Many old barns in Hennepin County are disappearing. Local plein air artist Judith Anderson captures their likenesses and their stories. Come for her talk, stick around for light refreshments after, then walk through the museum’s “Hennepin History en Plein Air” show and “Artist’s Paradise: Urban and Rural Landscapes,” with art from the museum’s permanent collection. 6 p.m. Admission $5, $3 for seniors and students. Visiting the museum at this time requires the use of stairs.

Thursday at Vieux Carré: Zacc Harris’ “American Reverie.” If you missed the CD release party at Hook & Ladder in May, here’s another chance to hear guitarist Harris’ thoughtful, emotional take on the state of our nation today. It’s not at all preachy, and many of the songs are familiar: “Shenandoah,” “Be My Baby” (that old Ronettes tune), Lead Belly’s “In the Pines,” Willie Nelson’s “On the Road Again.” But the way Harris has arranged them and how his trio plays them make them stand out, as if you’re hearing them for the first time. With Matt Peterson on bass, Lars-Erik Larson on drums. 8 p.m. $6 cash at the door.