The controversial “Scaffold” installation in the Minneapolis Sculpture Garden will be dismantled and the wood will be burned, according to a statement published Wednesday afternoon on the Walker’s website.

The statement was issued by Dakota Spiritual and Traditional Elders, representatives from the four federally recognized Dakota tribes, the Walker Art Center, the Minneapolis Park and Recreation Board and “Scaffold” artist Sam Durant after a three-hour mediation at the Walker on Wednesday. The mediation was preceded by a meeting Tuesday night at All My Relations Gallery in Minneapolis of elders and other members of the Dakota community. Both were closed to the media.

“Scaffold” had been under construction and clearly visible for months during the Sculpture Garden’s extensive renovation, but it wasn’t until late last week, just before Memorial Day weekend, that people became aware of what it meant. Although it looks like a piece of playground equipment, artist Durant, who conceived it as a commentary on capital punishment, based it on elements of seven gallows used in mostly public hangings. They included the gallows used to hang white abolitionist John Brown in 1859, the gallows used to hang former Iraqi president Saddam Hussein in 2006, and the enormous square gallows built in downtown Mankato, Minnesota, for the largest mass execution in U.S. history: the simultaneous hangings of 38 Dakota men on Dec. 26, 1862, following the U.S.-Dakota war.

As the news about “Scaffold” spread, controversy erupted. Once you knew what it was, you couldn’t not see it. For Native peoples, it was personal and traumatizing. For many non-Natives, it was shocking and disturbing. The siting – in a public park where people would stroll, bring their kids, have weddings and take selfies – was mind-boggling. Neither the artist nor the Walker had contacted anyone in the Dakota community before aquiring the sculpture and installing it on land once used by the Dakota people. The internet lit up and protesters gathered at the chain-link construction fence surrounding the Garden, where a grand re-opening was scheduled for Saturday, June 3.

To everyone’s credit, things moved quickly, considering it was a holiday weekend and the re-opening was coming up fast. On Friday, Olga Viso, the Walker’s executive director, wrote an open letter to The Circle, a Native American publication, acknowledging that the siting of “Scaffold” had raised “unique concerns” and “might cause some to question the Walker’s sensitivity to Native audiences” and would require “heightened attention and education in all of our visitor orientation and interpretation.” At that point, the Walker seemed to think “Scaffold” would stay put and we would all learn to live with it. That did not go over well. The protests continued, the fence was covered with signs, the feedback was fierce on Facebook and Twitter, and the story was starting to go national.

By late Saturday, Durant had issued an apology and Viso had released a statement saying, in part, “I regret the pain that this artwork has brought to the Dakota community and others” and “I am in agreement with the artist that the best way to move forward is to have ‘Scaffold’ dismantled in some manner and to listen and learn from the Elders.” On Sunday, Viso and Minneapolis Park and Recreation Board Superintendent Jayne Miller together announced that the re-opening would be moved to Saturday, June 10.

Wednesday’s meeting was facilitated by Stephanie Hope Smith, a mediator who specializes in sacred sites. It led to an agreement that includes these details:

It will take at least four days to remove the wood and several days to remove the steel and concrete. The construction fence will be modified to make room for the ceremony on June 2. The location of the burning will be decided in a meeting with Minnesota Historical Society Executive Director Steve Elliot and the Spiritual and Traditional Dakota Elders; the date will be announced when it is confirmed. The signs posted near the sculpture will remain until the entire structure and construction fences are removed. The grand re-opening of the Sculpture Garden will take place on June 10.

It’s not over. A statement Viso read at the end of the mediation said, in part, “This is the first step for the Walker in a long process to rebuild trust with the Dakota and Native communities throughout Minnesota.” Plans for “the weeks, months, and years ahead” include hosting forums, reaching out to Native communities, working to bridge gaps in understanding among Walker staff, board and audiences, making structural changes within the organization – and working with Native artists to commission work for the Walker campus.

Tonight (Thursday, June 1) at Orchestra Hall: Symphony in 60: Strauss’ “Also Sprach Zarathustra.” Because sometimes you want to experience the glory of an orchestra but you don’t want to spend all night doing it. This particular Symphony in 60 will be a special thrill: a hall-filling performance of the Strauss piece made famous by “2001: A Space Odyssey.” Plus, as a teaser, Wagner’s Overture to “Tannhäuser.” 8 p.m. Come early for happy hour, stay after for a post-concert hang on stage with Minnesota Orchestra musicians. Carlos Miguel Prieto conducts. FMI and tickets ($30; $20 under 40). On Friday and Saturday, the Orchestra will add Ernest Bloch’s “Shelomo: Hebraic Rhapsody for Cello and Orchestra” to the program for a full-length concert experience featuring principal cello Anthony Ross. 8 p.m. both nights. FMI and tickets ($29-79).

Opens Friday at the Film Society’s St. Anthony Main Theatre: “Last Men in Aleppo.” Winner of the Documentary Award at this year’s MSPIFF and the Grand Jury Prize at Sundance, this devastating film follows Aleppo’s “White Helmets” – the first responders to the bombing and terrorist attacks — as they rush toward bomb sites and search through collapsed buildings for the living and the dead. Directed by Syrian filmmaker Feras Fayyad. FMI including trailer, tickets and showtimes. Through Thursday, June 8. 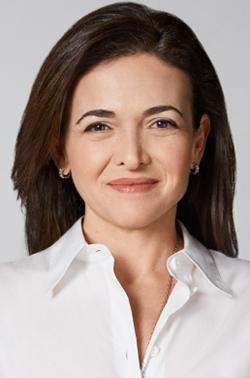 Sunday at the Fitzgerald: The Thread Live with Sheryl Sandberg. Sandberg is the chief operating officer at Facebook, a former VP at Google and the author of “Lean In: Women, Work and the Will to Lead,” a book that sparked a movement (and raised some ire). She’s also a mother and a widow whose husband, internet entrepreneur David Goldberg — who grew up in Minneapolis — died suddenly in May 2015. Sandberg will talk with MPR’s Kerry Miller about her new book, co-authored with Wharton psychologist Adam Grant, about moving forward after life’s setbacks. Just out, it’s called “Option B: Facing Adversity, Building Resilience, and Finding Joy,” and it has already been hailed by the New York Times as a “a remarkable achievement” that “will surely offer great comfort to its intended readers.” 7 p.m. FMI and tickets ($35-75)

Monday at United Theological Seminary: In Conversation: Craig Wright with Dominic Papatola. Wright is a writer and producer of hit TV series (“Six Feet Under,” “Brothers and Sisters,” “Lost”) and an award-winning playwright whose works have been produced in dozens of productions from the Jungle Theater to Broadway. Papatola is the theater critic for the St. Paul Pioneer Press and has written for the New York Times. Both are United Theological Seminary alums, and on Monday they’ll meet at their alma mater to discuss the intersection of art and spirituality. Is spiritual reflection important to the arts? 7 p.m. in the United Chapel. Free, but seating is limited and registration is required.

Tuesday, June 6, at the Minnesota History Center: “Behind the Seams: Costume Designing August Wilson’s Plays.” How do costume designers work? Last fall, we had the chance to meet and talk with costume designer Mathew LeFebvre about the work he was doing for Minnesota Opera’s production of “Das Rheingold.” LeFebvre has had a long relationship with Penumbra Theatre, designing for several August Wilson plays, including “Jitney.” He’ll show original sketches, talk about his process and shine a light on how clothes help make a play. (Tip: Ask him how he uses Pinterest.) The 6-8:30 p.m. window includes a social hour and time to walk through the History Center’s “Penumbra Theatre at 40” exhibit, which closes July 30. Free. FMI and registration (recommended).