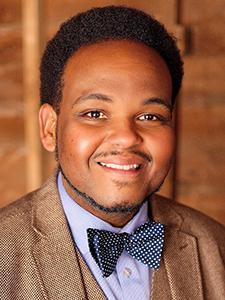 As of Saturday, there’s a new choir in town. Anyone can join. The Justice Choir will have its first rehearsal Saturday morning (June 10) at Westminster Presbyterian Church, followed by its debut performance. It’s already booked for another sing on July 18 at the Wolfe Park Pavilion in St. Louis Park.

Begun and led by Tesfa Wondemagegnehu (won-dih-MAWG-nee-you), the Justice Choir, Twin Cities chapter will sing songs about peace, freedom, courage, love, resilience, human rights and taking a stand. The songs are from the “Justice Choir Songbook,” a collection of 42 mostly new, some repurposed protest songs for the issues of our time. Commissioned by Westminster Church, it will soon be available as a free download for anyone, anywhere who wants to use it: other choirs, congregations, families, schools, communities.

The seeds were sown in fall 2016, not long after Wondemagegnehu was named director of choral ministries at the historic and famously progressive church in downtown Minneapolis. A former manager of the Choral Works Initiative at American Public Media and assistant artistic director at VocalEssence, Wondemagegnehu was asked to create a new ensemble at Westminster. He proposed a Justice Choir. Then he learned that St. Paul-based composer Abbie Betinis was looking to compile a songbook for use by marching choirs across the country.

“Both of us had visions for starting a movement, but we were doing it separately,” Wondemagegnehu said in conversation Thursday. “We said – hey! Can we join forces? We’d like to commission the songbook. We have the resources to make it real.” They worked things out. Betinis is in charge of the national movement, which now has a website, a Facebook page and a Twitter feed. Wondemagegnehu heads the local chapter. The two of them, along with Minneapolis-based conductor and pianist Ahmed Anzaldua, are co-editors of the songbook.

The songs are simple and singable, meant for all ages and ability levels. Many were written as recently as 2017. Two are by Betinis; one is by Melanie DeMore. A song called “Another World Is Possible” is by the Denver-based hip-hop group Flobots. “We Are One” comes from Neal and Leandra.

“Cities across the country are looking to start their own Justice Choirs,” Wondemagegnehu said. “We’ve created a resource for all of those choirs. It will cost them nothing. They can take these songs and sing them on the steps of their Capitol. They can sing them at rallies. They can use them anywhere.” 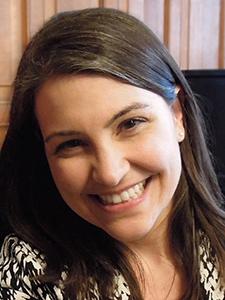 Wondemagegnehu plans to pair his concerts with conversations on tough, important topics. Saturday’s event will feature Nekima Levy-Pounds, who will talk about race relations. (Not, Wondemagegnehu clarified, her mayoral campaign.) “One of the songs in the songbook is ‘Take a Stand.’ Recently, in the tragedy that happened in Portland, people took a stand and it cost them their lives. I’m going to ask Nekima what she has to say about taking a stand and speaking up. Nekima will do her thing. Then we’ll sing that song. It will have a different meaning after the dialogue.” The event will also include an audience Q&A with Levy-Pounds.

The Justice Choir “is not a choir choir,” Wondemagegnehu emphasized. “There’s no core group. Everybody who wants to be in it can be in it. Everybody who sings with us Saturday will be part of the choir. If you want to continue being a part, leave your email address so we can contact you about our next event.”

He’s expecting 500 people on Saturday. The next time, he hopes everyone will bring a friend and the choir will number 1,000.

The first Justice Choir Twin Cities rehearsal will take place Saturday, June 10, from 10 a.m. to noon at Westminster Presbyterian Church. Lunch will be provided. The first performance, with guest speaker Nekima Levy-Pounds, will start at 1 p.m. All are welcome, and everyone will get a copy of the “Justice Choir Songbook.”

Tonight (Friday, June 9) at Gamut Gallery: Hi 5. Gamut is turning five and throwing its own birthday party, with music by Savage Aural Hotbed, Hydrah and KPT, the finale of the Bright Side exhibition, and swag bags for the first 30 people. Tucked inside a random few will be membership passes, because Gamut now has a membership program and a new e-commerce website for online sales. Over the past five years, Gamut has worked with more than 400 artists, with a focus on innovative local artists, producing 40 exhibitions and 125 “art happening” events. That’s pretty amazing, so stop by and say hi if you can. 7-11 p.m. FMI. $10 at the door. 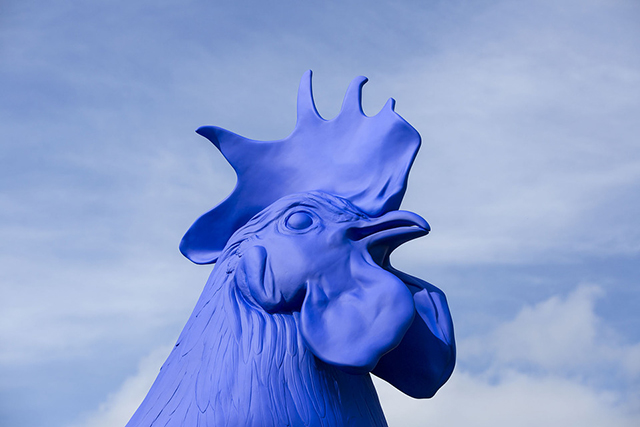 Saturday at the Walker: Minneapolis Sculpture Garden Opening Celebration. After a two-year, $33-million renovation and an 11th-hour uproar that led to the removal of a featured sculpture, the Sculpture Garden will reopen to the public with live music (Black Market Brass at 10:30 a.m. and 12:30 p.m.), DJs, activities, tours, food trucks, a noon ribbon-cutting and performances of Merce Cunningham’s “Field Dances” at 11:30 a.m., 1:30 and 4:30 p.m. If you want to participate in one of the afternoon performances, attend a workshop at noon or 3 p.m. in the Walker’s McGuire Theater. 10 a.m.-6 p.m. Free.

Saturday at a movie bigaplex near you: “2017 Van Cliburn International Piano Competition LIVE.” Every four years, this famous competition brings young pianists from around the world to Fort Worth to vie for the coveted Cliburn gold medal. This is the first time the conclusion, with performances by all six finalists, will be beamed live to cinemas. The program will begin with a delayed presentation of Friday’s performances. Leonard Slatkin, the first director of Minnesota Orchestra’s Sommerfest, will lead the Fort Worth Symphony Orchestra. Broadcast from Fort Worth, in surround sound, featuring interviews with Slatkin and other classical music VIPs, this is a long one (over five hours) and a nail-biter. 11:55 a.m. FMI and theater finder (enter your city or ZIP). Ticket prices vary.

Saturday and Sunday on Main Street in Maple Grove: Chalkfest at Arbor Lakes. A free two-day street fest with food, fun, entertainment and amazing, often fool-the-eye chalk art by 33 artists on the sidewalks. On Sunday night, it all gets hosed away. 10 a.m.-5 p.m. both days. FMI. Free.

Sunday at the Jungle: Jazz at the Jungle Presents Duke’s Place. Connie Evingson brings her class act back to the Jungle’s stage, this time with the classiest of jazz music: songs from the Duke Ellington songbook, including familiar favorites and lesser-known gems. With Jon Weber on piano, Gordy Johnson on bass and the one and only Dave Karr on saxophone. 4 p.m. and 7:30 p.m. FMI and tickets ($30).

Monday at the Playwrights’ Center: McKnight Speaker: Lisa D’Amour. Yay for a great new idea. Springboard for the Arts and the McKnight Foundation have formed a partnership that will bring artists to the Twin Cities for public conversations. D’Amour, an award-winning playwright and Playwrights’ Center core alum, will probably talk about her process and projects, including her work with her OBIE-winning interdisciplinary performance company PearlDamour, which creates collaborative new work. Her Pulitzer Prize finalist “Detroit” was seen at the Jungle in 2014. 6-8 p.m. FMI and registration. Free. 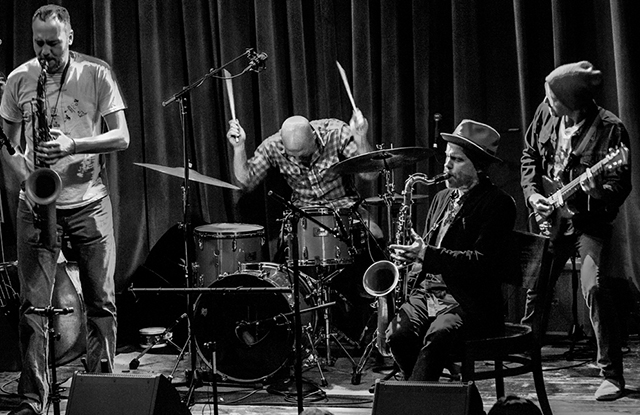 Photo by Andrea Canter
Dave King Trucking Company
Monday at Icehouse: Dave King Trucking Company and Hanging Hearts CD Release. What a great double bill JT’s Jazz Implosion has planned for us. First, the Chicago trio Hanging Hearts (Chris Weller on saxophones, Cole DeGenova on keyboards, Devin Drobka on drums) will play a set from their second album, “Into a Myth.” Recorded in Milwaukee, produced by King, just out on the Minneapolis label Shifting Paradigm Records, it features eight original tracks – strong, opinionated tunes threaded with some of that Minneapolis DNA. Stream one here. The second set goes to the Trucking Company, which doesn’t always include its full complement on Twin Cities dates – bassist Chris Morrissey and saxophonist/clarinetist Chris Speed live in Brooklyn – but will on Monday, with King on drums, Brandon Wozniak on saxophone and Eric Fratzke on guitar. 9:30 p.m. FMI. $10 at the door.