Let’s say you want to start an art fair in downtown Minneapolis. How hard can it be? Pat Parnow makes it sound easy. “I drove Metro Transit bus for 34 years,” Parnow said in conversation last week. “I would drive past Loring Park and think, ‘That would be a great place for an art fair.’ ”

Parnow was a good judge of potential sites. As a photographer, she had years of experience showing her own work at art fairs. In 1991, she helped start the Powderhorn Art Fair. By 1999, Parnow and fellow Powderhorn artists Carol Haubner and Mary Ann Wunderlin were ready to go out on their own. “We talked to the director at Loring Park, and he was very receptive, and we just kind of went from there. By the next year, we had our first festival, and now it’s the 18th.”

The Loring Park Art Festival debuted in 2000, on the same weekend as Powderhorn and the Uptown Art Fair, both well-established by then. (Uptown celebrates its 54th anniversary this year; Powderhorn turns 26.) There were a few challenges in the early days. “We had maybe 80 artists the first year, so it wasn’t quite full. And the park board didn’t think there was enough police presence to cover three art festivals. But that ended up being a nonissue.” For years, people shuttled between all three art fairs with free Metro Transit passes.

Haubner and Wunderlin retired in 2013 from managing the Loring Park event, leaving Parnow in charge. In 2016, Parnow shook things up, moving Loring Park to the weekend before Uptown and Powderhorn.

“I kept hearing people say it’s too much to do three art fairs in one weekend,” she said. “Artists were saying they’d love to do my show and Powderhorn or Uptown. After 16 years, people knew about us, so it wasn’t like starting a brand-new show.” 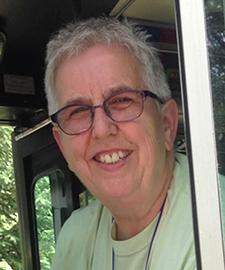 It turned out to be a smart decision. More artists applied and attendance jumped to over 25,000, breaking past records. Meanwhile, the other festivals weren’t mad. “We all met together and talked about it. They’re tweeting and Facebooking for us, and we’re doing the same for them the following week. They’re very supportive.”

For this weekend, Parnow promises “lots of benches and shady trees, and picnic tables to sit at. Good music, good food, and all the art. It’s very relaxing and it’s lovely. There’s going to be a metal pour, puppet shows, and an artist in residence who will demonstrate inking prints.”

And if you plan to drive: “One of the perceptions is that we don’t have any parking. But people can park for free in the MCTC ramp [at Hennepin and 16th], and it’s just a block from there to the park. Dunwoody is a little farther to walk, but it’s also free.”

Tonight (Wednesday, July 26) at the Walker: “Trapped in the Scene: Short Films.” In response to the travel ban, the Arab-American arts organization Mizna and the Walker are co-presenting a film series that puts a human face on shifting landscapes and displacement. Tonight’s program is five recent short films (2012-15) from Northern Iraq, Libya, Yemen and the Golan Heights, all with English subtitles. 7:30 p.m. in the Walker Cinema. FMI and tickets ($10/8 Walker members, student and seniors). 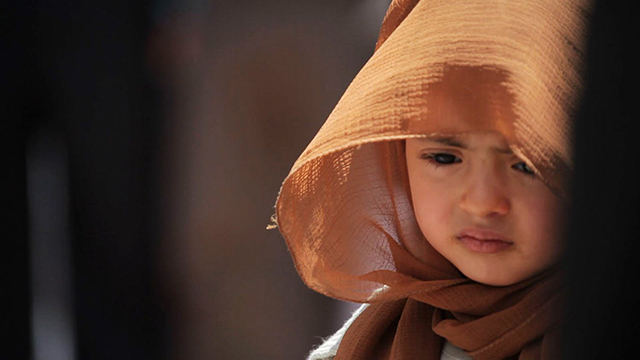 Courtesy of the Cinema Guild
A still from Sara Ishaq, “Karama Has No Walls” (2012).

Thursday at the Alexander Ramsey House: History Happy Hour: Local Artist Communities. Artist, author, and former MinnPost columnist (“The Stroll”) Andy Sturdevant will explore the history of artists’ studios, co-ops and hangouts from the 1880s to the 1980s, and probably draw some fascinating and surprising connections between those spaces and our famously huge and active arts scene. A 21+ event. 5:30 and 8:30 p.m. FMI and tickets ($25/$20 MNHS members). 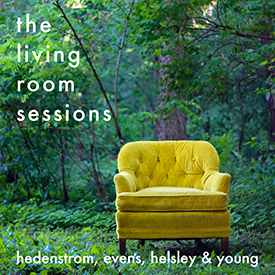 Thursday at Reverie: Hedenstrom, Evens, Helsley & Young “The Living Room Sessions” Album Release Party. The final show in the Steve Kenny-curated “Thursday Night Jazz at Reverie” series sends a fine new jazz album into the world. (Reverie will close at the end of the month.) HEHY is a collaboration among Minneapolis-based saxophonist Aaron Hedenstrom, Louisville pianist Gabe Evens, bassist Jack Helsley and drummer Matt Young, all University of North Texas alums. (UNT has a highly respected jazz program.) The first half of the album is compositions by Hedenstrom; the second is a suite by Evens, inspired by his 3-year-old daughter. From start to finish, it sounds like music of heart and soul. Filled with real melodies, storytelling, thoughtfulness and sass, it’s well-written and well-played, with staying power. Come say goodbye to Reverie, hello to HEHY. Doors at 8:30 p.m., music at 9. Suggested donation.

Friday at the Mill City Museum: Opening of the 35W Bridge Collapse display. This won’t be easy to see. Most of us still have clear images in our minds of the bridge going down. Has it really been 10 years since that impossible, tragic and pivotal event? The Minnesota Historical Society has documented the disaster in its collections, acquiring several post-collapse pieces of the bridge including one of the too-thin gusset plates the NTSB determined were responsible for the collapse. It will be in the Commons, and you can see it for free through Aug. 30. FMI. Across the river, the History Center’s “Then Now Wow” exhibit will show the emergency exit door of a school bus involved in the collapse, signed by all the children and adults on board.

Saturday at the Ordway: The Capitol Steps Live: “Orange Is the New Barack.” Claiming “we put the MOCK in Democracy,” the Capitol Steps – a comedy troupe originally formed in 1981 by a group of Senate staffers – still pulls from the headlines for its fresh and irreverent brand of political satire. And boy, could we use a laugh right now. The Steps are out with their latest album, “Orange Is the New Barack,” and they are equal opportunity offenders, so don’t expect either side in our fractured political world to get off easy. 7:30 p.m. FMI and tickets (start at $37).