There would have to be something seriously wrong with a tango opera that wasn’t sexy as heck. No worries about Mill City Summer Opera’s “Maria de Buenos Aires.” From the music to the cast, the dancing to the lighting, it all comes together in a sultry, mostly satisfying show for which three performances remain, including tonight’s (Tuesday, July 18). If you want to see it, pause here and get tickets now.

We say “mostly satisfying” because we spent too much time puzzling over the surtitles, which are projected on four video screens. The story isn’t linear. The text is written in poetry in a Buenos Aires street dialect; trying to make sense of the translation is futile. Glance at a screen once in a while, if you must, but give your attention to the music and the movement. Director David Lefkowich said as much to the sold-out crowd on Friday night: “If you trust the music, it will tell you what to hear and how to think.”

Astor Piazzolla was the most important figure in the history of tango, and he wrote just one opera, “Maria de Buenos Aires.” The story, loosely, is about a girl named Maria, “born on a day when God was drunk … with a curse in her voice,” who grows up, enters the city’s seedy, tango-driven underworld, becomes a prostitute, is killed, returns as a shadow, and gives birth to a child named Maria. One scene involves a group of psychoanalysts.

“Maria” opens with a narrator, El Duende, a sometimes menacing Milton Loayza, and dancers doing the tango, a mix of quick and leisurely moves that is riveting to watch. We meet Maria, ravishingly portrayed by Colombian soprano Catalina Cuervo, in the second scene, and her first syllables – “La-da-da-dee, la-da-da,” sung dark and low, intimate and regretful – set the tone for the evening. The third scene introduces El Payador, an itinerant gaucho singer, a role that seems made for Mexican-American baritone Luis Alejandro Orozco. Cuervo and Orozco have sung Maria and El Payador together many times; Cuervo, known as the “Fiery Soprano,” holds the record for the most productions of “Maria” of any singer in the world. They are both splendid singers and utterly convincing, passionate and powerful and very good-looking. Thanks to Mill City Summer Opera for bringing them here.

And also for the generous 11-piece orchestra led by Brian DeMaris, with lots of strings and a bandoneon, the single most important instrument in tango, expertly played by Argentinian musician JP Jofre. His role is so essential that he’s listed among the cast members.

As the story, such as it is, unfolds, we’re enchanted by Christopher Verdosci’s costumes – a red dress worn by Cuervo is a singular marvel of engineering – and Argentine choreographer Fernanda Ghi’s seductive choreography. Alan Edwards’ scenic and lighting design transform the Machine Shop, an event venue, into a basement club somewhere in old Buenos Aires. The stage is small, a bare spot on the floor with audience on all four sides, and props are minimal; a few chairs and café tables. Yet it works. (About the Machine Shop: The opera is there temporarily because the Ruin Courtyard at the Mill City Museum is undergoing renovation. It will be back outdoors in its usual spot next summer.)

The eight dancers are all local and making their debuts with the Mill City Summer Opera. Brian Sostek and Megan McClellan, aka Sossy Mechanics, were last-minute additions who almost steal the show. According to an email sent last Friday, the two were hired as understudies an hour before rehearsals began. Two hours and fifteen minutes later, Ghi told them they were in. They’re given a lot of floor time and they make the most of it. “We haven’t really danced like this before,” they wrote, “but it sure is working well.” That’s an understatement. They’re terrific.

The only performances left are tonight (Tuesday, July 18), tomorrow and Thursday. For more info and tickets ($75/50). Rush tickets ($35) are available; arrive by 6 and wait in line. If you’re a student, show your ID and pay $10 for a standing balcony view. We heard more than one person say that the balcony, perched above the orchestra, is the best place to see everything. There’s no intermission, and “Maria” is about 90 minutes long.

Tonight (Tuesday, July 18) through Saturday at Concordia University: The National Puppetry Festival. More than 400 puppeteers and other puppet people are in St. Paul this week for the biennial Festival, which returns to Minnesota after 10 years. The four-day to-do includes several public performances, some for kids and families, others strictly for adults – like tonight’s “Centres (Ashes),” a joint Norwegian-French performance about a pyromaniac. Also in town: puppet artists from Chicago, LA, Connecticut, Kansas City, Baltimore, Belgium and Vermont. And if you missed “The Story of Crow Boy” last weekend at Heart of the Beast, you can catch it at the Festival. Complete schedule and tickets here ($5 and $15). 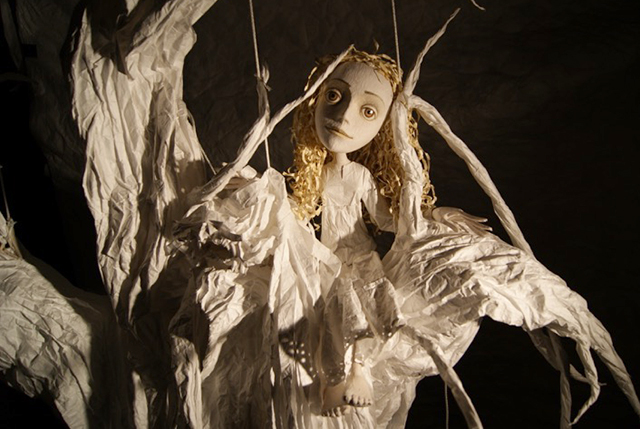 Photograph by Robert Blush
“Aya in the Tree” from “Unfolding” by Margarita Blush, part of the National Puppetry Festival. 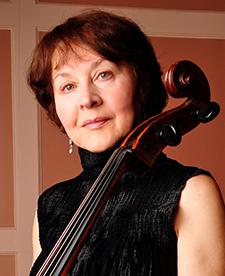 Tonight at Hennepin Ave. Methodist Church: CELLOici: Tanya Remenikova, cello, and Ivan Konev, piano. Chamber music in the summertime! This concert kicks off a new recital series from the International Cello Institute, an intensive program for serious young cellists held each summer at St. Olaf College. With so many great cellists in for the Institute, why not schedule some public performances? Remenikova is cello professor at the U of M. She’ll play music by Shostakovich, Stravinsky and Strauss. 7:30 p.m. FMI. Tickets at the door ($20 adults, $15 seniors, students and children free). Coming up Tuesday, July 25: the Minnesota Orchestra’s Silver Ainomäe with pianist Timothy Lovelace. Monday, July 31: Emmanuel Feldman of the New England Conservatory with Mary Jo Gothmann. Thursday, Aug. 3: YouTube sensation Cicely Parnas with Peter John. The first three recitals are at Hennepin Methodist, the fourth at the Landmark Center, Courtroom 317.

Starts Thursday at the Film Society’s St. Anthony Main Theatre: 2nd Annual Lumières Françaises. A week-long festival of French indie cinema, from documentaries to dramas, satires and an animated film that made a splash at Cannes in 2016. Don’t know much about French film? Get schooled with Bertrand Tavernier’s “My Journey through French Cinema.” Feeling blue about the passing of horrormeister George Romero? Set in Paris, Bertrand Bonello’s terrorism thriller “Nocturama” owes a debt to him. Bummed about the state of the EPA? Find inspiration in Melanie Laurent’s “Tomorrow.” Want a costume drama about tormented love, based on a novel by Guy de Maupassant? Stéphane Brizé’s “A Woman’s Life” is for you. We’re looking hardest at “The Girl Without Hands,” animator Sébastien Laudenbach’s dreamy, hand-drawn take on the Grimm Brothers tale. All are in French with English subtitles. FMI including showtimes, trailers and tickets.

“Prince Pre-Fame: A Never-Before-Seen Exhibit.” In 1977, over three photo shoots, Robert Whitman photographed Prince for a press kit. Only 15 copies of the press kit were produced, and the images have rarely been seen since. This exhibition at MPLS Photo Center will also include three images that have never been exhibited. Whitman will attend the opening reception on Thursday, Aug. 17 at 7 p.m. Free, but register here. The show will be up through Sept. 15.

Vice President Joe Biden will be touring this fall behind his new book, “Promise Me, Dad: A Year of Hope, Hardship, and Purpose,” a memoir of the year when his son battled brain cancer. Minneapolis will be one of the 19 cities Biden visits, stopping at the Orpheum on Saturday, Dec. 9. Presale starts today (Tuesday, July 18).