Minnesota Jewish Theatre Company’s 2017-18 season – its 23rd – starts soon and strong, with a one-man play starring Robert Dorfman and directed by Raye Birk. The other four productions include a comedy about politics (how refreshing!), the return of an Ivey-winning holiday show, a play by Pulitzer Prize winner Donald Margulies and a world premiere.

Aug. 19-27: David Hare’s “Via Dolorosa” is the British playwright’s personal story of traveling to Israel at 50 and exploring what it’s like to live in the heart of the Israeli-Arab conflict. At first, Hare performed the play himself on stage (and in the film version seen on PBS). We’ll get the wonderful actor Robert Dorfman, with fellow actor Raye Birk making his Twin Cities directorial debut.

Oct. 21-Nov. 12: Jason Odell Williams’ “Church and State” tells of a Republican senator up for re-election in North Carolina who has a sudden change of thinking about God and the Second Amendment. Charlie Whitmore’s wife is a conservative Christian; a New York staffer is a liberal Jew. One fights to keep religion in their marriage, and the other to keep the campaign on track.

Dec. 8-Dec. 21: Shari Aronson’s “Hershel and the Hanukkah Goblins” was first presented at MJTC in 2008, then again in 2009. Adapted from Caldecott Honor book by Eric Kimmel, it’s a holiday tale of a village where goblins keep Hanukkah from happening, and a man who saves the day. Chris Griffith’s goblin puppets won a 2009 Ivey Award.

Feb. 24-March 18, 2018: Donald Margulies’ “Collected Stories” asks a question often asked today: Can a person from one culture tell the story of someone from another culture? Ruth Steiner is a teacher and prominent writer of short stories; Lisa Morrison is her student and protégée turned confidante and eventually competitor. When Lisa writes a novel based on Ruth’s past, their friendship is compromised. Margulies won a Pulitzer for the play he wrote just before this one, “Dinner with Friends.”

April 21-May 13: Deborah Stein’s “Natasha and the Coat” brings together two 20-somethings with very different lives: Natasha, a fashion intern in a Brooklyn atelier, and Yossi, a Hasidic Jew who works as a dry cleaner. This will be the world premiere of a play by the two-time Jerome fellow and McKnight Advancement Grant recipient.

All performances are in the theater of Highland Park Community Center. FMI.

The MJTC was founded in 1994 by former New Yorker Barbara Brooks, who continues to serve as producing artistic director. Since 1995, the theater has produced more than 70 plays and musicals including several commissions, world premieres and Ivey winners.

A musical at the Fetus

We’re used to seeing bands play at the Electric Fetus, but an actual musical? We’re putting a note on our g-cal now so we don’t miss Minneapolis Music Theatre’s limited-run production of “High Fidelity,” to be staged inside the record store. It makes perfect sense; that’s where much of Nick Hornsby’s novel (and the 2000 movie starring John Cusack and Jack Black) takes place. But we’re eager to see how it actually happens.

“When we decided on ‘High Fidelity,’ we began to brainstorm what we could do to bring the setting to life,” MMT artistic director Christian Unser said in a statement. “Almost immediately, we wondered if it would be possible to actually do the show in a record store. Obviously, our first choice was the Electric Fetus. Luckily, they were just as excited about the opportunity as we were.”

With a book by David Lindsay-Abaire (“Shrek The Musical”) and music by Tom Kitt (a Pulitzer and Tony winner for “Next to Normal”), “High Fidelity” will close MMT’s 2017-18 season on May 5-20, 2018. The season will begin Oct. 6-28 at the Bryant-Lake Bowl with “Tick Tick … Boom!” Jonathan Larson’s three-person rock musical, written prior to “Rent,” is his semi-autobiographical story of his time as an aspiring composer in New York. On Feb. 2-25, 2018, at the Phoenix, MMT will present “The Toxic Avenger,” a musical version of the classic horror-comedy film written by Bon Jovi band member David Bryan with Joe DiPietro, the team behind “Memphis.”

If you’re sensing a theme, MMT’s niche is “Rare Musicals Well Done” – musicals created by artists before they make it big. Season tickets (and singles to “Tick, Tick … Boom!”) are available now.

Tonight (Friday, July 21) at Open Book: Book Art Biennial Exhibitions Reception. As part of the 2017 Book Art Biennial, the Minnesota Center for Book Arts (MCBA) is hosting seven exhibitions, and you can see them all at Friday’s reception. Thanks to Detroit-based printer and MCBA printer-in-residence Amos Paul Kennedy Jr.’s collaborative project “Open Book Takeover,” more than 5,000 community-made prints will be spread throughout the 55,000-square-foot Open Book Building. The Twin Cities Zine Fest has an interactive zine-reading lounge, “Free for All.” Guest curator Heid Erdrich has gathered Native American voices in an exhibition called “[About that] Water Is Life.” “Reader’s Art: Control/Alt/Shift” is a juried exhibition of artists’ books. “End of Times 2” is a portfolio of broadsides by 41 letterpress printers, organized by Mary Bruno. “Stamp of Disapproval” showcases counterculture work from MCBA’s Helmes and W. Gaglione Rubber Stamp Archive. Find new work by Alyssa Baguss in her “Meander” show. And oh, by the way, five of the best new artist books in the world – by Ellen Knudson, Hanna Batsel, Ines von Ketelhodt, Nader Koochaki, and Tim Hopkins – are also on display. Click the links for close-up looks. One will win the 2017 MCBA Prize at a gala on Saturday night. Be kind and RSVP to the reception on Facebook. 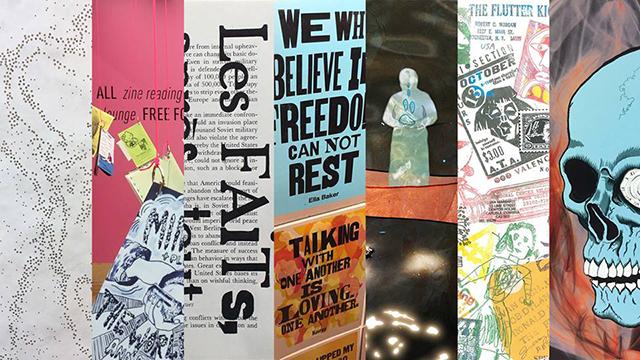 Tonight at the Lake Harriet Bandshell: Minnesota Sinfonia: Dvorák 8! Begun in 1989 and still led by conductor Jay Fishman, the Sinfonia performs up to 80 concerts every year, all free and family-friendly, many featuring national and international guest soloists. For their final summer classical concert, the Sinfonia will play Dvorak’s Symphony No. 8 with the young musicians of this year’s Youth Outreach Week, an annual Sinfonia program. 7:30 p.m. If it looks like rain, they’ll move to the Basilica and the concert will be at 8:30 p.m. The decision will be made no later than 5 p.m. Check this page for updates.

Tonight at the Minnesota Music Café: Clint Hoover & Papa John Kolstad. Blues and jazz, chromatic and diatonic harmonica player Hoover – formerly of the Twin Cities, now of Pittsburgh – is back in town for the Midwest Harmonica Workshop. He’ll take time away from jamming and teaching to join his old friend, folk blues legend Papa John Kolstad, for a reunion concert at the Café. 8 p.m. $7 donation. Open harmonica jam after the show. Here’s a track from an album they recorded live at the Gingko in the mid-2000s.

Saturday at Concordia University: Puppet Fun for Everyone. The Puppeteers of America’s National (actually International) Puppetry Festival ends its weeklong stay at Concordia with a free community celebration of puppet shows, music, exhibits, a store and a puppet parade. At 12:30, 2 and 3:30 p.m., Open Eye Figure Theatre will perform “Molly and the Magic Boot,” its current Driveway Tour production. At 1:15 and 2:45 p.m., Parasol Puppets of Missouri and Mousetrap Puppets of Indiana will present dueling “Punch and Judy” shows. The parade takes place at 4 p.m. Bring a puppet and join in. If you and the kids are up for a longer day, Mesner Puppet Theater of Kansas City will present “The Stinky Cheese Man and Other Fairly Stupid Tales” at 11 a.m., and tickets are $5. Puppet Fun events are noon-5 p.m. and free. 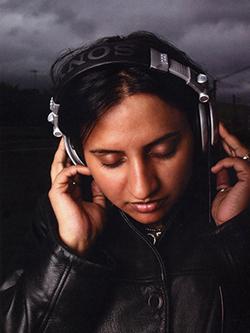 Courtesy of the artist
DJ Rekha

Saturday at the Cedar: DJ Rekha. For the third year in a row, Ragamala Dance Company has invited the “ambassador of Bhangra music” to Minneapolis for an all-out dance party. This will also be a celebration of Ragamala’s 25th anniversary. Starting with Indian music, the New York-based Rekha pulls in world music and contemporary electronic dance music, drawing diverse crowds and bringing people together. Doors at 7, show at 8, with opener DJ Chamun. Standing show with open floor. All ages. FMI and tickets ($18 advance/$20 day of show).

Starts Saturday: Theater Latté Da’s 2017 Next Festival. Three new works, six public readings. July 22 and 24 at the Ritz Theater: “Goddess,” a contemporary spin on an ancient folk tale set in a jazz club in Mombasa. Music by Michael Thurber, book by Jocelyn Bioh, directed by Saheem Ali. July 27 and 29 at the Ritz: “Five Points,” about two young men – one black, one white – in New York City during the Civil War. Book by Harrison David Rivers, music by Ethan D. Pakchar and Douglas Lyons, directed by Peter Rothstein. Aug 4 and 7 at the Playwrights’ Center: “Underneath the Lintel,” Glen Berger’s celebrated play about a Dutch librarian on a quest, has been reimagined as a play with music by Berger and Frank London. Rothstein will direct. Both “Five Points” and “Underneath the Lintel” are part of Latté Da’s 2017-18 season. FMI and tickets ($15 singles, $30 3-show passes).

Monday night at the Heights: “A Hard Day’s Night.” Richard Lester’s 1964 film was conceived as a quickie B movie to cash in on the Fab Four’s growing fame. We all know how that turned out. This is the 50th anniversary 4K restoration. 7:30 p.m. FMI and tickets ($8).