Starting tonight (Thursday, July 6), and continuing through next Sunday the 16th, the New Griots Festival is a multidisciplinary celebration of black arts and emerging black artists in Minnesota. Founded in 2015 by playwright Josh Wilder and director/playwright Jamil Jude, it took place over a weekend in August at the Phoenix Theater in Minneapolis. After skipping a year, it’s back in force, 10 days long and at a prestigious new address: the ninth floor of the Guthrie, where it’s part of the Level 9 Initiative.

This year’s schedule features 11 performances (almost all presented twice) and several classes taught by the artists. Performances include “Viva: BLACK,” a one-woman show by vocalist and dancer Vie Boheme (who was last seen in The Moving Company’s “Refugia” on the Guthrie’s proscenium stage), a reading of a new work by playwright Antonio Duke, an improv/sketch comedy show by Blackout, a TV pilot presentation by Dame-Jasmine Hughes, and a drum clinic on improvisation from musician Arthur “L.A.” Buckner. Also on the program: an aerial performance, poetry, painting and photography. Here’s the complete schedule, with descriptions of everything. Learn about the artists here.

Each performance or class is one hour with no intermission. Tickets are $9. Buy tickets to three performances and see the others for free. The artist-taught community classes are free.

As the 2017 New Griots lineup was announced, so was the news that Jude is leaving Minnesota for Georgia, where he has accepted the position of associate artistic director of True Colors Theatre in Atlanta. In his six years here (he arrived in 2011), Jude has directed for the Park Square Theatre, Freshwater Theatre, Theatre in the Round, Lakeshore Players, 24 Hr. Plays and the History Theatre, among others. He was the National New Play Network Producer in Residence at Mixed Blood; served as Artistic Programming Associate at the Park Square, where he was mentored by Richard Cook; took part in the Leadership U: One-on-One program funded by the Mellon Foundation; had a management fellowship at Nautilus Music Theater; and was the 2013/14 Jerome Many Voices Mentee at the Playwrights’ Center. He also met and married his wife, Lauren Mounts. We’d call that a successful stay, and we wish them both the very best in Atlanta.

Tonight (Thursday, July 6) at the Minnesota Museum of American Art: The M After Hours. Have a drink and hang out with Good Thunder-based artist and teacher David Hamlow, who creates sculptural pieces from recycled consumer packaging – saved from his own purchases, like pizzas and 12-packs of LaCroix sparkling water. Ornately shaped boxes and simple bricks made from colorful cardboard have clear tape windows through which you can see small objects he found and saved. Hamlow’s ongoing, ever-growing body of work calls attention to how much waste we produce each day. Check out his installation “Mirror Stage” (which closes July 30) and make your own recycled sculptures. Also: live music by Millie Gibson, and the mother-daughter team who started the sustainable marketing organization Relan. 6-9 p.m. FMI and tickets ($10; includes a drink ticket). 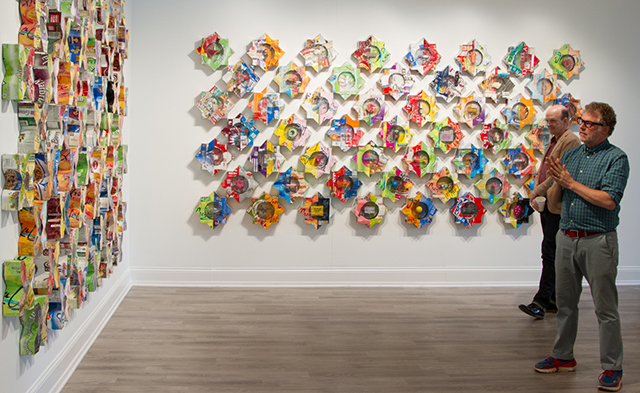 Sunday at Como Dockside: “The Last Waltz” 2017 Tribute Show. The popular annual tribute to the “The Last Waltz” concert and film is usually held in winter at the Cabooze. Now picture it as a summer night under the stars. Perfect, right? With Dan Israel as Bob Dylan, Andra Suchy as Joni Mitchell, Aaron Ollswang as Eric Clapton, Jenny Russ as Emmylou Harris, Max Graham as Neil Young and more local musicians in the roles of other players who sat in with the Band (Dr. John, the Staple Singers, Paul Butterfield, Muddy Waters, Ronnie Wood, Ronnie Hawkins, Ringo Starr), this sounds like a very good time. The Belfast Cowboys open. Doors at 4 p.m., show at 5. All ages. Tickets here ($12-50). 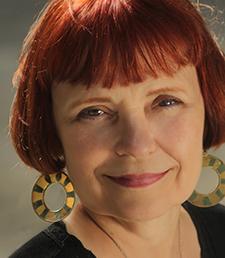 Monday at Crooners: Teri Roiger CD Release: “Ghost of Yesterday: Shades of Lady Day.” Hearing Billie Holiday inspired Roiger to choose a life in jazz. Her latest CD includes songs written by Holiday, made famous by Holiday, and about Holiday, with original lyrics by Roiger. Known and respected as a serious jazz singer, she’s famous for her phrasing; when she sings a song, she owns it. With Phil Aaron on piano, Phil Hey on drums and John Menegon (Roiger’s husband) on bass. 7 p.m. in the Dunsmore listening room. FMI and tickets ($10 show only, $35 prix fixe dinner show).