Each year since 1996, the O’Shaughnessy’s Women of Substance series has featured a stellar lineup of women artists with something to say. A few examples from the 2016-17 season: Dessa in September, Maria Schneider and her orchestra in February, and Lizzo, the hip-hop singer who brought down the house in March and made every woman there feel strong and proud.

On Sept. 8, Joan Osborne will sing the songs of Bob Dylan, bringing new interpretations to his lyrics and melodies. On Sept. 15-16, Minneapolis’ Ananya Dance Theatre, led by Ananya Chatterjea, will premiere “Shyamali: Sprouting Words,” the company’s fourth and newest work on the theme of Work Women Do.

On Sept. 20, Rhiannon Giddens, singer, multi-instrumentalist, and co-founder of the Grammy-winning string band Carolina Chocolate Drops, will present music from her latest album, “The Freedom Highway Tour.” On Sept. 23, a performance by the women of FinnFest USA, the annual festival celebrating all things Finland, will bring several Finnish and Finnish American artists to the big O’Shaughnessy stage.

On Nov. 3-4, James Sewell Ballet will partner with the Ahn Trio – sisters Lucia (piano), Angella (violin), and Maria (cello) – in a program of music, dance, and dance with music including an arrangement of Prince’s “Purple Rain.” On Nov. 7-18, TU Dance, led by Toni-Pierce Sands and Uri Sands, will return to the O’Shaughnessy as part of its 14th annual performance season, with new works by two guest choreographers.

The Fall 2017 season ends with an O’Shaughnessy holiday tradition: Katie McMahon’s Celtic Christmas, a family-friendly program of carols, stories and lively Irish dance from the original voice of “Riverdance.”

Tickets are on sale now. More events may be announced later.

Circus Juventas, the Highland Park-based youth performing arts circus school founded in 1994 by Dan and Betty Butler as an after-school program, has won a major international award. Now the largest organization of its kind in North America, it will have something no other American circus can claim: the Circopedia Award. Previous winners have included circuses in Israel and Russia. Circus Juventas caught the eye of Circopedia founder Dominique Jando during a 10-day engagement at the Smithsonian Folklife Festival in Washington, DC earlier this month. Its summer show, “Nordrsaga: The Nine Realms of Norse Mythology,” will open Thursday, July 27 and will continue through Sunday, Aug. 13. FMI and tickets ($17.50-40). 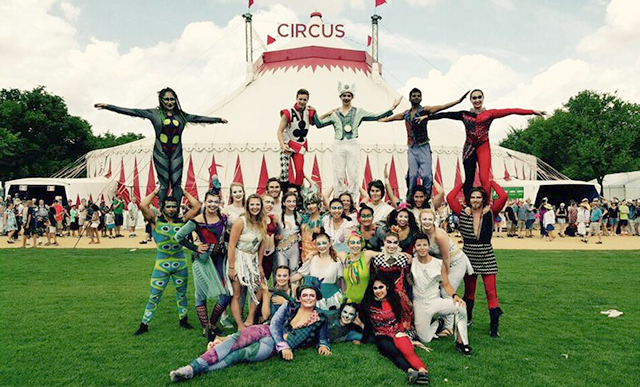 The University of Minnesota Libraries – a vast system of libraries, collections and archives – has won a 2017 National Medal for Museum and Library Service. Awarded annually by the Institute of Museum and Library Services to select museums and libraries, this is the nation’s highest honor of its kind. Other winners this year include the Aspen Art Museum, the Cedar Rapids Public Library and the Illinois Holocaust Museum and Education Center.

The primary source of federal support for the nation’s 123,000 libraries and approximately 35,000 museums, the Institute of Museum and Library Services has been targeted for elimination in President Trump’s proposed FY 18 budget. Here’s more on that.

“May” because we just don’t know yet. Announced last week, the 2017 Talking Volumes season – another stellar lineup of authors – begins Sept. 14 with Sherman Alexie in conversation with MPR’s Kerri Miller about “You Don’t Have to Say You Love Me,” his memoir about his relationship with his mother, Lillian.

In a frank and heartrending Facebook post published last Thursday, Alexie wrote about the memoir and the difficulty of his latest tour. A superstar author, he was booked for the kind of tour that would have exhausted anyone: a different city each night, a travel blur.

He wrote on Facebook, “Lillian haunted me when she was alive. And she has haunted me since her death in July, 2015. And she has haunted me in spectacular ways since I published my memoir a month ago. She has followed me from city to city during my promotional book tour.” Sirens sounded as he told the story of his mother’s death. He found a handmade quilt on a hotel wall, and saw a valet holding a sign printed with the name “Lillian.” A crowded and noisy room suddenly fell silent when he spoke of his mother as a ghost.

“I don’t believe in magic,” he wrote, “but I believe in interpreting coincidence exactly the way you want to.” And: “I have been rebreaking my heart night after night.” Suffering from depression, sadness and “complicated grief,” he dreamed (“in the fifteenth or twentieth hotel room of this summer”) that his mother was holding a sign that said STOP.

Alexie has canceled all of his August events and “will be cancelling many, but not all, of my events for the rest of the year.”

Tonight at the Walker: “The Cow (Gaav).” Fourth in a series of five films being co-presented weekly by the Walker and Mizna, the Arab-American arts organization, as “Reshaping Our World: Cinema Without Borders.” The first film of the Iranian New Wave, Dariush Mehrjui’s 1969 classic portrays the reality and hardships of life in rural Iran. In Persian with English subtitles. 7:30 p.m. in the Walker Cinema. FMI and tickets ($10/8).

Friday and Saturday at Orchestra Hall: Doc Severinsen. The fiery trumpeter and flashy dresser has been part of the Minnesota Orchestra for as long as many of us can remember. He spent 14 years (1993-2007) as principal pops conductor, and all the years since as pops conductor laureate.  On Friday, the former music director of “The Tonight Show Starring Johnny Carson” will leave his trumpet in its case and share personal stories about the classical selections the orchestra will perform under Osmo Vânskâ’s direction – all Doc’s favorites for reasons we’ll learn. 8 p.m., FMI and tickets. On Saturday, he’ll take the spotlight to celebrate his own 90th birthday with the orchestra (led by Sarah Hicks) and a hand-picked band including Mary Louise Knutson on piano. 8 p.m., FMI and tickets. 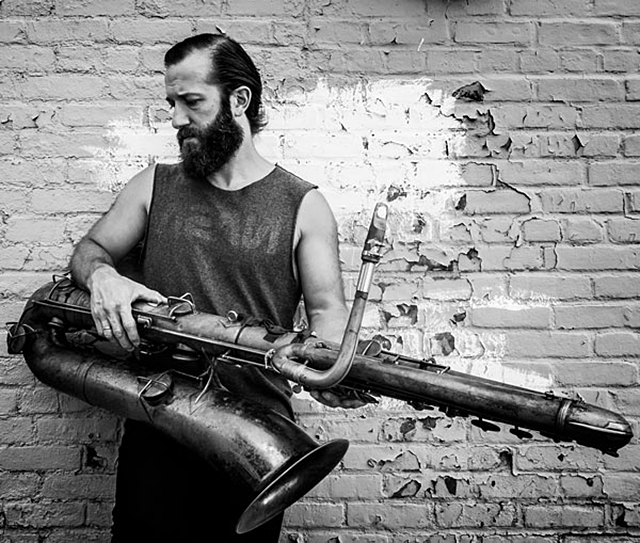 Sunday at the Turf Club: Colin Stetson. Hearing Stetson play the bass saxophone – which must be a little like playing a locomotive – is an otherworldly experience. We’ve heard him twice, once in the Walker galleries and once in the McGuire Theater, and both times have been revelations. It’s not just that he plays a big, unwieldy honker; it’s how he plays it, with total mastery and a circular breathing technique that makes you wonder, not unreasonably, if he’s entirely human, or maybe part god. Doors at 7 p.m., music at 8. Justin Walter opens. FMI and tickets ($15 advance). 21+; ID required.