The Minnesota Orchestra is doing great. On the heels of a successful Symphony Ball, it received a rave review from Stereophile of its latest recording for BIS, “Mahler 5” (“Essential listening … thrilling”). In January, the orchestra will travel to Chicago for the first time in 38 years to perform at the home of the Chicago Symphony Orchestra. It just recorded more Mahler for what has become a rare thing these days: a full cycle of recordings by a major composer.

There’s real magic happening among the musicians, the audience and Music Director Osmo Vänskä. Which has led many people to wonder, “What happens when Osmo’s current contract ends in 2019?” And what about the orchestra’s sublime concertmaster, Erin Keefe, who is married to Vänskä?

On Monday, the orchestra announced that Vänskä has signed a new three-year contract, extending his stay through the 2021-22 season. So we’ll see him on the podium for at least another five seasons. The extension will bring his tenure as music director to 19 years, equaling that of Stanislaw Skrowaczewski and founding music director Emil Oberhoffer, the two previous longest-tenured maestros.

In a statement, Board Chair Marilyn Carlson Nelson said, “Osmo Vänskä’s impact on the Minnesota Orchestra over the course of his tenure has been exceptional … and there is so much more that he and the Orchestra can do together.” It seems they can only get better. Especially given where they were as recently as January 2014 – locked out by the longest labor dispute in U.S. orchestral history – it has been a thrill to see (and hear) them roar back.

Author series – and we are graced with many – are the ultimate book clubs. Read the books, get your tickets (or just show up, in some cases), and hear the authors talk about their work. Sure, great art should “stand alone,” but don’t we all love some context? A backstory or two? The sound of the author’s voice, reading words that formed in his or her head, then flowed or dripped or forced their way out the fingers?

Our two biggest-name, biggest-ticket author series are the Friends of the Hennepin County Library’s Pen Pals, announced in May, and MPR and the Star Tribune’s Talking Volumes, revealed Friday.

Now in its 18th season, Talking Volumes is produced jointly by MPR and the Star Tribune. Events are held at the Fitzgerald Theater in St. Paul, hosted by MPR journalist Keri Miller; the Star Tribune profiles the authors ahead of their events. This year’s season starts Sept. 14 and ends Nov. 16. All the authors are stars, but the one who wraps the season is a super-duper star, so let’s start with him and work backwards.

Oct. 31: Ron Chernow. His “Alexander Hamilton,” the biography, was adapted into “Hamilton,” the hit Broadway musical. Chernow’s other best-selling books include the National Book Award winner “The House of Morgan” and “Washington: A Life,” which received the Pulitzer Prize.

Oct. 19: Amy Tan. In “Where the Past Begins: A Writer’s Memoir,” the best-selling author of “The Joy Luck Club” and “The Kitchen God’s Wife” tells her own story.

Sept. 27: Jacqueline Woodson. Her poetry collection, “Brown Girl Dreaming,” won the National Book Award and the Newbery Medal. Her latest book, “Another Brooklyn,” is an autobiographical novel about friendship.

Sept. 14: Sherman Alexie. The author of the National Book Award winner “The Absolutely True Diary of a Part-Time Indian” has also written a memoir. In “You Don’t Have to Say You Love Me,” he explores his relationship with his mother.

Tonight at Plymouth Congregational Church: A free concert by Cantus. The home of VocalEssence is hosting a free summer music series in its sanctuary. First up: the acclaimed male vocal ensemble Cantus. Got your calendar? July 18: The Sweet Songs: Music by Richard Rodgers with Moss Hart and Oscar Hammerstein. With Maria Jette, Lisa Drew, Vern Sutton and James Bohn. July 25: Twin Cities Bronze Handbell Ensemble. All at 7 p.m., all free. 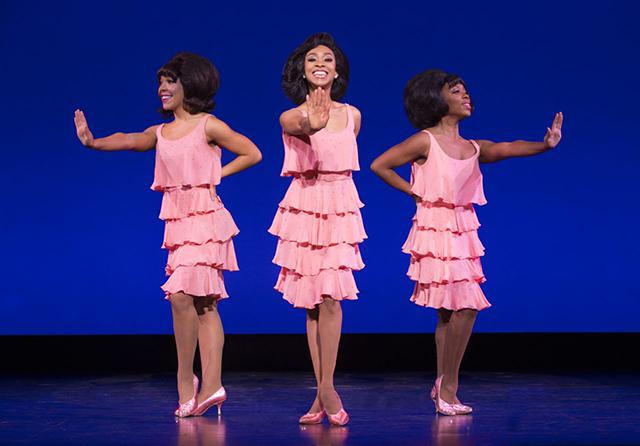 Opens tonight at the Orpheum: “Motown the Musical.” It doesn’t matter what you wear, just as long as you are there. After its first national tour, which came through Minneapolis in December 2014, the Motor City musical is back with “Dancing in the Street” and 40 more of the best songs ever heard on Broadway, all drawn from the vast Motown catalog. Based on the life of music mogul Berry Gordy, “Motown” ends the Broadway on Hennepin season. 7:30 p.m. FMI and tickets ($39-134).

Wednesday at the Walker: “The Dupes (Al-makhdu ’un).” The Walker and the Arab-American arts organization Mizna continue their summer series celebrating Arab, Afro-Arab and Iranian cinema. Twefik Saleh’s classic 1973 film follows three Palestinian exiles as they look for a smuggler to take them to Kuwait and the promise of work and prosperity. 7:30 p.m. in the Walker Cinema. FMI and tickets ($10/8).

Wednesday at the Cedar: MarchFourth. Part marching band, part circus act, part carnival sideshow, the Portland-based MarchFourth is a funky, brassy, jazzy collective of musicians, acrobats and stilters. Their latest album, “Magic Number,” was fan-funded and recorded in New Orleans with guests including Trombone Shorty. Here’s a recent video. No angst or navel-gazing here, just a lot of joy. Doors at 7 p.m., show at 7:30. The Skruffians open. FMI and tickets ($18 advance/$20 day of show). An all-ages standing show. 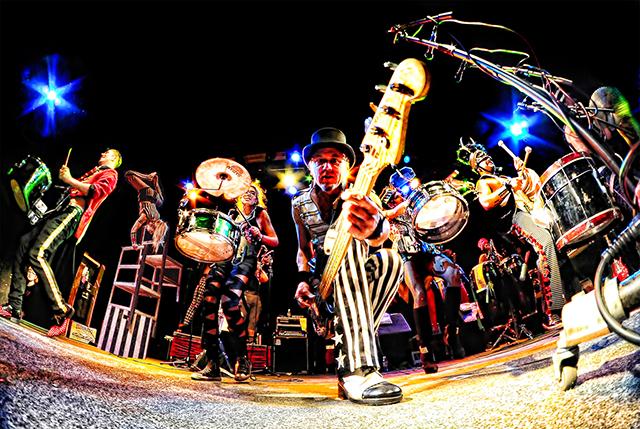 Wednesday through Sunday at the Open Eye Figure Theatre: “Jacques Brel: When We Have Only Love.” One of Open Eye’s most popular and successful concerts. In song, story, visuals and vocals, Dan Chouinard, Diana Grasselli, Bradley Greenwald and Prudence Johnson take us on a journey through the life and 30-year career of the Belgian singer/songwriter and social commentator whose work influenced American artists from Sinatra to Sting, Ray Charles to Nirvana. With Jacqueline Ultan on cello, Tim Sparks on guitar. 7:30 p.m. Wednesday-Saturday, 4 p.m. Sunday. FMI and tickets ($26/22/18).

When Graywolf Press holds a literary salon, it’s worth going. The first, “A World of Voices,” held last September, featured authors Anuradha Roy (“Sleeping on Jupiter”), Solmaz Sharif (“Look”) and Monica Youn (“Blackacre,” “Barter,” “Ignatz”). Coming up on Sept. 27 at Aria, the second, titled “Poetry, Prose, and Power,” features Layli Long Soldier (“Whereas”), Carmen Maria Machado (“Her Body and Other Parties”) and Danez Smith (“Don’t Call Us Dead”). The conversation will be moderated by publisher Fiona McCrae and executive editor Jeff Shotts, with music by Davu Seru, deVon Russell Gray and Dameun Strange. This is billed as a fundraiser, with sponsorships available, or you can buy what’s called a Bookmark Ticket ($30) and come for the program only. FMI.