Some of us will remember HOTTEA (Eric Rieger) as a local yarn bomber and MCAD grad who wove words and images into chain-link fences around Minneapolis, where they slowly faded and disintegrated. That was then – roughly 2009. As news of his work traveled, so did Rieger, bringing his unusual art to other cities in the U.S. and Europe. In 2011, HOTTEA did an installation at the HAUS hair salon, and in 2013 he was commissioned for a major installation by the Minneapolis Institute of Art. Also in 2013, Burnet Gallery in Le Meridien Chambers Hotel hosted his first solo show.

HOTTEA has gone on to fame far beyond our borders, creating more than 70 large-scale installations, working with “Sesame Street,” New York Fashion Week and the X Games, winning an Emmy and displaying his work in London, New York, Berlin, Chicago, Honolulu, Sao Paolo and Sydney. He has attracted corporate clients like Converse, Red Bull and Google; in January, he was named the 2017 Perrier Artist of the Year.

His latest installation, and largest to date, is on view now at the Mall of America. Facilitated by Forecast Public Art, it’s 60 feet high, weights 721 pounds, and is made from 13,000 strands of yarn in 103 colors. It hangs from a 55′ x 45′ skylight in the Mall’s North Atrium. The artist calls it “Hot Lunch” because it was inspired by his assistant, Lin, who also works as a school lunch aid.

Seeing the massive but delicate installation – and imagining how much time and work it took to plan it, prepare the materials and hang it from that very high ceiling – is one thing. Knowing its name, and the origins of its name, adds warmth and a human dimension that are key to understanding HOTTEA’s art. His works are positive, nondestructive and life-affirming. He has said, “I want to evoke feelings of happiness and awe.”

We know where “Hot Lunch” came from. But what about HOTTEA, the street name Rieger goes by? He shared that story at the Burnet Gallery in May 2013. A lot has happened in his life in the more than four years since, when he stood in front of a small crowd at the opening and talked about himself and his art. He seemed kind of quiet and shy at the time. He told us about going as a child with his family to Bakers’ Square, where his mom ordered cornbread and hot tea. After his parents divorced, he visited his father in Mankato and went to the Bakers’ Square there. Seeing “hot tea” on the menu brought back memories of his family and being happy together. Comfort, warmth, and good things. So that’s what he decided to call himself.

Raise a brownie to Al

We join with countless fans of Star Tribune humorist and food writer Al Sicherman in mourning his passing over the weekend. Pat Pheifer covered his years at the Strib in a heartfelt obituary published online Monday. Joel Kramer, MinnPost co-founder and Sicherman’s former boss at the paper, told the story of Sicherman’s years at MinnPost, which reach all the way back to our launch in 2007. 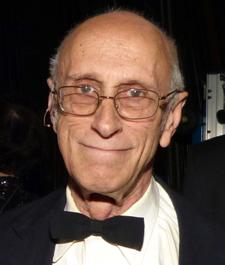 He made us laugh in print, online, and at years of MinnRoast fundraisers. In 1989, when he wrote about the death of his son, Joe, at age 18 – Joe had taken LSD, and he fell from his seventh-story college dorm room in Madison, Wisconsin – he made us cry. Remembering that story now, combined with the news of Sicherman’s own death, makes us deeply sad.

We couldn’t quit his quirky “Tidbits” column in the Strib, even though we never ate a single thing he wrote about there. Sicherman was kind of a neighbor to us; he lived a few blocks away and we sometimes saw him at the local grocery store, where he was probably doing Mr. Tidbit research. Here’s his famous Extreme Brownies recipe. Stir up a batch and raise a brownie to Al.

Every day through Labor Day (Monday, Sept. 4): Minnesota State Fair. We haven’t made it there yet, but it seems everyone else has, and we’re insanely jealous at their reports on the food (bacon!), the seed art (politics!), the concerts (P-Funk!), the exhibits (yarn bombs! Chickens!) and the general madness and magnificence of the largest state fair in the U.S., by average daily attendance. 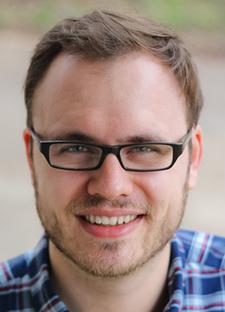 Tonight (Tuesday, Aug. 29) at Jazz Central: Aaron Hedenstrom Orchestra. Big bands are expensive. They’re unwieldy. They take up a lot of room. All that being said, it’s exciting to hear so many instruments at once, and that big sound. Hedenstrom, a Twin Cities-based, North Texas-educated saxophonist, arranger, composer and bandleader, will bring his large group to the small basement jazz club in Northeast for an evening of his original compositions and arrangements. 8:30 p.m. $10 at the door; $5 with valid student ID.

Wednesday at the Dakota: Dr. Lonnie Smith. There are no guarantees in life, except maybe when Dr. Lonnie Smith sits down in front of a Hammond B-3. Because you will have a good time. The soul-jazz organist has been tearing things up for more than a half-century. He’s recorded over 100 albums and he’s still full of surprises, including his Slaperoo, a percussive walking stick. Plus you have to love the whole package: the turban, the beard, the mad doctor persona. The 2017 NEA Jazz Master has called the B-3 “all the forces of nature at your fingertips,” and within five minutes, you’ll believe. 7 p.m. FMI and tickets ($35-45). 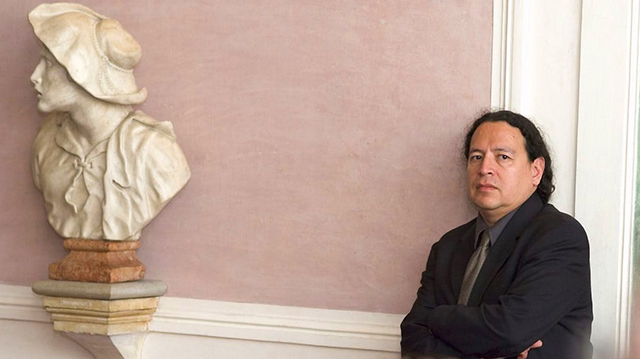 Courtesy of the Walker Art Center
Paul Chaat Smith’s here as part of the Walker’s exhibit “Jimmie Durham: At the Center of the World.”

Thursday at the Walker: Paul Chaat Smith on “The Americans.” Smith is a Comanche author, curator and cultural critic. His second book, “Everything You Know About Indians Is Wrong,” published in 2009 by the University of Minnesota Press, is a wry, sharp-edged collection of essays that jettison stereotypes in favor of the complexity of the modern Indian experience. An associate curator of the Smithsonian’s National Museum of the American Indian since 2001, he’s here as part of the Walker’s exhibit “Jimmie Durham: At the Center of the World.” 6:30 p.m. in the Bentson Mediatheque. Free.

Thursday through Saturday at the Grain Belt Warehouse: “Fool for Love.” Has Sam Shepard’s grim and gritty play ever been directed by a woman? Has it ever been produced by a theater founded by a woman who serves as artistic director and also stars as May, the only female role? Directed by Mel Day, Dark & Stormy’s production, which opened last Thursday, is unique in many ways. The small, scrappy company run by Sara Marsh has stripped the play down to its basics: a bed, a rug, a few sticks of furniture, a window suggesting a parking lot with a menacing Mercedes idling outside. Marsh and James Rodríguez are steamy and doomed as lovers (and half-siblings) Eddie and May; Patrick Coyle is explosive as the Old Man; and newcomer Antonio Duke, as Martin, is a decent guy caught up in everyone else’s mess. Staged in a warehouse studio, in your face and almost in your lap, this is as up-close-and-personal as theater gets. Afterward, if this is an option for you, have a stiff drink. Through Saturday, Sept. 16, in Studio 202. FMI and tickets ($34/39 $15 under 30).