Say you’re a small theater – so small your plays are presented in nontraditional spaces, most recently a warehouse studio. Your season opener is an intense and brutal play about a toxic romance, set in a rundown hotel room on the edge of the Mojave Desert. You’re barely into the second week of rehearsals when you learn that Sam Shepard, whose words are in your mind and mouth, whose characters you’re bringing to life, has died.

Sara Marsh, founder and artistic director of Dark & Stormy Productions, had long been a fan of Shepard’s “Fool for Love,” though it took her a while to feel the play. “I’ve had it forever,” she said by phone on Wednesday. “Throughout my 20s, I would look at it and read May’s speeches out loud and think, ‘I love this, but I don’t quite get it.’ All of a sudden, in my mid-30s, it was, ‘Oh! I get it!’ ” Earlier this year, when she couldn’t decide how to start the theater’s next season, “I literally woke up one morning, opened my eyes and thought, ‘Fool for Love.’ ”

It was Rodríguez who broke the news about Shepard. “We all got an email from James,” Marsh said. “I was memorizing lines. It was the most surreal experience, to have just been speaking words Sam Shepard wrote and hear that he passed away.” The first rehearsal after his death “was a very somber day. There was almost a physical sense of loss in the room, as though he had been there. That has continued. There’s been a hole in the room.”

Everyone wanted to learn more about Shepard and share what they learned at rehearsals. “We start each day checking in and roping,” Marsh said. “We all learned how to lasso – that was Mel’s idea – and we’re all pretty good at it. We say how we’re doing, and while we’re talking, we lasso the bedpost. We each take a turn. It increasingly became, ‘I was reading this article,’ ‘I was doing this research,’ ‘I found this quote,’ ‘I found this interesting thing, and it informs me about this part of the show.’ Especially for the first week after his death, almost everything about our check-ins was about Sam Shepard. It spoke to how much we were thinking about him individually, outside of rehearsals, on our own time, reading up on him and his life and his legacy.

“It’s always a privilege to perform a work that’s a modern classic. You want to do more than justice. You want to honor the playwright in some way. Even with our tiny production, in our little theater. We would be working as hard as possible to get it right no matter what, but something like this elevates your production. It elevates all of your senses and your awareness.”

Tonight (Thursday, Aug. 24) at Common Good Books: Jon Lauck presents “From Warm Center to Ragged Edge: The Erosion of Midwestern Literary and Historical Regionalism, 1920-1965.” Have you ever felt a little embarrassed about living in or being from the Midwest? Eight of the 11 first winners of the Pulitzer Prize for Fiction were Midwesterners. In the years following the Civil War, it was widely believed that the Mississippi Valley would become the dominant culture of the United States. So – what happened? How did the Midwest become flyover land, scorned by the coasts? Lauck, a historian, explores the reasons and invites us to take another look at ourselves and why we matter. 7 p.m. Free. 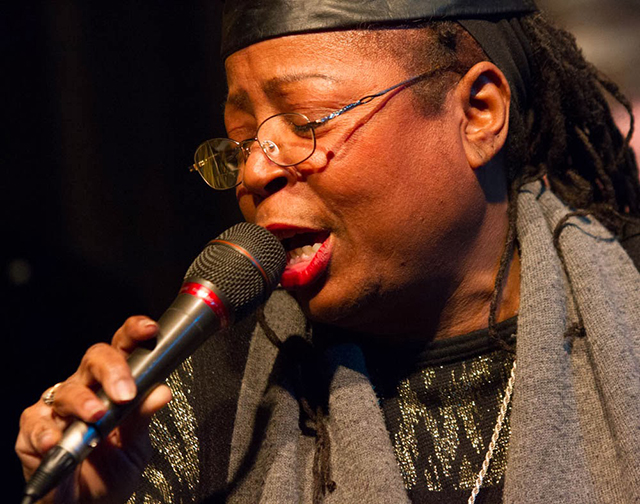 MinnPost photo by John Whiting
Debbie Duncan will record her latest album tonight at the Dakota.

Tonight at the Dakota: Debbie Duncan Live Album Recording. Duncan is often called the Twin Cities’ First Lady of Song, a title she deserves. She’s one of the finest singers here or anywhere. She can sing anything from ballads to be-bop, and she means what she sings, giving her the power and charisma to hold a room. Duncan recorded her debut album at the old Dakota in Bandana Square 24 years ago; she’s calling this one “Full Circle,” to signify her return. 7 p.m. FMI and tickets ($20).

Friday at the Guthrie: “Anthems for Community.” This free event is for anyone who wants to stop by. One of Guthrie artistic director Joe Haj’s “happenings” – periodic and timely events immediately relevant to the world around us – it will celebrate the diversity of our community. Remarks from Guthrie leadership will be followed by 10 brief performances by Guthrie artists and staff: songs, readings and anthems meant to lift us up. “Songs and poetry have frequently provided the rhythm and the heart of social change-making in our country,” Haj said in a statement, “and we know that this process of creating change is not over, made painfully clear by recent events in Charlottesville.” 5:30-6:30 p.m. in the first-floor lobby, followed by cookies and lemonade on the lawn.

Starts Friday at the Film Society’s St. Anthony Main Theatre: “Czech That Film.” What’s happening in contemporary Czech cinema? “Czech That Film” takes you there. This year’s offerings include dark comedies (“The Tiger,” “The Teacher”), a stop-motion animated Hans Christian Andersen adaptation (“Little from the Fish Shop”), an art-house film based on a mass murder (“I, Olga Hepnarova”), a psychological thriller (“The Noonday Witch”) and a family crime drama (“The Snake Brothers”). As a bonus, the Film Society will also screen HBO Europe’s ambitious 8-part miniseries “Wasteland” in its entirety. Everything is in Czech with English subtitles. FMI including times, tickets and trailers. Ends Aug. 31. 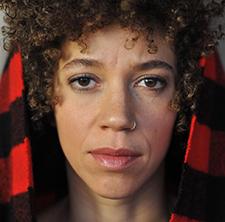 Saturday at Franconia Sculpture Park: Chastity Brown. Her album release for “Silhouette of Sirens” sold out the Fitzgerald Theater in June. See her for free at Franconia, one of our state’s treasures. The concert takes place in the park’s Earthen Amphitheatre, with opening act Tim Mahoney. You’ll want to take time to walk the paths and look at the art, as well as enjoy the music. Parking costs $5; food and drink are available. 2-6 p.m.

Lassoing bedposts and honoring Sam Shepard: on the eve of Dark & Stormy’s ‘Fool for Love’