The Guthrie has extended “Native Gardens” another week, and that’s a good thing, because it’s a perfect summer play. It has sharp, witty writing, lots of laughs, a strong cast, a beautiful set, a sense of currency and immediacy, and an ideal summer length: 90 minutes, no intermission. Everything about it clicks and hums.

The new play by Karen Zacarías had its world premiere just last year in Cincinnati. (The director there, Blake Robinson, is also the director here.) Zacarías is currently the most-produced Latinx playwright in the country, and one of the most-produced women playwrights, with several plays under her belt and awards to her credit. “Native Gardens” is her Guthrie debut, and if Tuesday night’s audience response and the extension are reliable indicators, we’ll see her again.

In a time when everything about America seems fractured and people can barely speak to each other, “Native Gardens” makes new neighbors of an older, wealthy, Republican white couple, Frank and Virginia Butley (Steve Hendrickson and Sally Wingert) and a young, up-and-coming, Democrat Latino couple, Pablo and Tania Del Valle (Dan Domingues and Jacqueline Correa). It gives them much to disagree about: gardening styles, pesticides, insects, generational attitudes, fences, and a property dispute. As happens so often today, everyone thinks their position and perspective are right and righteous. Everyone says the wrong things.

Early on, Virginia Butley makes what she thinks is a flattering reference to the Del Valles’ “rich Mexican heritage.” Problem is, Tania is New Mexican, going back several generations, and Pablo is Chilean. When Virginia tries to draw a sympathetic connection between her own struggles as a female defense contractor and Pablo’s as an immigrant attorney, she can’t help asking, “Are you the token?” and exclaiming “Believe and be fearless, amigo!” And so on.

Awkward but earnest attempts at neighborliness fall apart when the Del Valles discover that the Butleys are using two feet of their property for Frank’s flower gardens. Someone erected an ugly chain-link fence in the wrong place ages ago. The Butleys never meant to encroach, but they’ve been doing it for years and now they feel entitled. Plus the annual gardening competition is fast approaching, and Frank’s chief desire in life is to take first place. Meanwhile, the Del Valles are determined to build a new fence on their legal property line in time to host a barbecue for Pablo’s law firm. Building the fence means destroying one of Frank’s flower beds.

If it all sounds a bit “Dick Van Dyke” or “I Love Lucy” or name-that-sitcom, it is. And that’s OK. Because a warm-hearted comedy like this can throw around the isms – racism, ageism, sexism, classism, narcissism, and terms like “white privilege,” “colonialist,” and the hilarious “botanical xenophobia” – with relative impunity. Tensions flare, but intentions are good, and neither couple ever shuts down and stops listening. If we take that out the door with us, along with the airy delight of 90 minutes away from the news and the headlines, that’s a lot to like in any season.

In the Heart of the Beast Puppet and Mask Theatre can move forward with big plans for its Avalon Theater home, thanks to a $275,000 gift from the Sarah Bowman Trust.

Bowman, who died in 2016, was a longtime supporter of HOBT and a regular part of the “Sun Flotilla” that carries the Sun Puppet across Powderhorn Lake on May Day. Because of her gift, HOBT will be able to work toward building a more resilient organization and rebranding its Avalon Theater home as a neighborhood art center.

The organization will use Bowman’s gift to jumpstart a $3 million capital campaign that will allow it to update the aging and distressed building, improve accessibility, and condense its own programming into 20 weeks of the year, leaving 30 weeks for arts programming and events that serve the surrounding neighborhoods.

None of the gift will be used to balance the current operating budget, HOBT was quick to point out in a statement online. Although the organization experienced a financial crisis in 2014, it will complete the current fiscal year on target and has a balanced budget for the coming year.

In mid-July, author Sherman Alexie canceled most of his current book tour. His new book, “You Don’t Have to Say You Love Me,” is a memoir mostly about his relationship with his late mother, a woman he described as “brilliant, funny, beautiful, generous, vindictive, deceitful, tender, manipulative, abusive, loving, and intimidating” in a now-famous Facebook post. The tour had proved too sad and exhausting, too nonstop, and he wanted to go home. So he canceled most of the rest of it.

But not, lucky for us, his Talking Volumes appearance on Thursday, Sept. 14, at the Fitzgerald Theatre. That date has been re-confirmed, and tickets remain ($23-50 VIP). Act fast.

Tonight (Thursday, Aug. 10) at Magers & Quinn: Translator Jordan Stump presents “My Heart Hemmed In” by Maria NDiaye. It’s easy to forget that without translators, most of us would never read many of the world’s great books. So let’s hear it for the translators. Stump specializes in innovative French literature; NDiaye was a 2013 Booker Prize finalist and has won the Prix Goncourt, the highest honor a French writer can receive. 7 p.m. Free. BTW the 40th Anniversary Conference of the American Literary Translators Association (ALTA) will take place in Minneapolis this fall (Oct. 5-8). 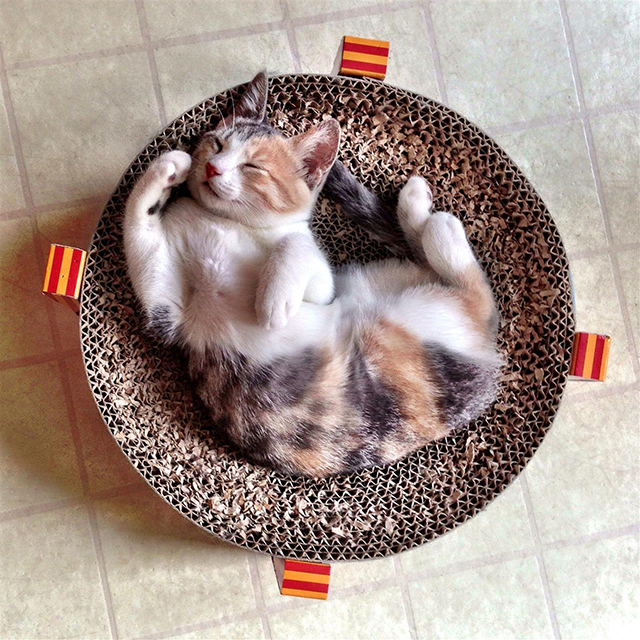 Courtesy of the MPLS Photo Center
“The Tao of Catnapping,” by Kimberly Cope, Archival Inkjet Print

Friday at MPLS Photo Center: Opening reception for “Companionship: In Celebration of Animals.” Because … animals. 6:30-9 p.m. Closes Sept. 17. On a more solemn note, “Bridge,” the exhibit of Vance Gellert’s photographs chronicling the collapse of the 35W bridge ten years ago, is also on display and closes Saturday, Aug. 12.

Friday through Sunday at the Minnesota State Capitol: Grand Opening Celebration. After four years, $310 million and heated debates about some of the art in its extensive collection, the Cass Gilbert-designed “people’s house” is throwing a weekend-long party for the people, with tours every half-hour and a jam-packed entertainment and events schedule. Be super-ambitious and get there early Friday (7:30 a.m.) for yoga and breakfast on the lawn. See the once-in-a-lifetime ribbon cutting on  the south steps at 9 a.m. and the chandelier lighting at 8 p.m. Enjoy Deborah Elias and the Coro Flamenco Street Choir, the Minnesota State Band, the Haitian dance, music and arts company Afoutayi, the Hmong dance team Tub Ntxhais Tsaj Lij, the Jackson 5-inspired family band Nunnabove, Northland Community Schools Drum and Dance, and a Prince dance party with DJ Dudley D, and that’s just Friday. Cloud Cult and Poliça perform Saturday at 7 p.m., followed by fireworks; Sounds of Blackness at 6 p.m. Sunday. It’s all privately funded and free to the public. FMI including a daily schedule. 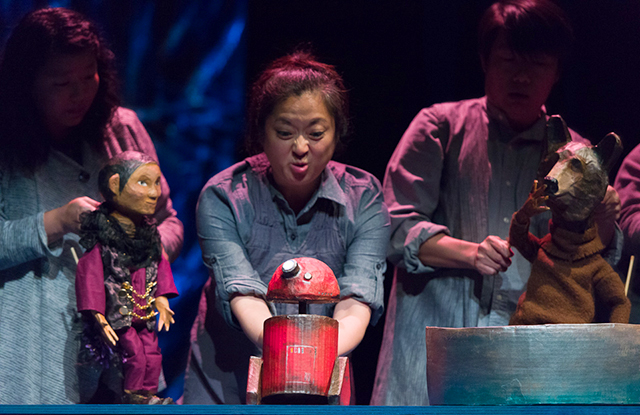 Sunday at Crooners: Warren Vaché. Located in a former supper club in Fridley, which some Twin Cities music fans consider woefully out of the way (honest, it isn’t), Crooners is doing some powerful programming of big-name artists from elsewhere. Vaché, master of the trumpet, cornet and fluegelhorn, is one of the greats; he’s a regular at the Metropolitan Room in New York City, and his résumé includes years of playing with Rosemary Clooney, Benny Goodman, Hank Jones, Gerry Mulligan, Woody Herman, Bobby Short and Benny Carter. 7:30 p.m. in the intimate Dunsmore listening room. FMI and tickets ($20 show, $45 prix fixe dinner show).

What’s the wildest, craziest idea for opera you can think of? How about a sing-off with six young sopranos, at a boxing gym in northeast Minneapolis, with a panel of celebrity judges including Dessa and a Grammy-winning Metropolitan Opera star? The “Diva Cage Match” will take place Oct. 28 at the Uppercut Boxing Gym. The brain child of David Lefkowich, co-founder of Out of the Box Opera and director, most recently, of Mill City Summer Opera’s sold-out run of “Maria De Buenos Aires,” explains the concept as “world-class singing presented as a fusion of professional sports and TV talent contest.” The boxing theme reminds us that opera singers are athletes, too. Whatever, this can’t possibly be anything but a wildly fun time, with really good singing and a cash bar. FMI and tickets ($30 general admission, $60 ringside reserved).

‘Native Gardens’ is a perfect summer play; we’re all invited to the Capitol’s Grand Opening