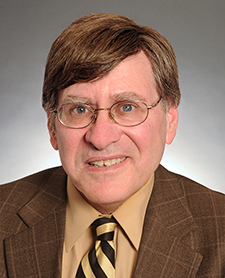 In case you missed the arts news out of Washington: On Friday, Minnesota Sen. Dick Cohen, DFL-St. Paul, and all other remaining nongovernmental members of the President’s Committee on the Arts and Humanities resigned en masse after President Donald Trump’s response to events in Charlottesville, Virginia. A strongly worded letter makes mention of “false equivalencies,” “hateful rhetoric,” West Wing advisers sitting “idly by” and “speaking truth to power.” The first letters of the five paragraphs and the closing spell out R-E-S-I-S-T.

The President’s Committee was formed in 1982 under President Ronald Reagan to advise the White House on cultural issues. It had never convened under Trump. Other members who resigned were artist Chuck Close, who has had a long relationship with the Walker Art Center; actor Kal Penn; author Jhumpa Lahiri; and Jill Cooper Udall, the former head of cultural affairs for New Mexico.

On Friday afternoon, the White House issued a statement saying a decision was made “earlier this month” to disband the committee. “While the committee has done good work in the past,” the statement read, “in its current form it is simply not a responsible way to spend American tax dollars.” According to Politico, “prior to Friday, no word of this was given to committee members, staff or any of the stakeholder agencies. … No evidence was provided that the White House timeline is accurate.” Penn tweeted, “LOL @realDonaldTrump you can’t break up with us after we broke up with you LMFAO.”

On Saturday, the White House announced that President Trump and the first lady will skip the annual Kennedy Center Honors, scheduled for Dec. 3. The traditional White House reception for the honorees before the event will not take place.

The 2017 honorees – dancer and choreographer Carmen de Lavallade, singer-songwriter and actress Gloria Estefan, hip hop artist LL Cool J, television writer and producer Norman Lear, and musician and record producer Lionel Richie – were announced on Aug. 3. Later that day, Lear said he would not attend the White House reception. Last Friday, Lavallade said in a statement to the Washington Post that she would be declining the White House invite. Richie said he would “play it by ear.”

White House press secretary Sarah Huckabee Sanders said in Saturday’s statement that “the President and First Lady have decided not to participate in this year’s activities to allow the honorees to celebrate without any political distraction.” The Kennedy Center responded, in part, “We are grateful for this gesture.”

This will be the first time in the history of the Honors that a president or first lady will not be present at the show, to be broadcast nationally on CBS at a later date. The celebration also includes a State Department dinner the night before; no word about that, so it’s presumed it will happen, hosted by Secretary of State Rex Tillerson. This is also the first time honorees have said they would not attend the White House reception. In the words of a Washington Post headline: “The Kennedy Center Honors: Apolitical no more.”

Minneapolis is not Chicago, with its Picasso and Miro sculptures, Marc Chagall mosaic and big shiny “Bean.” But we have a lot of public art –more than most of us know – and the city and the Minneapolis Park and Recreation Board have just made it easier for us to find it and enjoy.

Launched last week, the Minneapolis Public Art Tours website includes six interactive, self-guided map tours of some 300 works of publicly owned art in the city. The tours are divided into areas – North, East, Downtown, Southeast, South and Southwest – with estimated biking, driving, and walking times provided. A seventh tour, Nicollet, will be added once the mall is complete. 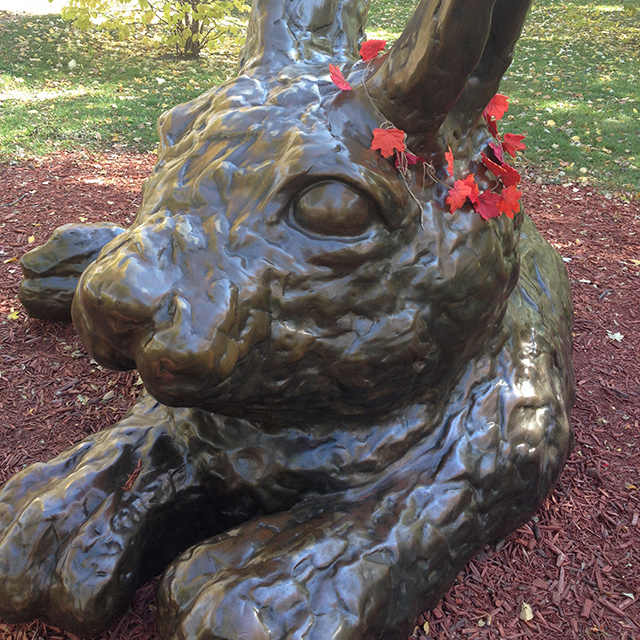 MinnPost photo by Andy Sturdevant
Jeff Barber’s “Cottontail on the Trail” is probably the best-known piece of art along Minnehaha Creek, located near Portland Avenue.

The tours include photographs and descriptions for each work – what it’s called, who made it, when, what it’s made of. In the mood for a big Minnesota granite sculpture? Check out John Daniels’ “Pioneers” (1936) in B.F. Nelson Park at 416 Main St. NE. Did you know we have a bronze sculpture of Abraham Lincoln? We do, in the garden between N. 44th and 45th Avenues, N. Xerxes and Victory Memorial Drive. Have you wondered about the woven metal torch-like sculpture on the 3rd Ave. bridge between E. 16th and 17th streets? It’s called “Beacon,” it’s a tribute to former Minneapolis Mayor Sharon Sayles Belton. And what about that odd-looking bronze rabbit along Minnehaha Parkway just east of Portland? Neighbors love Jeffrey Barber’s “Cottontail on the Trail.”

Now you know what to do on a day off, or where to take out-of-towners. As you’re Instagramming your adventures, use #TourMplsArt.

Announced in June, the Max Ritvo Poetry Prize is the most lucrative first-book prize in the nation: a $10,000 cash award plus publication by Milkweed Editions in April 2018. The prize is named in honor of Max Ritvo, a young poet of enormous promise who died in August 2016, shortly before his first collection was published by Milkweed. The judge is Pulitzer Prize finalist Henry Cole. Submissions close Aug. 31, and that’s next Thursday. FMI.

Tonight (Tuesday, Aug. 22) at the Film Society’s St. Anthony Main Theatre: “Maudie.” A sweet and touching film based on a true story about an intelligent young woman (Sally Hawkins), hunched from arthritis, with crippled hands, who becomes a housekeeper for bachelor Everett Lewis (Ethan Hawke). Set in coastal Nova Scotia, it’s been winning rave reviews. Richard Roeper of the Chicago Sun-Times called it “one of the most beautiful and life-affirming and uplifting movies of the year.” Tuesdays mean $5 tickets. Date night, anyone? FMI including trailer, times and tickets.

Wednesday at Barnes & Noble HarMar Mall: William Kent Krueger introduces his newest Cork O’Connor book, “Sulfur Springs.” Squeeze in some more summer reading: #16 in the best-selling series about the part-Irish, part-AnishinaAe Indian, former Chicago cop living in the north Minnesota woods. If you want to have a book signed, pick up a numbered voucher any time after 9 a.m. A voucher won’t guarantee seating, and seating is limited, but it will get you a place in the signing line. 7 p.m. Free. 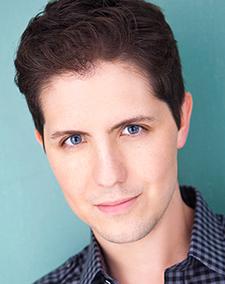 Thursday at the Brave New Workshop ETC: Rob Asaro: “Made in America.” Storytelling, interactive theater, and absurdist content combine in an unconventional drama/comedy developed over the past several years in New York City. One night only. Doors at 6 p.m., show at 7. FMI and tickets ($16).

Thursday at the Walker: Rep. Keith Ellison and guests: Community Forum: Save the Arts. What good do the National Endowment for the Arts, the National Endowment for the Humanities, the Institute of Museum and Library Services and the Corporation for Public Broadcasting do here in Minnesota for Minnesotans? Ellison will talk about the federal programs that fund the arts and humanities in our state, and local recipients of federal funding will show us what they’ve done with it, including Asian Media Access, Anishinaabe rapper Tall Paul, the Midwest Art Conservation Center, Mixed Blood Theatre, poet Sun Yung Shin and PRI, producer of popular NPR programs. This event will be held outdoors in the Upper Garden. Bring a blanket. (It will be held indoors if it rains.) 6 p.m. FMI. Free.

Friday at Darby’s Pub & Grill: Paul Metsa and Friends: Blackie’s Memorial Woof-E-Nanny. Hailing from the Iron Range, Metsa – a singer, songwriter, storyteller, bluesman, and author of “Blue Guitar Highway,” a remarkable memoir – has been a force on the Minneapolis music scene for decades. He’s also a big-time dog lover, and the recent death of his beloved Blackie nearly broke his heart, and the heart of anyone who read about it on Facebook. This dog-friendly event on Darby’s patio will benefit Homeward Bound Dog Rescue. 5-8 p.m. $10 suggested donation.