The 2017 Sally Awards will be touched with sadness and loss. J. Otis Powell‽, recipient of this year’s Commitment Award, died Monday from complications of kidney disease. Many of us learned of his death in a Facebook posting by Arleta Little of the McKnight Foundation, who wrote simply, “J. Otis Powell! Rest in power, my dear, dear friend.”

We last saw him at the Guthrie in July, at a Blackout show during the New Griots Festival. He was sitting in the front row, right where he belonged.

The news of his passing drew testimonials. From spoken word artist Guante: “How many of us here in MN can trace our careers back, in some shape or form, to the work that he’s done, the doors that he opened?” From poet and Loft program director Bao Phi: “We lost another cornerstone, a great artist who built much of what we stand on today, and who continued to build – with innovation, with a fearless heart, with a bold voice.” From hip-hop and spoken word artist Desdamona: “Honest. Supportive. Fierce. Creative. One of the first people to give me critical and constructive feedback and support me in my writing and performance.”

To filmmaker and spoken word artist E.G. Bailey, Powell‽ was mentor, teacher, collaborator, friend and father figure. The two first met in the mid-1990s through the performance group Sirius B. “He and I just hit it off,” Bailey recalled on Tuesday afternoon. “We would talk for hours on the phone, I would hang out with him, and he asked me to work with him on ‘Write On Radio!’ That was the first real spoken word radio show.

“He was instrumental in helping us start the MN Spoken Word Association, then became a big part of it, teaching, going into the schools and doing performances. He taught me to value the art form, what it meant and the impact it could have. … He was a catalyst. He would connect people to other people. He would give people performance opportunities and inspire them to have the confidence to perform. … He was fearless. He would get on stage and improvise. It wasn’t about being perfect; it was about being in the moment. He showed us how to do it – how to take chances and not be afraid. I called him the Original Griot.”

Powell‽ especially loved performing to live music; you can hear an example from “Balm!,” an album released in 2012 on Bailey’s label Speakeasy Records. “J. Otis was a jazz head,” Bailey said. “He wanted to be out with the cats and go out as far as you could. He loved the avant-garde jazz most people can’t stand to listen to for more than five minutes. His biggest inspiration was John Coltrane.” Shortly before he died, Powell‽ sent Bailey a draft of something new he was writing. “He was working on a piece called ‘The Music Formerly Known as Jazz.’ ” Bailey laughed. “You know, like ‘The Artist Formerly Known as Prince.’ Something you can’t contain within a name.”

Powell‽ once signed his own name with an exclamation point. Sometime in the 2010s, he changed that to an interrobang, a nonstandard punctuation mark that combines a question mark with an exclamation point. That piqued the curiosity of Rain Taxi editor Eric Lorberer, who sought Powell‽ out, which led to the chapbook “Pieces of Sky,” published by Rain Taxi in 2014. When Lorberer asked about the change, Powell‽ said, “The exclamation point was too didactic. I’m at a point in my life now where even if I’m passionate and committed to something, there’s still that question, because I learn how much I don’t know every time I learn anything.”

There will be a memorial service, and likely a community celebration. We’ll share what we hear about those. Meanwhile, the Sally Awards are set for Monday, Oct. 16 at the Ordway. Many people who knew Powell‽ were already planning to go. “We were all looking forward to being there and celebrating with him,” Bailey said. “A lot of us are going still to be there for him, in his absence.” This is a free public event, but seating is limited. Make a reservation here.

Beau and Emily Bridges to bring two-person play to Illusion

First things first: This event is one night only and free, but tickets must be reserved by phone at 612-339-4944, extension 200. There are no online reservations. 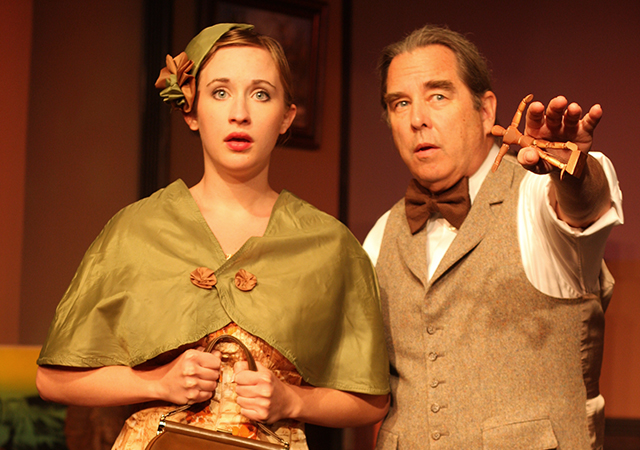 Courtesy of Emily Bridges
Emily Bridges and Beau Bridges will give a staged reading of “Acting: The First Six Lessons” at Illusion Theater.

The play is based on a 1933 novel by Richard Boleslavsky about an acting teacher who gives a student instructions in acting and in living. Famed TV-film actor Lloyd Bridges, Beau’s dad, gave copies to each of his children when they decided to go into show business; Beau later passed his on to Emily, and together they made a play. The original 2010 performance in Los Angeles earned raves.

The staged reading takes place at 7:30 p.m. on the eighth floor of the Cowles Center. It will be followed by a post-show discussion and book signing with Beau and Emily.

No more Transmission at Club Jäger; HUGE in a tough spot

Once more, DJ Jake Rudh will have to find a new home for Transmission, his popular weekly dance night held Wednesdays at Club Jäger. (It’s so popular that several couples have met there and later married.) Soon after City Pages broke the news Tuesday that bar owner Julius De Roma had donated $500 to David Duke’s 2016 Senate campaign, Rudh posted this on Facebook:

Transmission will not be taking place this Wednesday at Clubhouse Jager. Nor will it ever take place there again.

Like many of you, I was shocked and appalled to hear the news about the venue’s owner this morning.

I refuse to stay at a venue where the owner supports the likes of David Duke and his messages of hate.

I thank all of those who have come to the venue to support myself, Transmission and it’s hardworking staff. This is not the end of the weekly dance night, but it very much is at Clubhouse Jager.

Bigotry, hate, violence, and racism has no place at Transmission or anywhere on this planet.

Duke is a proud and notorious racist. A former leader of the Ku Klux Klan, he showed up in Charlottesville, Virginia, for the “Unite the Right” rally and appeared in the now infamous VICE News Tonight episode “Charlottesville: Race and Terror.”

The next Transmission was scheduled for tonight (Wednesday, Aug. 30) starting at 10 p.m. The Facebook page for that event has been replaced with an error message. 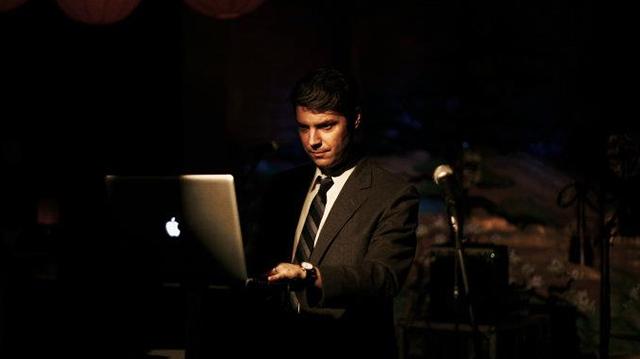 Rudh is also the host of the Current’s weekly radio show “Transmission,” which airs on Thursdays at 10 p.m.

Caught in the crossfire of the Club Jäger news is HUGE Improv Theater in Minneapolis. The venue HUGE rents at Lake and Lyndale, where performances are held and classes are taught (and which recently served as a venue for the Minnesota Fringe), is also owned by De Roma. City Pages reported this as well and later added the sentence, “De Roma has no direct involvement with either business outside of his role as landlord.”

HUGE’s Facebook page lit up with posts from staff, members, defenders and fans, who were as surprised as the rest of us. Although De Roma collects the rent, he clearly has no influence on the programing of a venue that is famously forward-thinking and inclusive. But the news put HUGE in a tough position. On Tuesday afternoon, the board released a strongly worded statement.