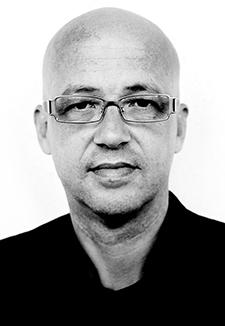 The State Fair is under way. Kids are heading back to school. The leaves are starting to change. And here come the author series. We’ve already told you about the Friends of the Hennepin County Library’s Pen Pals; Talking Volumes, produced jointly by the Star Tribune and MPR; and the UMN English Writers Series (with its three MacArthur fellows). Talk of the Stacks, also from the Friends, started in the spring; it has two more events still to come, including the launch of Star Tribune music writer Chris Riemenschneider’s new book about First Ave. on Nov. 2.

No series works harder to bring best-selling, award-winning authors to the people – for free – than the Metropolitan Library Service Agency. Now in its eighth year, MELSA’s Club Book works with all eight library systems in the seven-county metro area, giving everyone a chance to hit their local library for a night with a famous author. This year’s season includes a No.1 New York Times best-selling romance writer, a 2017 Pulitzer Prize winner and a Norwegian crime novelist who set his renowned trilogy in northern Minnesota. If you can’t make it to an author you especially want to see, no worries. Since 2014, every event has been available as a podcast soon after.

Ten authors will touch down at ten libraries from Chanhassen to Stillwater, Anoka to West St. Paul.

Thursday, Sept. 14, at Chanhassen Library: P.J. Tracy. Fans know this is the pseudonym of Patricia (P.J.) and Traci Lambrecht, the mother-daughter team behind the internationally best-selling Monkeewrench mystery series. P.J. died in 2016; Traci’s “Nothing Stays Buried” is her first solo Monkeewrench outing. Tuesday, Sept. 19, at Stillwater Public Library: Susan Elizabeth Phillips. The latest from the “absolute queen of contemporary romance” is the No. 1 New York Times best-seller “First Star I See Tonight.” Monday, Oct. 2, at Brookdale Library (Brooklyn Center): Lesley Nneka Arimah. In a rare author series crossover, the O. Henry prize-winning Nigerian-American author of “What It Means When a Man Falls from the Sky” is also on the UMN series in September. Not that this is a problem.

Monday, Oct. 9, at Highland Park Library: Vidar Sundstøl. The Norwegian author of the “The Land of Dreams,” “Only the Dead” and “The Ravens” – three crime novels set in Minnesota – will present the English language debut of “The Devil’s Wedding Ring.” Thursday, Oct. 19, at R.H. Stafford Library (Woodbury): Dave Page. His “F. Scott Fitzgerald in Minnesota: The Writer and His Friends at Home” is a lavishly illustrated, expertly written house-by-house guide to the Summit Avenue Fitzgerald knew and loved. Oct. 25 at Rum River Library (Anoka): David Housewright. The Edgar-winning, Minnesota-based thriller novelist will discuss his newest Mac McKenzie mystery, about an unsolved murder in New Brighton. 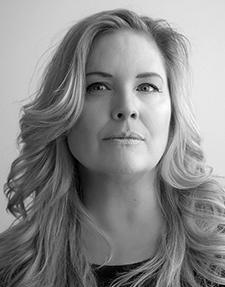 Wednesday, Nov. 1, at Roseville Public Library: Shawn Otto. Meet the science activist and two-time Minnesota Book Award-winning author of “The War on Science: Who’s Waging It, Why It Matters, What We Can Do About It” and “Fool Me Twice: Fighting the Assault on Science in America.” Tuesday, Nov. 7, at Wentworth Public Library in West St. Paul: Heather Ann Thompson. The acclaimed writer and prison reform advocate won a 2017 Pulitzer for “Blood in the Water: The Attica Prison Rebellion of 1971 and Its Legacy.” Wednesday, Nov. 8, at Prior Lake Library: Allen Eskens. The former defense attorney has a new career as a successful novelist and creator of homicide detective Max Rupert, who returns in “The Deep Dark Descending,” out in October. Tuesday, Nov. 14, at Rondo Community Library in St. Paul: Edward Kelsey Moore. The author of the breakout hit and New York Times best-seller “The Supremes at Earl’s All-You-Can-Eat” is back with a sequel, “The Supremes Sing the Happy Heartache Blues,” ending Club Book’s fall season on a feel-good note.

Most Club Book events are at 7 p.m.; a few are at 6:30. Doors open 45 minutes earlier. Seating is first-come, first-served. Authors’ books are available for sale and signing. FMI.

Another sign that winter, um, fall is coming: It’s the last week of Music & Movies in the Parks, Minneapolis’ summer-long series of free entertainment. (Actually, the movies are over; from here on, it’s all music.) At the Lake Harriet Bandshell, enjoy concerts every day through Monday, Sept. 4, including an Elvis tribute, a Van Morrison tribute and a Tom Petty tribute. Here’s the complete schedule.

Tonight (Thursday, Aug. 31) at the Alexander Ramsey House: History Happy Hour: Martinis. Best idea ever. In the historic setting of the Victorian-era home built by Minnesota’s first territorial governor, Jesse Held, bar manager at Parlour and Coup d’Etat in Minneapolis and founder of the North Star Bartenders Guild, will prepare handcrafted martinis while sharing the history behind the classic cocktail. Offered twice: 5:30 p.m. and 8:30 p.m. 21+. FMI and tickets ($25/20; includes two drinks and snacks).

Friday at the Landmark Center: Opera Screening: Chaya Czernowin’s “Pnima  … ins innere.” New music doesn’t get much newer than this. Based on the novel “See Under: Love” by Israeli author David Grossman, Czernowin’s opera deals with the way we react to a traumatic experience – in this case, the holocaust, seen from the point of view of children of survivors. There’s no libretto, no plot, only “mental situations.” The two actors on stage don’t sing or speak; the vocal and instrumental soloists are on the sides of the stage. Presented by 113 Composers Collective and the American Composers Forum. 7:30 p.m. in Suite 522 (ACF’s offices). Free. Popcorn and beverages will be provided. Note: Please enter at the 5th Street (south) entrance. Take the staircase to your immediate right to reach the elevators via the basement, because there will be a wedding taking place at street level.

Saturday at Camp Bar: “It Can’t Happen Here.” If you missed the sold-out production at the Fringe, you’re in luck. The staged reading is an adaptation of the Federal Theater Project’s 1935 production of Sinclair Lewis’ anti-fascism novel, a dark tale that imagines the rise of populist demagogue Buzz Windrip to president of the United States. Adapted by Kit Bix, directed by Bryan Bevel, performed by the original Fringe cast. One performance only, at 7:30 p.m. FMI and tickets ($25/15). Profits from ticket sales (after overhead) will be donated to the Southern Poverty Law Center.

Tuesday at the Black Dog: Donte Collins and Danez Smith Joint Book Release. Collins’ incredibly powerful poem “what the dead know by heart” led to his being named the Most Promising Young Poet of 2016 by the Academy of American Poets. Earlier this year, he became the first-ever Saint Paul Youth Poet Laureate. Smith is a winner of the Lambda Literary Award and the Kate Tufts Discovery Award. Both have new books coming out: Collins’ “Softer” from TruArtSpeaks/Arcata Press, Smith’s “Don’t Call Us Dead” from Graywolf. Hosted by Tish Jones and Keno Evol, the event will also feature Sarah Ogutu and Hieu Minh Nguyen. 7 p.m. Free.

Got Showtime? Know anyone who does? The premium cable channel has acquired Prince’s 1987 concert film “Sign o’ the Times” and will premiere it at 8 p.m. on Saturday, Sept. 16. Directed by Prince, filmed mostly at Paisley Park, it has been out of print in the U.S. since 1991. Music journalist Robert Christgau has called it a contender to “Stop Making Sense” for the greatest rock concert movie ever. 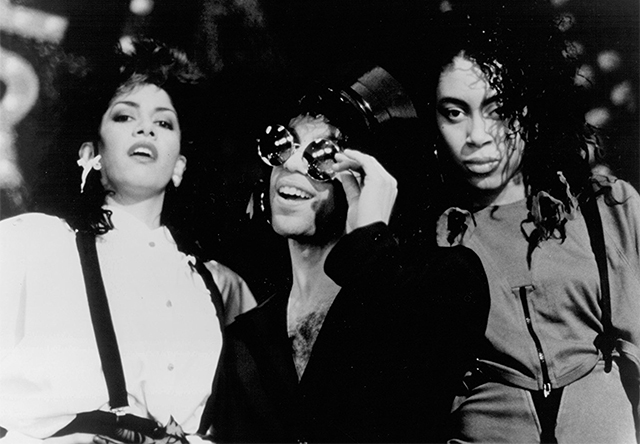 Cineplex-Odeon Films
Sheila E., Prince, and Cat in a scene from “Sign o’ the Times.”