Quincy Jones (most of us know who he is) called Boulanger “the most astounding woman I ever met in my life.” Composer Ned Rorem described her as “the most influential teacher since Socrates” and wondered, “Am I the only living expatriate American composer who never studied with Nadia Boulanger?”

Do a Google search for “studied with Nadia Boulanger” and settle in for a long scroll. Her students came from all over the world and numbered in the thousands. To name a few: Aaron Copland, Virgil Thomson, Leonard Bernstein, Elliott Carter, Philip Glass, Daniel Barenboim, Stanislaw Skrowaczewski, Astor Piazzolla, John Eliot Gardiner, Yehudi Menuhin, jazz trumpeter Donald Byrd, musical polymath Jones and Joe Raposo, who wrote more than 3,000 songs for “Sesame Street.”

The phrase “studied with Nadia Boulanger” is all most people know about the Frenchwoman who was also a musician, composer, arranger, critic, Stravinsky’s editor, and the first woman to conduct the New York Philharmonic and Boston Symphony orchestras. She shaped a century of musical thought and the sound of the modern world.

If you want to know more, Fisher will school you. Her new play, “Nadia,” will have its world premiere on Sunday and Monday, Sept. 17 and 18, in MacPhail’s Antonello Hall.

Christina Baldwin will play the role of Boulanger. Steven Epp will direct. Chamber music selections woven throughout – by Fauré, Chopin, Bach, Stravinsky, Copland, Boulanger and her sister, Lili – will be performed by pianist Michael Kim and Bakken Trio members Stephanie Arado, violin, and Pitnarry Shin, cello. It will be a class act.

We spoke with Fisher about her passion for Boulanger and how she came to write her first play.

MinnPost: What sparked the idea of a play about Nadia Boulanger?

Mina Fisher: When I quit the Minnesota Orchestra [in 2012], I started teaching. I really liked teaching, and I thought – I want to be good at this. I started researching the great teachers. There’s not a lot in print. It’s all handed down, one by one. You go to master classes, and that’s how you learn. I asked a lot of people, and everyone always said, “You should look up Nadia Boulanger, because she’s the one.”

I read a biography [by Léonie Rosenstiel] and approached Stephanie Wendt, a pianist who created a one-woman play about Clara Schumann [“Clara’s Visitor”] and took it everywhere, and said, “Stephanie, this is someone you could really get your teeth into.” We talked about it for a couple of years, and then she moved to Sweden. But I still had the biography, and Nadia’s picture on the back is like my grandmother, and I kept seeing it. 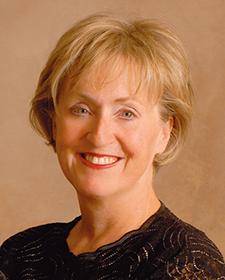 I met with Christina Baldwin and asked if she would be interested, but she didn’t have the time. In May 2016, it rained so much that I just started writing it myself. At the end of June, I went to Paris and did some research, took pictures of manuscripts that aren’t in print anymore, and got some more ideas.

MP: Had you written a play before?

MP: How did you start?

MF: Process. I went through the biography, and yellow highlit everything interesting that described her. And put all the quotes in pink. I thought – what is it I want to say about her? Which parts of her life story do I want to put out there? Her father died when she was 13. Saint-Saëns would never give her a job. Stravinsky didn’t give her the time of day in his autobiography, and she did everything for him.

I had a student whose mother teaches playwriting, and we bartered. We would have sessions and read my play, and I would coach her son. I did more research and more writing. Then Steven Epp got involved, and I had to go back in and rewrite.

MP: What were some of the challenges of creating the character of Nadia?

MF: Nadia was kind of straitlaced. Her humor didn’t show. Part of the difficulty in constructing an interesting piece about someone who is so inner and reserved is you have to read between her lines to know what she was feeling. You have to create feelings for the audience to empathize with.

Nadia was a product of her parents and her age. She was brought up by a Russian princess who had been dispossessed. But they lived by Pigalle, and there were all these whores in the street, so she was always keeping the children away. They were brought up very closed and went to Mass every day. Everybody wrote music and played music all day long. That’s all they did. The servants called the family a “music factory.” I think she was taught to hide her inner emotions. In the play, she talks about growing up with “Le Grand Silence,” the great silence. Emotions were kept behind wraps. She was brought up not to be Greek, not to be Mediterranean. Very modest.

MP: What do you think was Nadia’s greatest gift as a teacher?

MF: She expected from her students absolute control and mastery of technique. At the same time, she gave absolute permission and confidence to composers to pursue their own dreams. It was both at once. A lot of teachers do one or the other. When you work with a master teacher, you basically learn their way, and then you go off and pursue your own way after you leave them. 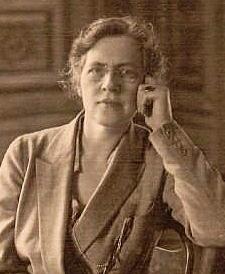 I think her gift was for consistency. She could analyze and see consistency of style, and she would say, “No, this doesn’t work. I can see what you’re going for, and this is what you need to change.” She could see their dream, their musical vision, and identify what was best about their own work and give them permission to go further in that direction.

I think because she was a woman, she was not connected to her own egotistical vision of what music had to be, and she was more willing to help others be their own person.

MP: How has writing this play affected your own teaching?

It’s like being a parent. You watch for when a kid does something right, and you tell them it was great. Students need to be told what they’re doing well so they can make the most of it.

MP: Who should come to “Nadia” and why?

MF: Anybody who likes stories about strong women persevering would like this play. Anybody who’s lost a sibling or a family member to a debilitating disease would identify with this woman. [Nadia’s sister, Lili, died young from Crohn’s disease.] I would love to see music teachers be emboldened by her teaching to do what they do well.

Teachers especially should know about her. They should know why she was so revered. People should pay homage to the art of teaching. They don’t give it enough credit. In this Trumpian world, with the distrust of truth, the distrust of expertise and science and knowledge, it’s sort of a political statement to honor a teacher who gave so much of herself. [Nadia] loved teaching, she loved her students, she loved that constant contact. She was a networker from day one. She would have been emailing for five hours a day.