Laughter and learning about politics and policy don’t usually share a space, but they have in the Twin Cities since 2011, when Tane Danger and Brandon Boat founded the Theater of Public Policy, or T2P2 for short. Longtime friends and Gustavus Adolphus grads, they have made even the dullest subjects lively by combining interviews with comedy improv. Invited guests – newsmakers, politicians, leaders, policy wonks – are interviewed in conversation by a member of the T2P2 team (during which you see how thoroughly they’ve done their homework), after which the troupe performs sketches based on the conversation and made up on the spot. Then the guest answers questions from the audience, and the show ends with one more round of improv. If school worked like this, we’d all be a lot smarter in civics and probably happier.

The 2017 fall season runs Mondays in October and November at the Bryant-Lake Bowl Theater, where you can eat pad Thai and drink beer while you watch and listen. (The BLB menu is much larger; these are just suggestions based on experience.) Here’s the schedule.

Oct. 9: Beyond the One Room Schoolhouse: Education in Minnesota’s Biggest Cities. The guests are two school superintendents, both new to the job: Ed Graff of the Minneapolis Public Schools and Joe Gothard of the St. Paul Public Schools.

Oct. 16: Erin Murphy: Nurse … State Representative … Governor? She was a nurse at the University of Minnesota Hospital, then she ran for the state House and won, and now she’s a DFL candidate for governor.

Oct. 23: A Manufactured Home Is Where the Heart Is. Kevin Walker, director of business development for Northcountry Cooperative Foundation, and Star Tribune metro reporter Miguel Otárola will talk about mobile homes, trailer parks, the need for them and the loss of places to put them.

Oct. 30: Walzing to the Governor’s Mansion? Rep. Tim Walz, a former schoolteacher and Army National Guard veteran who was first elected to the U.S. House in 2006, is also a DFL candidate for governor.

Nov. 6: R2D2 Take the Wheel! Frank Douma of the Humphrey School of Public Affairs will tackle the ethical, logistical, cultural, and infrastructure questions we all have about self-driving cars.

Nov. 13: Making Sense of the Census. Minnesota State Demographer Susan Brower and Bob Tracy, director of public policy and communications for the Minnesota Council on Foundations, will talk about the census (the next one is set for 2020), how it works, and whether accuracy matters all that much.

Nov. 20: The Diva of DEED. Shawntera Hardy, whose title is the commissioner of the Department of Employment and Economic Development, will educate us on DEED and what it does.

Nov. 27: Where Did Aldi Little Grocery Stores Go? What happened to Red Owl? Should we care that Amazon bought Whole Foods? Can Target make it in the groceries business? Why is everyone so excited about Hy-Vee?

See – this is all stuff you want to know more about. It’s stuff you need to know more about, to be an effective and savvy citizen. T2P2 makes it go down easy, a spoonful of sugar on the tongue. And they are not mean, so if you’re ever asked to be a guest, say yes. All shows are at 7 p.m. (doors at 6). FMI and tickets ($12-15).

The Minnesota State Fair never sleeps. Just when you’ve picked the last few cheese curd crumbs out of your pockets, here comes news of the first show confirmed for the 2018 Grandstand Concert Series. Singer Niall Horan, formerly of the UK-based boy band One Direction, has made his first solo album, “Flicker,” due out Oct. 20. He’ll be here with Grammy-winning country singer Maren Morris on the Fair’s opening night, Aug. 23, 2018. Tickets ($59/49) are on sale today at the Fairgrounds from 10 a.m. to 1 p.m., at etix.com or by phone (800-514-3849). Now that’s planning ahead. 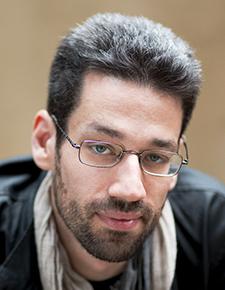 Tonight (Friday, Sept. 22) and Saturday at the Ordway Concert Hall: “Beethoven/5”: Jonathan Biss Plays Beethoven’s Fourth Piano Concerto. This is the third installment in the splendid series conceived by Biss, a celebrated piano soloist and popular Saint Paul Chamber Orchestra guest artist. The idea: to pair a Beethoven piano concerto with a new work by a living composer, written in response to the Beethoven. So far, the series has delivered Timo Andres’ “The Blind Banister” (paired with Beethoven’s Piano Concerto No. 2), which became a finalist for the 2016 Pulitzer Prize in Music, and Sally Beamish’s “City Stanzas” (Piano Concerto No. 1), which has since had several performances in Scotland and is on the BBC Philharmonic’s 2017-18 season. We’ll hear Piano Concerto No. 4 and the world premiere of Italian composer Salvatore Sciarrino’s “Il sogno di Stradella” (The Dream of Stradella), plus Schoenberg’s Chamber Symphony No. 2, a staple of the SPCO’s repertoire. Matthias Pintscher will conduct. This has been an exciting and rewarding series so far, thoughtful and brainy and revelatory, and any chance to see Biss at the keyboard is golden. 8 p.m. both nights. FMI and tickets ($12-50; kids and students free). Pre-concert talk at 7.

Saturday at participating museums: Museum Day Live! Pick a museum you’ve wanted to visit and get in free, with a guest. Presented by the Smithsonian, this annual event is your chance to try something new or return to a favorite. If you choose the Minnesota History Center, you can see two new exhibits that open that day: “Renewing What They Gave Us: Native American Artists in Residence,” which juxtaposes new works by five contemporary American Indian artists with MNHS artifacts that inspired them, and “AMVETS Post #5: Photographs by Xavier Tavera,” about a VFW post begun by Mexican and Mexican-American vets after Vietnam, when they weren’t allowed to join existing VFW clubs and American Legions. That exhibit includes 35 large-scale color portraits. Here’s a list of participating museums in Minnesota, from Albert Lea to Winona. You’ll need to download a ticket. FMI (be sure to read the rules).

Saturday at Orchestra Hall: FinnFest Finale Nightcap: Vänskä Plays Sibelius. This is a big weekend at Orchestra Hall, when our famous Finnish maestro and his band are celebrating the 100th anniversary of Finland’s independence. They’ll play two big concerts of Finnish music on Friday and Saturday at 8 p.m. (FMI on those), and this: a shorter, more intimate late-night chamber concert, also in the Hall, when Vänskä will trade baton for clarinet and sit down with his fellow musicians including Erin Keefe, Doug Wright, Rebecca Albers, Charles Lazarus, Ellen Dinwiddie Smith and guest violinist Elina Vähälä. On the program: Sibelius’ Overture in F minor for Brass Septet and “En Saga.” 10:30 p.m. FMI and tickets ($25; $20 under 40; $12 student rush).

Sunday at Crooners: Evan Christopher. The New Orleans-based clarinetist fluently speaks the musical language of Sidney Bechet and Barney Bigard, has a deep and intimate knowledge of the history of jazz, is a virtuoso player and adds his own distinctive voice, making traditional music for the 21st century. We’ve seen him many times and it’s never enough. With Richard Johnson on piano, Jeremy Boettcher on bass and Adrian Suarez on drums. 7:30 p.m. in the Dunsmore listening room. FMI and tickets ($20). P.S. We hear that Crooners has just been spiffed up.

Monday at the Amsterdam: Hans-Joachim Roedelius with Paris1919. Here’s something you won’t see every day. Amsterdam owner and big-eared music fan Jon Oulman describes Roedelius as a “Krautrock superhero and founding member of CAN and Cluster who worked with and influenced Brian Eno and David Bowie.” Pitchfork’s Brian Howe wrote, “Born in Berlin between the world wars, Roedelius is an elder statesman who epitomizes everything we associate with German experimental music over the last four decades.” Krautrock, btw, is not the blues-based rock we know. What we’ve heard of Roedelius so far is ambient, low-key and flowing. Now 82, he’s been enormously influential and prolific. Paris1919 is the quasi-collective musical group from producer/experimentalist/culture remixer Chris Strouth. Doors at 6 p.m., show at 7. 18+. FMI and tickets ($15 advance, $18 day-of). 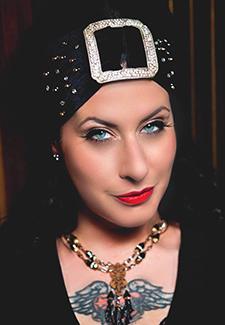 Monday at the Guthrie: “Is That All There Is?” Remembering Peggy Lee. The Dakota is busting out of its Nicollet Mall home. On Sunday, it will present the Jazz at Lincoln Center Orchestra led by Wynton Marsalis at Orchestra Hall. (FMI on that.) On Monday, it’s off to the Guthrie with another really big show: a tribute to sexy singer Peggy Lee, the songs she made famous and the life she led. Not the usual parade of singers and songs, this event looks to be star-studded and varied, hosted and narrated by Lee’s biographer James Gavin (“Is That All There Is? The Strange Life of Peggy Lee”), featuring Nellie McKay, Catherine Russell, Davina Lozier (of Davina and the Vagabonds), Jonatha Brooke, the New Standards (Chan Poling, John Munson, Steve Roehm) and a band that includes drummer Nathan Norman, guitarist Dean Magraw and horn players Aaron Hedenstrom, David Wright III, Solomon Parham and Ben Bussey. What a lineup! The big question: who will sing “Fever”? 7:30 p.m. on the Wurtele Thrust Stage. FMI and tickets ($35-65).

Monday at the Loft: Eileen Myles: Afterglow (A Dog Memoir). If you’ve ever loved a dog (we’re talking about the four-legged kind), this is for you. Myles, an award-winning author of 20 books, whose poems have been featured in seasons 2 and 3 of the Emmy-winning TV show “Transparent,” pays homage to Rosie in a performance that encompasses screenplay, monologue, science fiction, lucid memory, photos, diagrams, drawings and poems – a mosaic of their life together. 7 p.m. in the Performance Hall. $10 at the door, $5 if you’re a member.