Stars will shine – and take questions from the audience – at the 2017 Twin Cities Film Fest. But first, a few clarifications. The Twin Cities Film Fest (TCFF) is not the same as the Minneapolis St. Paul International Film Festival (MSPIFF). TCFF happens in the fall, MSPIFF in the spring. TCFF is eight years old, MSPIFF is 36. TCFF takes place in one location, the Showplace Icon in St. Louis Park. It’s more Hollywood, less international. Buzzed-about studio releases are mixed with indies and Minnesota-made films. And it’s Fest, not Festival.

For this year’s TCFF, which starts Oct. 18, Minnesota native Lea Thompson will be here opening night for the world premiere of her directorial debut, “A Year of Spectacular Men,” starring her daughters Zoey Deutch and Madelyn Deutch. All three will take part in a Q&A after the screening. Another Minnesota native, Rachael Cook, will be here Oct. 28 for “A Midsummer Night’s Dream,” which sets Shakespeare’s play in Hollywood. Alex and Andrew Smith, directors of “Walking Out,” will be here with star Josh Wiggins on Oct. 27. Patrick Fabian (Howard Hamlin in “Better Call Saul”) will conduct a Q&A after the screening of “DriverX” on Oct. 27.

Women directors will be in the spotlight. All three anchor films were directed by women: opening night’s “A Year of Spectacular Men,” closing night’s “Permanent,” with director Colette Burson attending, and the centerpiece film, Joanne Hock’s “Purple Dreams,” a true story about the power of an arts education. Hock will also be here. All told, TCFF features more than 50 women filmmakers.

Film buffs will also have early chances to see “All in the Circle” by Minnesota’s Isaiah Bischoff, who was just 12 years old when he made the film, and the Werner Herzog-produced “A Gray State,” about David Crowley, the aspiring Apple Valley filmmaker who murdered his family and killed himself in early 2015. “A Gray State” director Erik Nelson will be in attendance at the world premiere of the director’s cut. 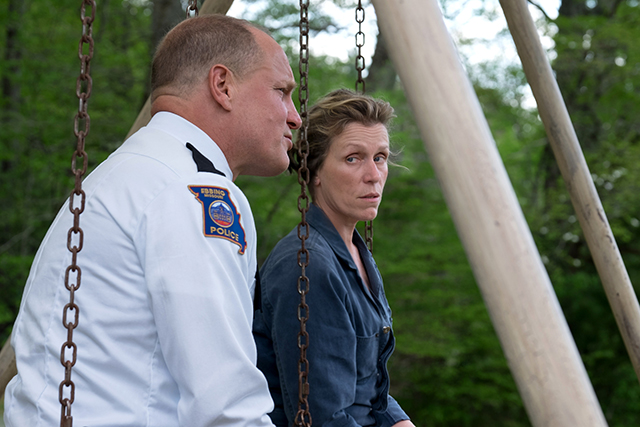 Courtesy of the TCFF
Woody Harrelson and Frances McDormand in a scene from the movie “Three Billboards Outside Ebbing, Missouri.”

New this year: the Film Fellows program for college and post-secondary students, and the Fun Is Good Bill Murray “Shorts” Award, an annual award for the festival’s outstanding comedic short film. The winner will receive a $500 grant and a “loosely inspired replica” of the camo shorts Murray wore in “St. Vincent.” Murray will pick the winner, to be announced on the fest’s closing night.

More than 12,500 people attended TCFF in 2016, twice as many as 2014. Over 11 days, more than 123 films will be screened, up from last year’s 115. Scanning the schedule, released late Wednesday, we noticed several films we’d like to see. We’ll post our picks closer to opening night.

The Twin Cities Film Fest runs Wednesday, Oct. 18, through Saturday, Oct. 28. Tickets are available today (Sept. 29) to members and passholders. They go on sale Monday (Oct. 2) to everyone else. FMI and tickets.

After 16 years as the Walker’s fourth director, Kathy Halbreich stepped down in 2007 without knowing what she would do next. In 2008, she joined the Museum of Modern Art in New York as associate director.

MoMA announced Thursday that she would leave there to head the Robert Rauschenberg Foundation in Manhattan as its new executive director.

The Walker chronicles Halbreich’s accomplishments here on its website. The New York Times has the story of her latest move.

Now at the Guthrie: “Mala.” What does it mean to put our loved ones first, right to the very end? What happens when we try to be good but don’t always succeed? Written and performed by Cuban-American playwright and actress Melinda Lopez, this one-woman show won high praise in Boston and is making its Midwest premiere in the intimate Dowling Studio on the Guthrie’s ninth floor. Take in the views before and after through the giant windows overlooking the city and the Mississippi River. 7:30 p.m. FMI and tickets ($9). Ends Oct. 8. 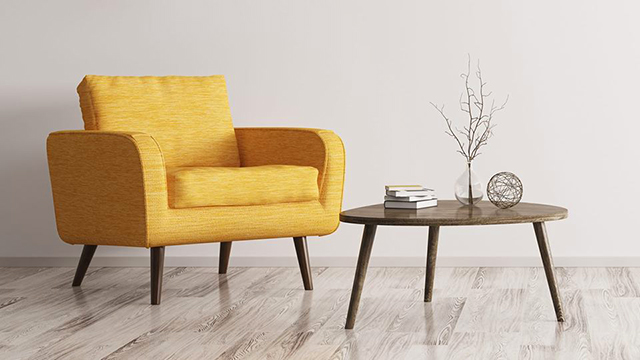 Photo by Russell Herder
The Twin Cities’ largest designer furnishing sample sale is hosted by the Minnesota chapter of the American Society of Interior Designers.

Today (Friday, Sept. 29) and Saturday at International Market Square: ASID MN Sample Sale. The Twin Cities’ largest designer furnishing sample sale is hosted by the Minnesota chapter of the American Society of Interior Designers. You don’t have to buy; you can just look longingly at the high-end designer furniture, lighting, rugs, art, home décor, all 50-80% off. Friday 9 a.m. – 6 p.m., Saturday 10 a.m. – 2 p.m.  Free admission and parking. If you plan to shop, bring your credit card. Cash and checks are not accepted.

Today and Saturday at the Minnesota State Fairgrounds: Rummage 2017. One weekend, two completely different sales: the chichi ASID Sample Sale at IMS (above) and this at the Fairgrounds’ West End Market. Rummage is a pop-up craft market with stuff from 70+ local artists and retailers. Plus live music (the Pines, Enemy Planes, Dan Israel, Salsa del Sol and more), activities for all ages and beer. Friday 4-10 p.m., Saturday 10 a.m. – 10 p.m. FMI and tickets ($8 advance, $10 door, kids 14 and under free). Here’s a list of vendors and the music schedule.

Starts today at the Riverview Theater: Manhattan Short Film Festival. What’s the best short film of 2017? You can help decide. Screening in more than 250 cinemas on six continents, this reel includes 10 shorts that all qualify for Oscar consideration. Channel your inner Roger Ebert and vote for the one film and actor you feel should win. (You’ll get a voting card and a program when you arrive.) This year’s films are from New Zealand, Spain, the U.K., Latvia, Syria, Italy, the Netherlands, Georgia and the U.S. FMI, trailer and tickets. Also at the Andover 10 Theatre, the Bemidji Theatre, Mann Champlin Cinema 14, Mann Plymouth Grand 15 and the State Theatre in Zumbrota. 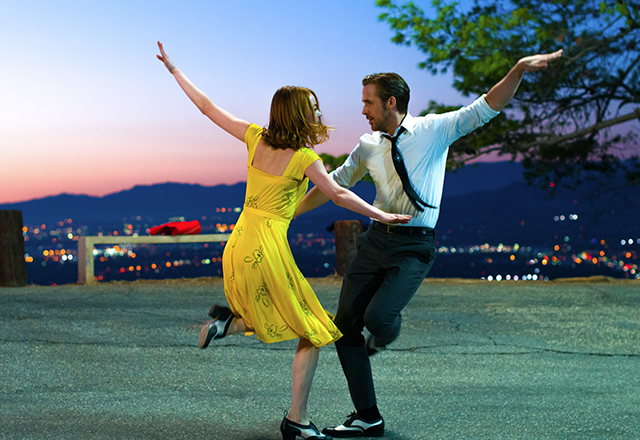 Photo by Dale Robinette
Ryan Gosling and Emma Stone in a scene from “La La Land.”

Saturday and Sunday at Orchestra Hall: “La La Land” in Concert. The best movie theater sound system can’t equal a live orchestra in a hall designed to hold it. Watching this six-time Oscar winner (including Best Score) while Sarah Hicks leads the Minnesota Orchestra in John Williams’s music will be a thrill. Hicks, the principal conductor for Live at Orchestra Hall, is becoming one of the world’s go-to maestros for this kind of concert, a highly complex undertaking she has compared to “playing a demented video game.” FMI and tickets ($35-90). Just a few tickets remain, but turnbacks happen. Coming up Oct. 27-28: “Raiders of the Lost Ark” in Concert.

Sunday at International Institute of Minnesota: Bridges 2017: “Minnesota: A Place Called Home.” This year’s Bridges concert explores the meaning of home through music, words and images of immigrants and refugees served by the International Institute of Minnesota. With the new vocal ensemble Border CrosSing and the mighty Minnesota Chorale. 4 p.m. Free admission. No tickets or reservations required.

Monday at Icehouse: JT’s Jazz Explosion: Tony Malaby. Curated by drummer JT Bates, this weekly series has become one of the best reasons to stay up late on a school night. (When we stopped by last Monday to see Osaka-born percussionist Tatsuya Nakatani and his gongs, the place was so full we couldn’t find seats.) Prodigious New York City-based saxophonist Malaby will perform with Bates and bassist Anthony Cox; after this show, their second gig together, they’ll tour for a week, then make a recording. 9:30 p.m. FMI and tickets ($12 advance or at the door). 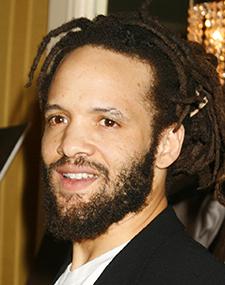 Tuesday and Wednesday at the Dakota: Savion Glover & Marcus Gilmore. How much rhythm can one stage hold? See and hear when Glover, “the greatest tap virtuoso of our time, perhaps all time” (Variety) and a Tony winner for “Bring in ’da Noise, Bring in ’da Funk” meets Gilmore, an inventive, in-demand drummer (he’s part of Vijay Iyer’s trio and grandson to Roy Haynes, the world’s greatest living jazz drummer). Glover has often teamed up with jazz musicians – Jack DeJohnette, McCoy Tyner and Geri Allen, to name a few – for live improvisational dialogues. This will be a meeting of rhythm masters. 7 and 9 p.m. both nights. FMI and tickets ($35-75).