Twenty-nine individuals, groups and arts organizations will share $1.29 million in funding from the Knight Foundation in the fourth year of the St. Paul Knight Arts Challenge. The winners were announced Wednesday at the James J. Hill Library, where Tish Jones delivered a new spoken word piece about the Challenge, Ragamala danced and the DeCarlo Jackson jazz group performed.

The Knight Arts Challenge is a program of the Miami-based Knight Foundation, which invests in cities where the Knight brothers once owned newspapers. (Knight Ridder owned the St. Paul Pioneer Press until 2006.) It’s open to anyone, and there are only three rules: 1) the idea must be about the arts, 2) the project must take place in or benefit St. Paul, and 3) the recipient must find funds to match Knight’s commitment within one year.

The Challenge came to St. Paul in 2013 as a three-year, $4.5 million commitment. We asked Victoria Rogers, Knight’s vice president for arts, what brought Knight back to St. Paul for the fourth time. “The Challenge was working in this city,” she said. “It was identifying new ideas. We’re committed to St. Paul and the arts and will continue to support individual artists and organizations to bring the best ideas in the arts to fruition.”

So the fourth Arts Challenge is not the last we’ll see of Knight Foundation in St. Paul? “Absolutely not,” Rogers emphasized. “It’s a city that understands the power of the arts to create the places that we want to live.”

As always, this year’s Challenge winners – drawn from 65 finalists selected from some 300 applicants – are a diverse and creative bunch, with ideas of all shapes and sizes. Greg Watson will use his $6,000 to print poems on paper fans at the Minnesota State Fair. Motionpoems will receive $125,000 to turn the Green Line into a virtual reality experience. The choral ensemble Border CrosSING won $5,000 for a concert with a bilingual Handel’s “Messiah.” Her $75,000 award will enable cultural producer Tana Hargest to convene a think tank of black artists to identify challenges facing St. Paul, propose solutions and share the work in community conversations, podcasts, residencies and more.

In between are ideas that will become songs, story collections, a wayfinding mural in the Creative Enterprise Zone, gatherings in community gardens, lawn art, films, a drive-through theater, an electro-acoustic opera, a Transgender Voices Festival, an aardvark sculpture, a refugee musical, and a performance featuring TU Dance and Bon Iver, to name a few. Here’s a complete list of winners and their projects.

“The arts are an economic driver,” Rogers added. “They shape and energize public spaces and places. We fund the arts because we believe they bring people together and connect us more deeply to the communities where we live. I would add that I think the arts create the kinds of communities and cities where we want to live.”

For winners, the challenge part starts now. They must raise the matching funds and get their projects done.

Midnimo residency at the Cedar canceled over visa delay

London-based Somali musician Aar Maanta has been to Minnesota twice before, in 2012 and 2015, for residencies with the Cedar Cultural Center. The first laid the groundwork for the Midnimo program, which began in 2014 and features Somali artists from Minnesota and around the world. Midnimo – Somali for “unity” – builds understanding of Somali culture, revives and preserves Somalia’s musical traditions, and fosters social connections between generations and cultures. All good things. 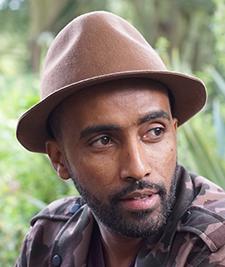 Courtesy of the Cedar
Aar Maanta

But not good enough for the travel ban. Though the four members of Aar Maanta’s band were granted visas, Aar Maanta, the only Somali and Muslim, was not. Despite outreach from Rep. Keith Ellison’s office, which contacted the U.S. Consulate in Belfast (where Aar Maanta and his band did their interviews) on Sept. 19 to request the timely processing of Aar Maanta’s visa, his application was “still undergoing additional administrative processing” as of Sept. 24. That was the last Aar Maanta heard from the consulate.

The visa application process began in May, when the Cedar submitted the required documentation to the USCIS (the United States Citizenship and Immigration Services). The interviews took place on Sept. 1 and the other band members received their visas promptly in the mail.

Aar Maanta and his band were scheduled to fly to Minnesota from London on Sept. 28. Their monthlong, statewide residency, which would have begun in Mankato this week, has been canceled. The residency would have toured to Minneapolis and St. Cloud, with a performance at the Cedar on Oct. 13.

The Cedar’s program manager Fadumo Ibrahim said in a statement, “This case is a concrete example of how travel restrictions and the travel ban limit artistic voices and freedom. While it’s obviously important for the artists, it’s equally important for the community who had been anticipating this residency. Aar Maanta’s visit to Minnesota would have brought hope and positivity to the Somali and larger communities here, at a time when we all really need it.”

Tonight (Thursday, Oct. 5) at the Minneapolis Central Library: Talk of the Stacks with Larry Olmsted. Want some parmesan cheese made of wood pulp? How about some fake Kobe beef? In “Real Food, Fake Food: Why You Don’t Know What You’re Eating and What You Can Do About It,” award-winning journalist and author Olmsted gives us the bad news about the U.S. food industry. One reviewer called this New York Times best-seller “the health equivalent of Ralph Nader’s ‘Unsafe at Any Speed.’” Doors at 6:15 p.m., program at 7. Free.

Today through Saturday at Orchestra Hall: Roderick Cox conducts everything. The Minnesota Orchestra’s associate conductor has been in the news. In August, he led South Africa’s Johannesburg Philharmonic Orchestra in a much-ballyhooed relaunch. (“Extravagant, elegant and moving. That’s how American conductor Roderick Cox was described,” said the Huffington Post.) NBC News did a four-minute feature about him. As one of the very few African-American conductors in the world, Cox gets noticed. Starting tonight, he’ll lead the orchestra three nights in a row. The performances today and Friday are subscription concerts, with music by Dominic Argento, Grieg and Rachmaninoff. 11 a.m. Thursday, 8 p.m. Friday. FMI and tickets ($25-96). For Saturday’s concert, “Send Me Hope,” Cox will conduct the orchestra, local artists and three African-American church choirs in a night of music meant to unify, heal and inspire. 7 p.m. FMI and tickets ($25; $20 under 40; $12 ages 6-17).

Opens Saturday at the Crane Theater: “The Minotaur.” In the Greek myth, the Minotaur – half man, half bull – lives at the center of a labyrinth. Theseus vows to kill the beast, and Ariadne, the daughter of King Minos, helps him. In Theatre Pro Rata’s modern retelling, the Minotaur is aware that he exists within a story and wants to change the ending so he doesn’t die. An updated Greek chorus tries to keep the narrative on track. Amber Bjork directs. With Kip Dooley, Stanzi D. Schalter and Derek Meyer. 7:30 p.m. FMI and tickets ($14-41; sliding scale at the door). 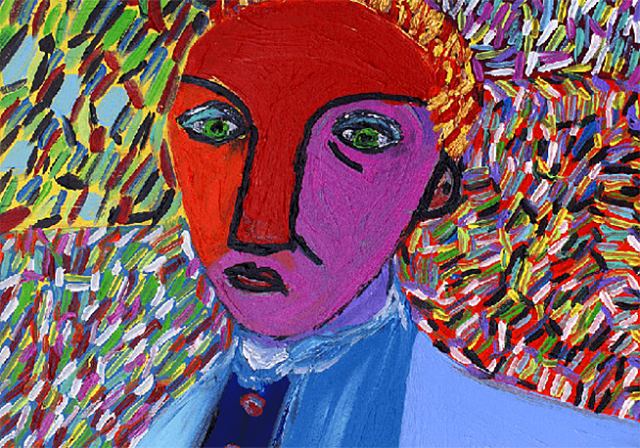 Courtesy of the artist
“Man with Sad Face” by Jimmy Reagan

Monday at United Theological Seminary: “Conversations with Jimmy: Art by Jimmy Reagan” artist reception. An internationally recognized outsider artist with autism spectrum disorder, Reagan finds conversation with words difficult. He communicates through bright, bold colors and “tick marks” inspired by van Gogh and other impressionist painters, who are among his many influences. Reagan will be there with family members. The reception will include a panel discussion with Jeff Anderson, Reagan’s art mentor; Peg Reagan, his mom; and Jann Cather Weaver, an emerita faculty member at United. In the Gallery. 6:30-8 p.m. Panel discussion at 7:15. FMI and registration. Free. Exhibition closes Nov. 30.

Tuesday at the Ordway: “The Simon & Garfunkel Story.” A hit on London’s West End, with a sold-out U.K. tour, this concert-style show has won glowing reviews and standing ovations. Backed by a three-piece band and projected images, Taylor Bloom (Paul Simon) and Ryan M. Hunt (Art Garfunkel) sing and strum songs that helped define the 1960s: “The Sound of Silence,” “Mrs. Robinson,” “Bridge Over Troubled Water,” “The Boxer” and more. The story spans their early days to the 1981 Central Park reunion concert. Big nostalgia, beautiful songs. 7:30 p.m. FMI and tickets ($37-67).